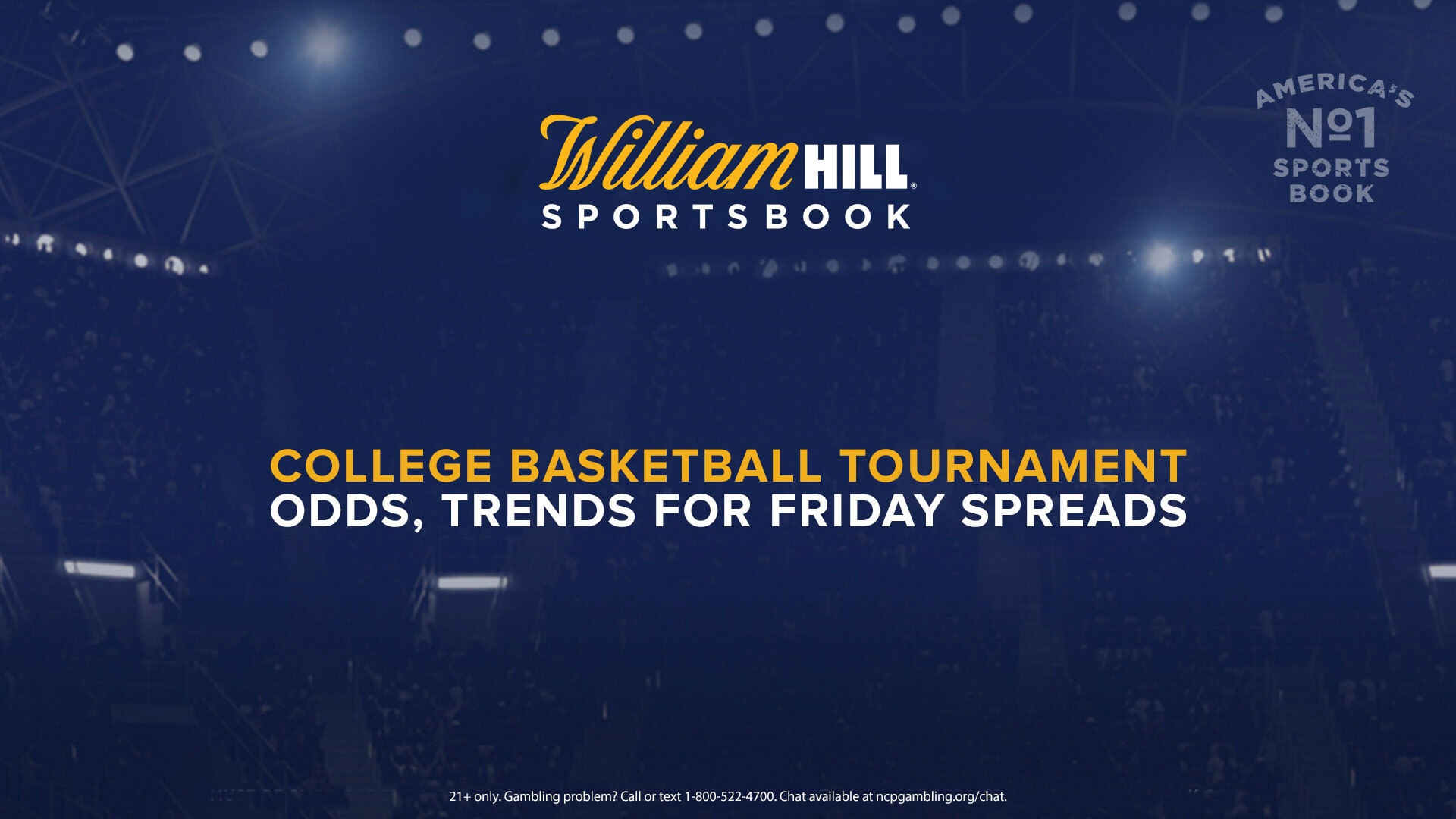 Feeling the butterflies yet? We are one day away from the first 16 games of the Round of 64. Whether it’s last-second shots or major upsets, tomorrow’s non-stop action will be filled with heart-pounding drama.

So what are the most popular bets at William Hill for Friday’s contests?

Interestingly, the Friday spread with the biggest handle thus far at William Hill is an 8 vs. 9 showdown.

“The two biggest [Round of 64] handles so far are Colorado-Georgetown and North Carolina-Wisconsin,” said Nick Bogdanovich, Director of Trading for William Hill US. “North Carolina-Wisconsin is going to get plenty of good two-way action, two great programs in two of the top conferences. I think we’re going to end up needing Wisconsin small, but this shouldn’t be that big of a decision.”

No. 8 North Carolina opened as a slight 1-point favorite over No. 9 Wisconsin and reached as high as -2 before settling at its current number of -1.5. The Tar Heels have attracted 60% of the total number of tickets and 68% of the total dollars wagered among all spread bets against Wisconsin.

Another 1.5-point favorite, however, is the most lopsided spread bet among Friday’s games as of now. After opening at pick’em against No. 7 Clemson, the line has shifted 1.5 points in favor of No. 10 Rutgers. The Scarlet Knights are the only higher seed that is a Round of 64 favorite at William Hill.

Rutgers has generated 76% of the total number of tickets and 86% of the total dollars wagered among all spread bets against Clemson, leading all teams playing on Friday in both categories.

But which teams getting points have caught the attention of William Hill bettors?

“Winthrop will definitely be a public dog,” Bogdanovich said. “Villanova really stumbled down the stretch after those injuries. I think those dogs in the 6-8 point range are the ones that will get the real public dog money. Oregon State isn’t on the same level as Georgetown among the major conference tournament champs, but we’re likely going to need Tennessee in that one too.”

Winthrop leads the way with 74% of the total number of tickets among all Friday underdogs, while Oregon State is tops in total dollars wagered at 73%.

There are also two clashes tomorrow where William Hill bettors are divided on which team will cover the spread.

“Oklahoma State-Liberty should be a huge handle game,” Bogdanovich said. “Oklahoma State is a very popular team, lot of big TV games the past month and Cade Cunningham is the man. But Liberty has been really good now for a few years. I don’t think Liberty will end up being a public dog since Oklahoma State has the best player in the country. I don’t think this game will be a big decision for us.”

Check out William Hill’s latest odds and trends for every NCAA tournament Friday game spread below.