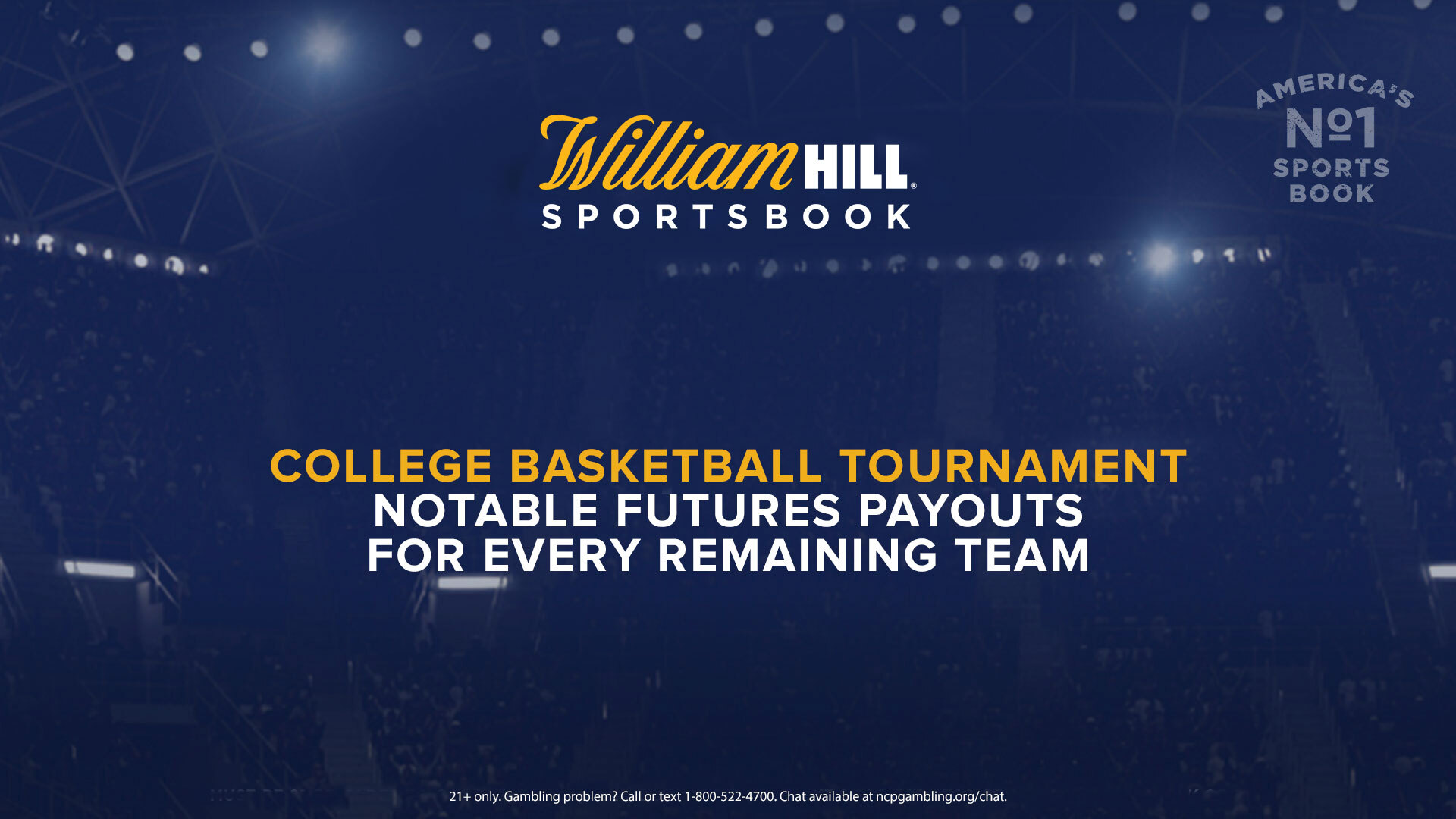 Many William Hill bettors have college basketball futures tickets that are still alive, however which bets have the most on the line?

We dug up the most noteworthy championship and regional futures for every Sweet 16 participant placed at any point during the 2020-21 season at William Hill.

The biggest remaining college basketball championship futures wager is on Michigan. An Illinois bettor put $30,000 on Michigan +800 back in late February, and then placed another $30,000 on Michigan +550 a couple days later. If the Wolverines were to win the national title, the total payout on those wagers would be $465,000.

The third No. 1 seed left in the field has also attracted a sizable futures wager, though this one just needs two more victories to cash. A Nevada bettor staked $25,000 on Baylor +175 to win the South Region for a total potential payout of $68,750.

Check out William Hill’s noteworthy futures wagers and payouts on every Sweet 16 team below.