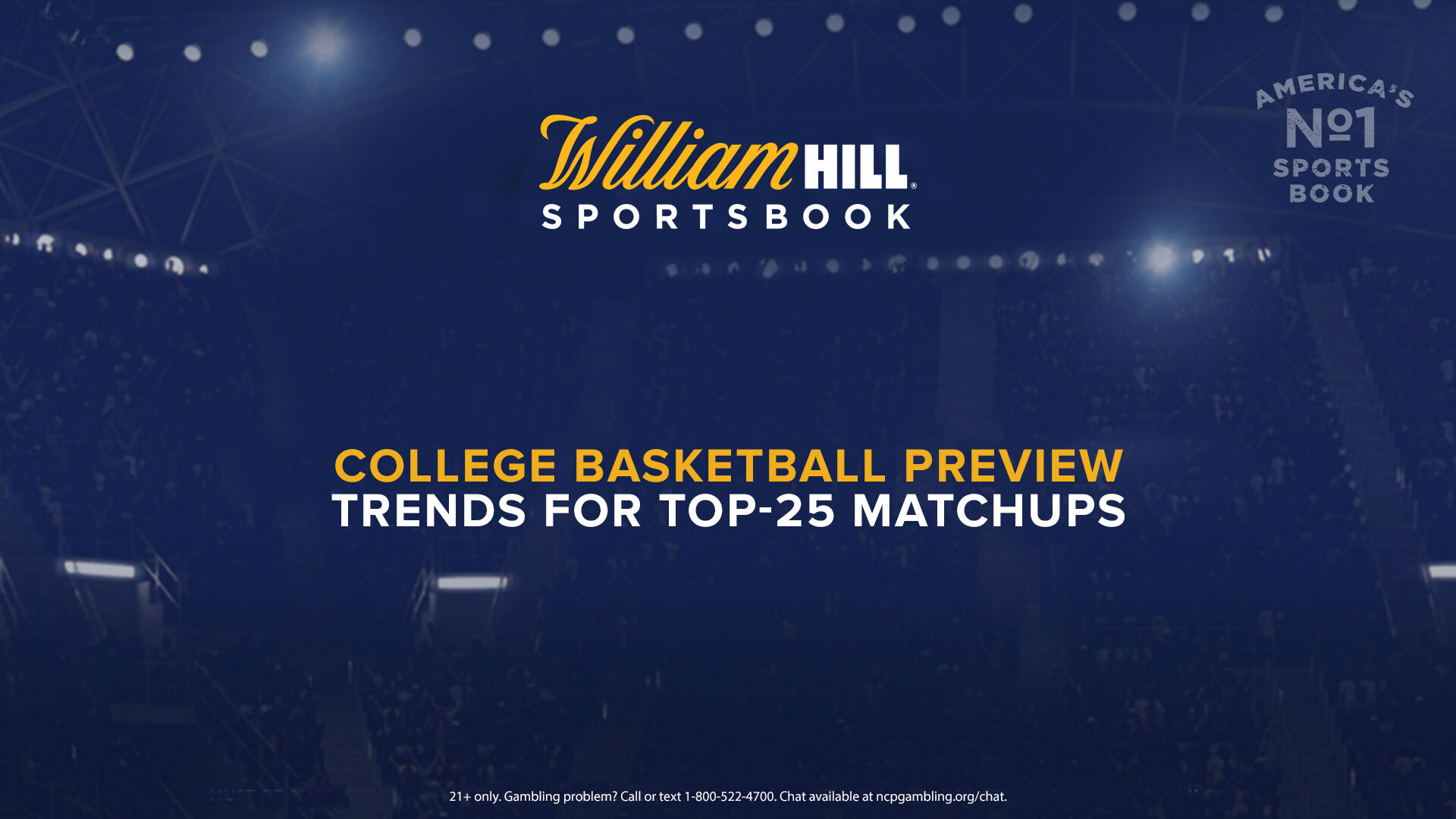 It’s a Tuesday filled with terrific matchups in college basketball, as three top-25 clashes headline a monster day of hoops.

In the first ranked showdown of the day at 5 p.m. ET/2 p.m. PT, a pair of top-10 teams meet at Allen Fieldhouse when No. 8 Creighton takes on No. 5 Kansas. After the Jayhawks dropped their season opener to No. 1 Gonzaga, they’ve won four straight. The Bluejays enter with a spotless 3-0 record to start the year.

“Great game, and the start of a phenomenal day for college basketball,” said Nick Bogdanovich, Director of Trading for William Hill US. “We opened 149 up to 150.5, Creighton plays fast so they think they’ll drag Kansas with them. For the spread, we opened Kansas -4 and been at 4. I guess I can see this line going down a bit, I don’t think Kansas is anything to fear this year and Creighton looks pretty good to me.”

The ACC/Big Ten Challenge commences tonight, with the first marquee contest being No. 16 North Carolina at No. 3 Iowa at 7:30 p.m. ET/4:30 p.m. PT. The Hawkeyes are undefeated after three games, however this will be their first battle against a ranked opponent this season. Iowa is a slight 3-point favorite currently at William Hill.

“This will be a big decision for us on Iowa, we’re already really high on them,” Bogdanovich said. “They’re betting Iowa like crazy and I don’t blame them. North Carolina, they’re up-and-down. They’re a young team, they have moments of brilliance and moments where they look like I can beat them. I think this will be our biggest decision today in college basketball, just because we have property in Iowa, and the action on their team is mounting and mounting fast.”

“Illinois, obviously the one big test they had Baylor and Baylor handled their business,” Bogdanovich said. “Duke is still Duke, even though they got beat by Michigan State on their home floor. They definitely don’t want to lose twice early on to major competition. So Coach K will have them focused. But who knows, it’s still early. These teams haven’t played many games and you still don’t know how good they are.”

Unlike the other two ranked games, William Hill bettors are siding with the underdog here. Illinois is receiving 69% of the total number of tickets and 87% of the total dollars wagered for all spread bets against Duke.