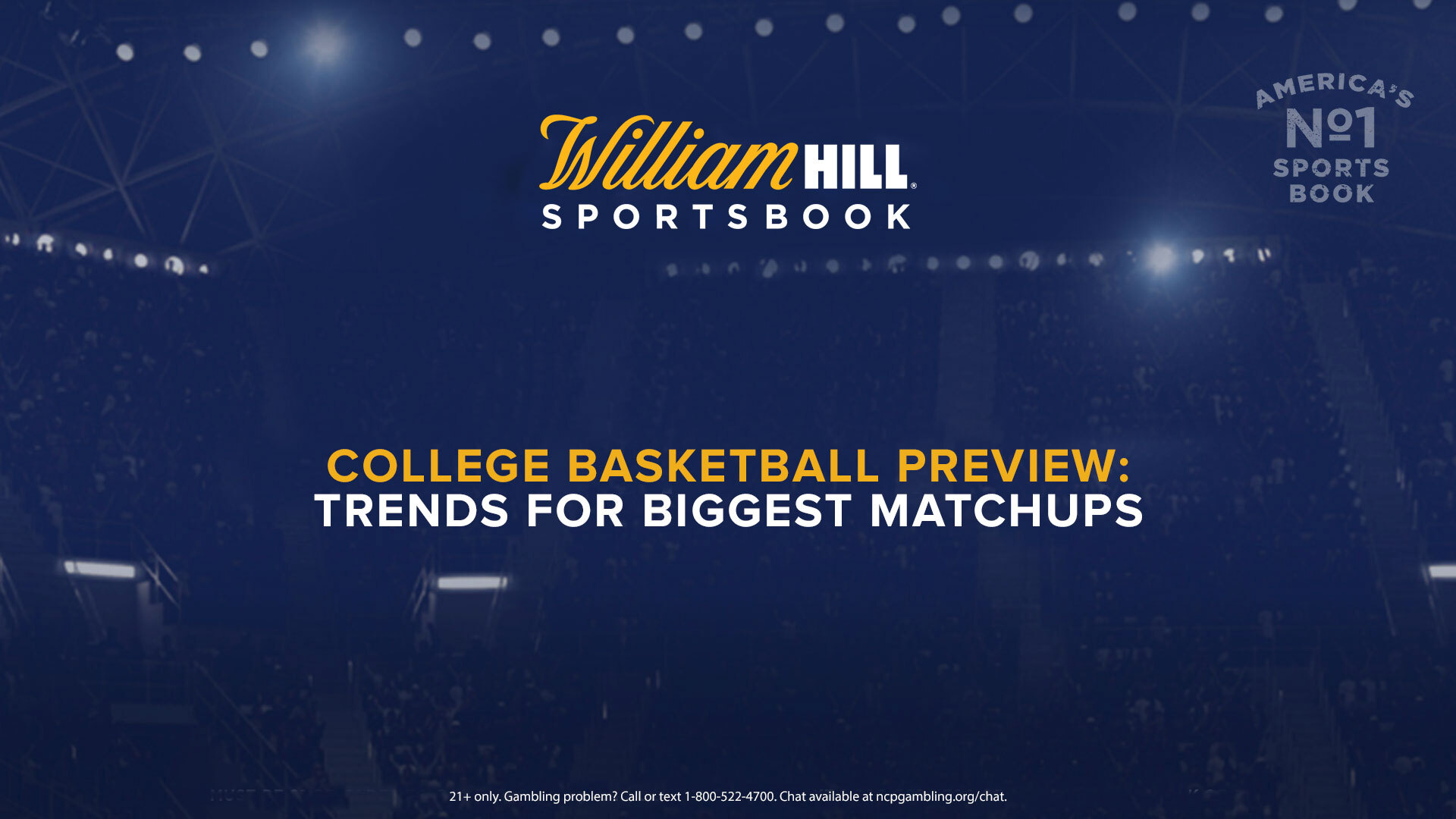 It’s another strong slate in college hoops, as four top-25 teams are in action today. Three of them are facing off against conference foes, and William Hill has odds up for each of those games.

At 7 p.m. ET/4 p.m. PT, a Big East battle is set between No. 7 Villanova and Butler. The Wildcats have jumped out to a 5-1 start this season, while Butler’s only game this season was a tight win over Western Michigan on Nov. 25. The Wildcats are currently 12.5-point favorites at home at William Hill, with the spread moving half a point from the opening number.

“It’s a great two-way game, the action that’s in the pot so far is very good for a 4:00 game,” said Nick Bogdanovich, Director of Trading for William Hill US. “We opened 12 up to 12.5. We’re high on Nova right now, but I’m just shocked at the handle already for this game. Villanova’s looked okay so far, not great. Their early form has been helter-skelter, which is probably pretty good for a bookmaker. But the talent is there, the pedigree is there and the coach is there.”

Another top-25 team will tip off at the same time, as No. 20 Ohio State heads to Mackey Arena to take on Purdue. The Buckeyes have raced out to a 5-0 start, however they’ll be without top scorer EJ Liddell as well as Seth Towns in this matchup. Purdue now sits as a 6-point favorite at William Hill.

“I think the key here is gauging Ohio State’s injuries and how much they’re worth,” Bogdanovich said. “We opened at 4, it’s up to 6. Decent action so far. Two really strong coaches [Matt Painter and Chris Holtmann] in this one. Highly recommend betting on them when they’re going against a lesser coach, though obviously they neutralize each other here.”

William Hill bettors are divided on this spread. While Ohio State is attracting 66% of the total number of tickets, Purdue is capturing 78% of the total dollars wagered.

At 9 p.m. ET/6 p.m. PT, No. 21 Duke hits the road to take on Notre Dame. Both teams have split their first four games of the season. The Blue Devils now find themselves at 28/1 to win the 2020-21 title at William Hill after beginning the season at 18/1. Yet, despite the disappointing start, Duke is still a road favorite tonight in South Bend.

“There’s been a little action on Notre Dame,” Bogdanovich said. “We opened at 4 and it’s down to 2.5. One of Duke’s top players [Jalen Johnson] is out as well to compound their problems. At the beginning of the season, this game would’ve been a lot higher. But Duke’s play and that injury along with Notre Dame playing halfway decent ticked it down to this range. Should be a great game, [Notre Dame coach Mike] Brey sure would like a win going up against his old boss [Duke coach Mike Krzyzewski.”

The home underdog has caught the attention of William Hill bettors, though. The Irish have received 59% of the total number of tickets and 62% of the total dollars wagered among all spread bets vs. Duke.

Check out William Hill’s latest odds for every game today involving a top-25 team below.