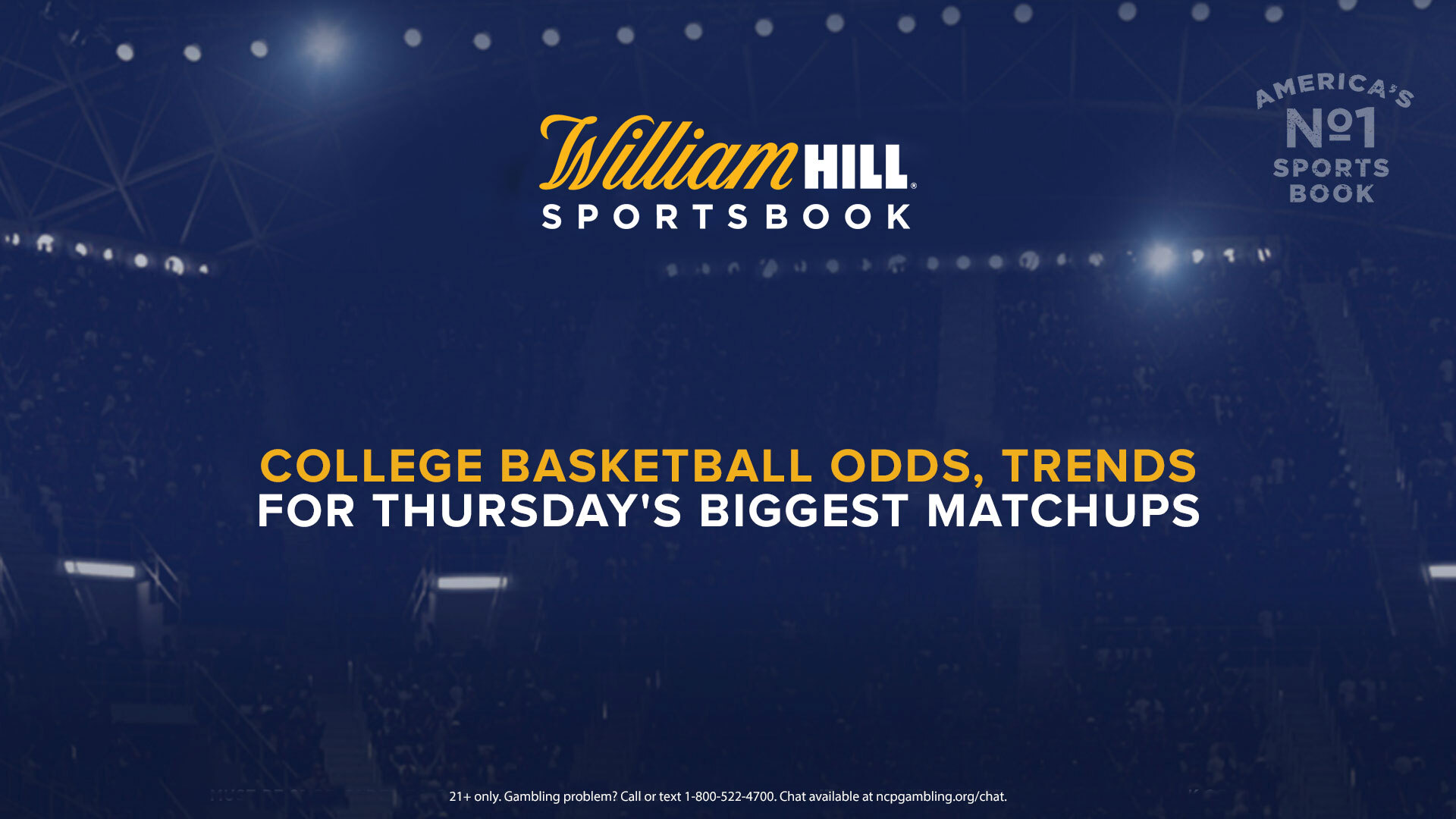 It’s a jam-packed night in college basketball, including a colossal clash between two of the top title contenders in the country.

For tonight’s matchup, the Wolverines are currently 5-point favorites at William Hill and -210 on the moneyline. Meanwhile, the Hawkeyes are +180 to pull off the outright upset and the total sits at 154.5. Michigan opened at -4 and the total was first posted at 156.5.

In the other ESPN game tonight, No. 4 Ohio State heads to East Lansing to square off against Michigan State at 9 p.m. ET/6 p.m. PT.

One showdown where a top-25 team is an underdog to an unranked foe is No. 19 USC at Colorado. The Buffaloes opened as 2.5-point home favorites at William Hill, and that line is now up to -3. Additionally, the total for this one is positioned at 136.5.

William Hill bettors are split on the spread in this Pac-12 head-to-head. USC has the edge with 58% of the total number of tickets, whereas Colorado has seized 73% of the total dollars wagered.