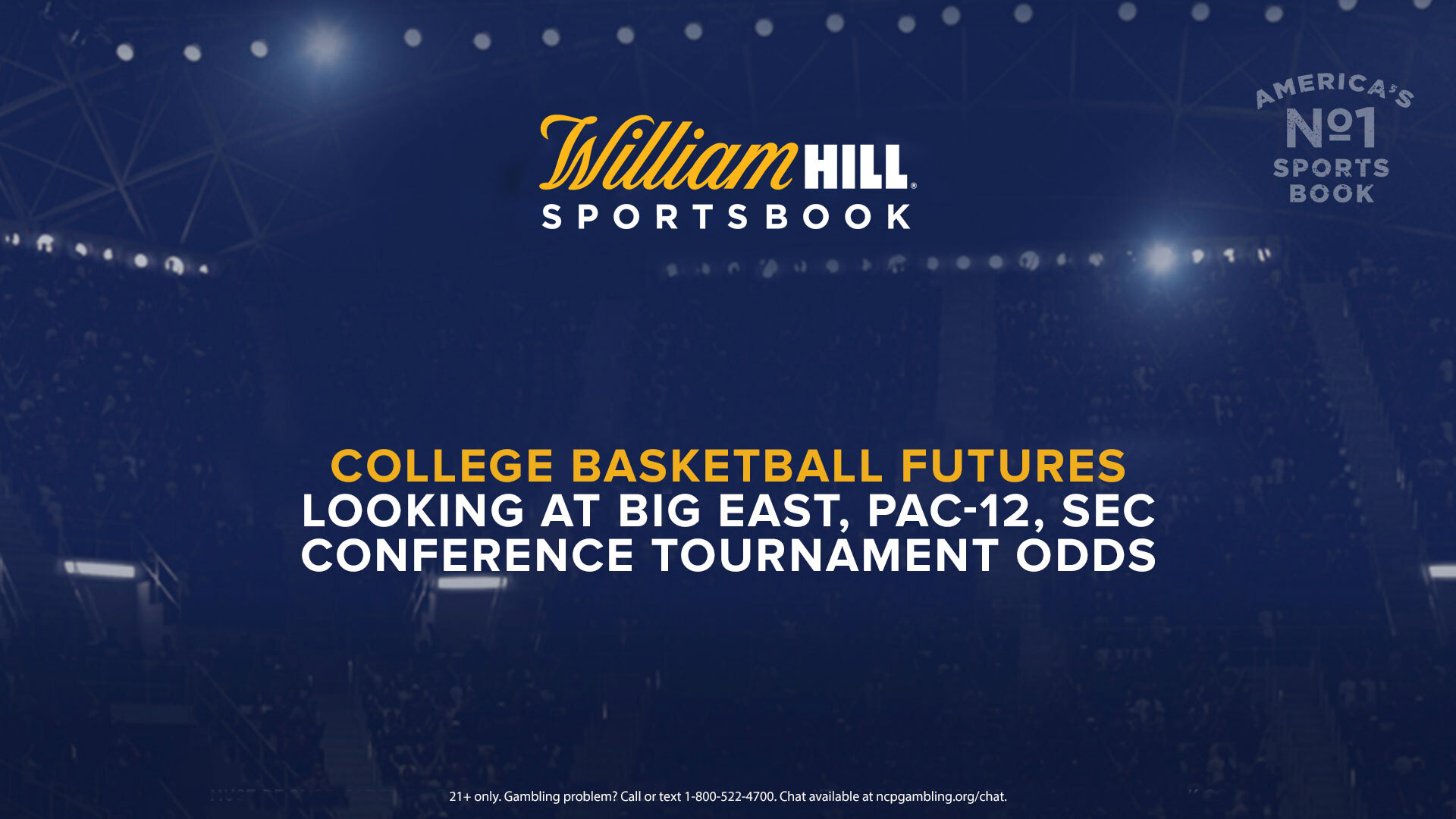 In the Big East, it’s awfully tight at the top. Villanova at +190 is edging out UConn (+240) and Creighton (+260). The Huskies enter the festivities at Madison Square Garden as the hottest team in the conference, as they’ve won their past four contests. St. John’s and Seton Hall are next to each other at 10/1 and 11/1 respectively. The two teams that follow have been bumped down with their conference tournament odds: Xavier (18/1 to 14/1) and Providence (25/1 to 22/1).

“Villanova lost their point guard [Collin] Gillespie and another key player, so they’re hurting,” said Nick Bogdanovich, Director of Trading for William Hill US. “Connecticut might be the team to look at here. They played without their best player for a lot of the year, and whenever that happens, other players develop. So now that [James] Bouknight’s back, they could definitely make some noise this week and next.”

Live from Las Vegas is the Pac-12, where there’s an interesting team at the top of the betting board. Of the six major conferences, the Pac-12 is the only one where the regular season champion isn’t the favorite or co-favorite in their conference tournament. Oregon finished in first with a 14-4 Pac-12 record, yet the Ducks find themselves with the third-lowest odds in the conference at +240.

Instead, USC leads the way at +200 with Colorado right behind at +220. After Oregon comes UCLA at +500, the only other team with odds lower than 25/1 to win the Pac-12 tournament. Utah and Stanford follow at 25/1, with Oregon State and Arizona State both at 40/1. The Sun Devils, one of the most disappointing teams in college basketball this season, were first priced at 65/1.

“Oregon’s really been coming on,” Bogdanovich said. “They had injuries during the season and played fewer games, but they look healthy now and have the best coach in conference. Usually Arizona is the class of the Pac-12, but they’re disqualified this year because of their shenanigans. Oregon, USC and Colorado, those three look really solid but no one will be shaking in their boots facing them. I think this tournament is wide open. Stanford and Arizona State were two of the more talented teams heading into the season, but they’ve been decimated by injuries. If one of them can regroup, watch out.”

Over in SEC country, Alabama followed up its national championship in football with a regular season title in basketball. The Crimson Tide are the +180 favorites in the SEC tournament, with Arkansas lurking nearby at +225. Tennessee (+450), LSU (+500) and Florida (+850) are all in range as well. Kentucky, the owners of a 9-15 record so far this campaign, has the seventh-lowest odds at 15/1. The Wildcats opened at 18/1 with Missouri (now 14/1) and Ole Miss.

“I think Alabama and Arkansas are threats to go really deep in the NCAA tournament,” Bogdanovich said. “I don’t see another SEC team that has that same upside. Arkansas is peaking at the right time and they have a great coach, Alabama has stayed healthy and they can score with anyone. Kentucky will definitely get some action at that price. Last game they looked good and people think just because they’re Kentucky that they can flip the switch.”

Check out William Hill’s latest odds for the Big East, Pac-12 and SEC conference tournaments below.