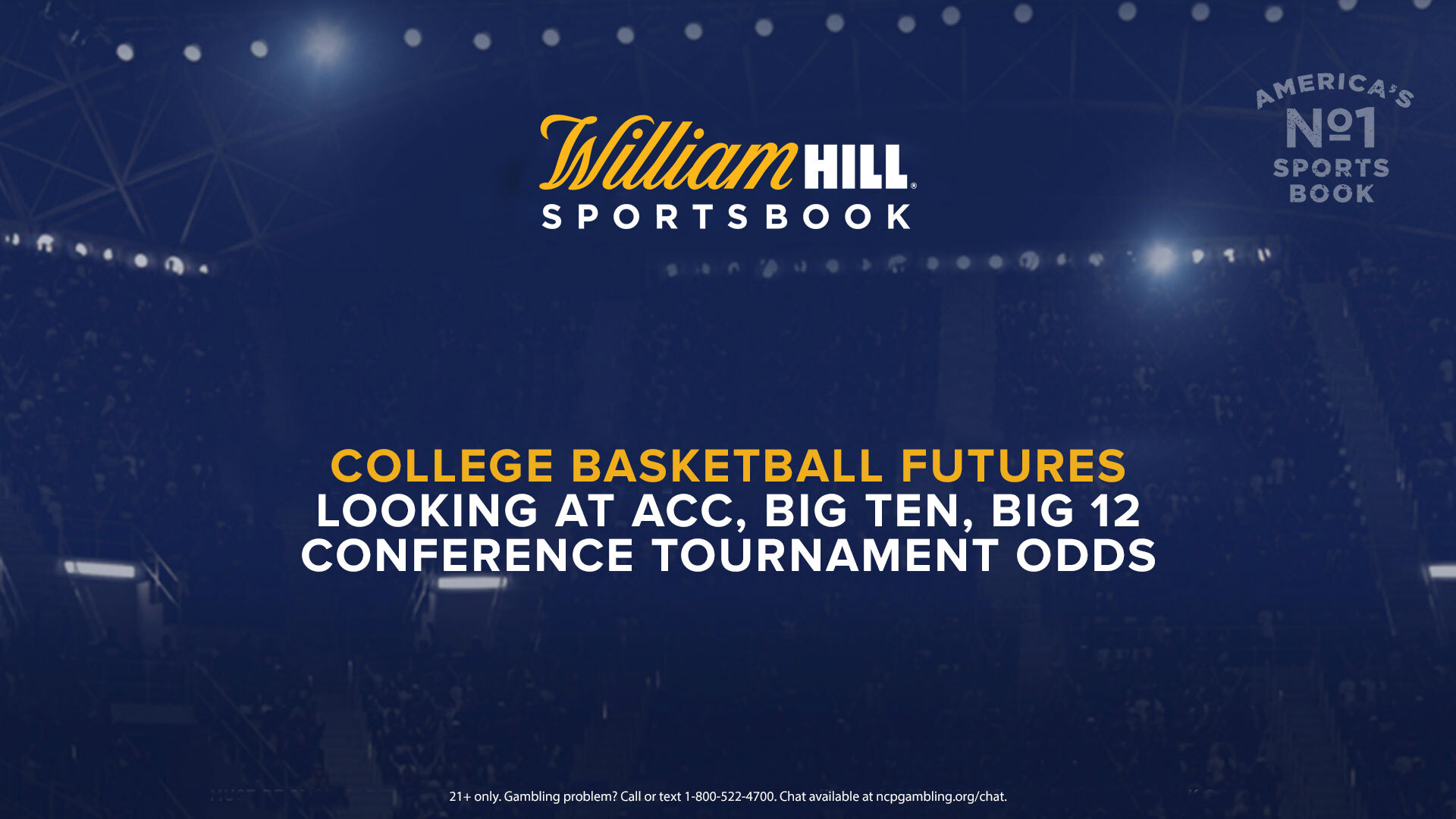 Let’s take a look at some of the conference tournaments that are tipping off soon, starting with the ACC tomorrow.

ACC regular-season champion Virginia as well as Florida State are the +250 co-favorites at William Hill, followed by Georgia Tech and North Carolina at +550 apiece. Duke, which finished in 10th place with a 9-9 conference record, is tied for the sixth-lowest odds with Clemson at 12/1.

“Looking at the ACC, I don’t think there are any great teams,” said Nick Bogdanovich, Director of Trading for William Hill US. “There are a bunch of good ones, so any of them can make runs in this. Weird year for the ACC, and a down year for sure. Duke may have to win the entire ACC tournament just to get into the field. Virginia and Florida State are the top teams, but Georgia Tech is interesting. They came out of nowhere, they’re young and scrappy, so hats off to them.”

The Big Ten is filled with strong contenders this season, as four of the teams (Michigan, Illinois, Iowa and Ohio State) with the seven lowest title odds at William Hill belong in this conference.

Illinois and Michigan are the +180 co-favorites to be the last team standing in the Big Ten conference tournament, with Iowa close behind at +280. Ohio State has the fourth-lowest odds at +850 and Purdue is in range at 10/1. Wisconsin (18/1) and Maryland (30/1) are next, while Michigan State is listed at 50/1, which is the same price as Rutgers.

“This is the best conference this year by a mile,” said Bogdanovich. “Wouldn’t surprise me if the national champion came from this group. Illinois might be the best team in the country. They didn’t have their best player [Ayo] Dosunmu and they beat Michigan and Wisconsin on the road like it was nothing. This is a deep conference too. Michigan State has looked much better down the stretch and [Tom] Izzo is such an incredible coach. Wisconsin has struggled recently but they’re still a tough team.”

Of the six major college basketball conferences, the Big 12 is the only tournament that features an odds-on favorite. Baylor is way ahead of the pack at -175, as the Bears posted a 21-1 record in the regular season. Then several teams are packed in close: Kansas (+600), Texas Tech (+650), Texas (+800) and West Virginia (+850). Oklahoma State, with Wooden Award finalist and potential No. 1 pick Cade Cunningham, resides at 15/1.

“I’m a big Baylor fan. If I had to choose between Baylor and Gonzaga on a neutral, I’d take Baylor,” Bogdanovich said. “But the Big 12 is really strong, so many good teams. Baylor deserves to be such a heavy favorite to win this conference tournament, but if they lost to a West Virginia or Texas or Kansas, it wouldn’t be a shock. Oklahoma State could be a popular bet at that price, but Cunningham and their second-best player [Isaac Likekele] were both out last game. They need to get them healthy for the Big Dance, so they may err on the side of caution in the Big 12 tournament to get them healthy for next week.”

Check out William Hill’s latest odds for the ACC, Big Ten and Big 12 conference tournaments below.