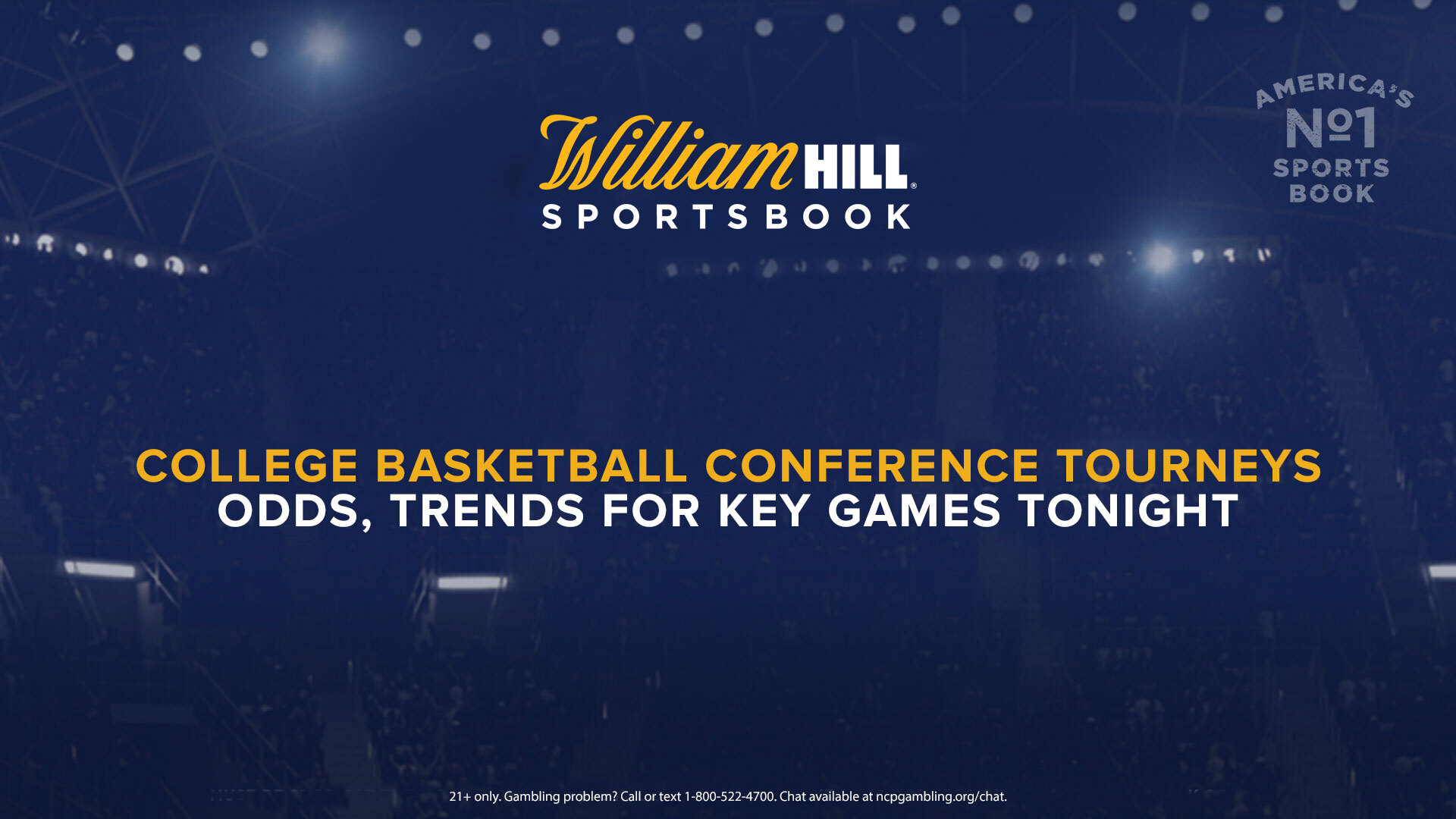 Many of college basketball’s biggest conference tournaments are tipping off today, with several teams in action later tonight hoping to keep their seasons alive.

The biggest name trying to work itself into the field is Duke. After crushing Boston College in the first round of the ACC tournament, the Blue Devils now take on Louisville at 6:30 p.m. ET/3:30 p.m. PT. Duke opened as a 2-point favorite at William Hill and has moved up slightly.

“Obviously Duke is fighting for its NCAA tournament life,” said Nick Bogdanovich, Director of Trading for William Hill US. “They opened up with a 35-point win, so people love that. Now they’re 2.5-point favorites on Louisville, a higher-seeded team. That’ll be a good game. Between that and North Carolina-Notre Dame, the ACC nightcap will be bet very well. Those will be the two biggest college games today for us.”

The majority of William Hill bettors are expecting another strong performance from the Blue Devils.

The favorite is getting lots of love in the other aforementioned ACC matchup too.

There are a couple interesting matchups tonight in the first round of the Big East tournament as well. Xavier squares off against Butler at 6 p.m. ET/3 p.m. PT, followed by Providence and DePaul meeting up at 9 p.m. ET/6 p.m. PT. Providence (-280 ML) opened at -7 and Xavier (-250 ML) was first listed at -6, and those spreads have remained there.

While William Hill bettors are aligned on Providence against the spread thanks to the Friars generating 84% of the total number of tickets and 82% of the total dollars wagered, they’re divided on who will cover between Xavier and Butler. The favored Musketeers have edge in total number of tickets at 54%, yet the Bulldogs have the advantage with 83% of the total dollars wagered. Butler has drawn a $20,000 wager at +6.5 (-115) for a total potential payout of $37,391.30.