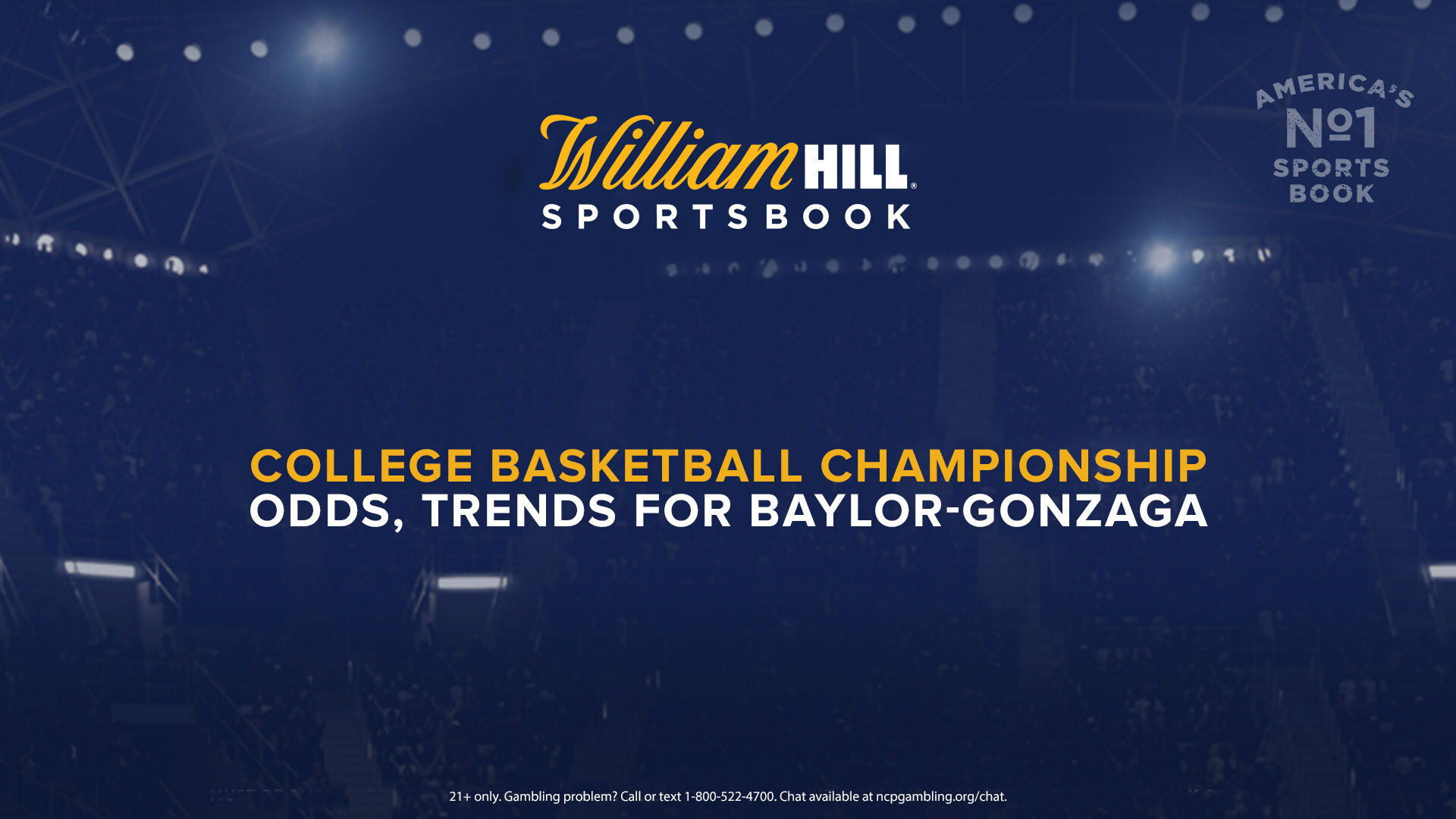 We’re a mere few hours away from a colossal clash in college basketball. Gonzaga (+700) and Baylor (10/1) had the lowest odds at William Hill to win the national title when the season tipped off on Nov. 25. Now, they’re the final two teams left in March Madness and are competing for the championship tonight at 9:20 p.m. ET/6:20 p.m. PT on CBS.

Undefeated Gonzaga is currently a 4.5-point favorite over Baylor, just the second time this tournament where the Bulldogs haven’t been double-digit chalk. This is also the first game this campaign that Baylor will be an underdog, though the Bears were listed at +3 before their Dec. 5 regular season game against Gonzaga was cancelled due to COVID-19.

“The line’s come down, we opened at 5 and it’s down to 4.5,” said Nick Bogdanovich, Director of Trading for William Hill US. “I can definitely see it getting lower too. I think 3 would be a good line for this game, but the market has it 4.5. So we’ll see what happens. We probably won’t end up with a big decision one way or the other though. But I think this will be the biggest bet college basketball game ever.”

The moneylines and total for this contest have also shifted. Gonzaga’s moneyline is down to -190 from -220, while Baylor is now priced at +170 to notch the upset after first being displayed at +190. Like the spread, the total has also dropped by half a point, going from 160 to 159.5.

But how are William Hill bettors wagering on tonight’s title bout? Simply put, the majority of them are expecting the underdog to spoil Gonzaga’s perfect season.

Regarding the total, William Hill bettors are divided on whether it will go over or under the number as of now.

“We’ve got more money under than over, but that’ll change,” Bogdanovich said. “We’ll need this under for sure. No one bets Gonzaga games under. They even made UCLA go up and down with them. Baylor can push it too. Baylor definitely has the athletes to match up with Gonzaga’s pace, so I think people will be betting this game over.”

Check out William Hill’s latest odds and trends for tonight’s college basketball national championship between Gonzaga and Baylor below.