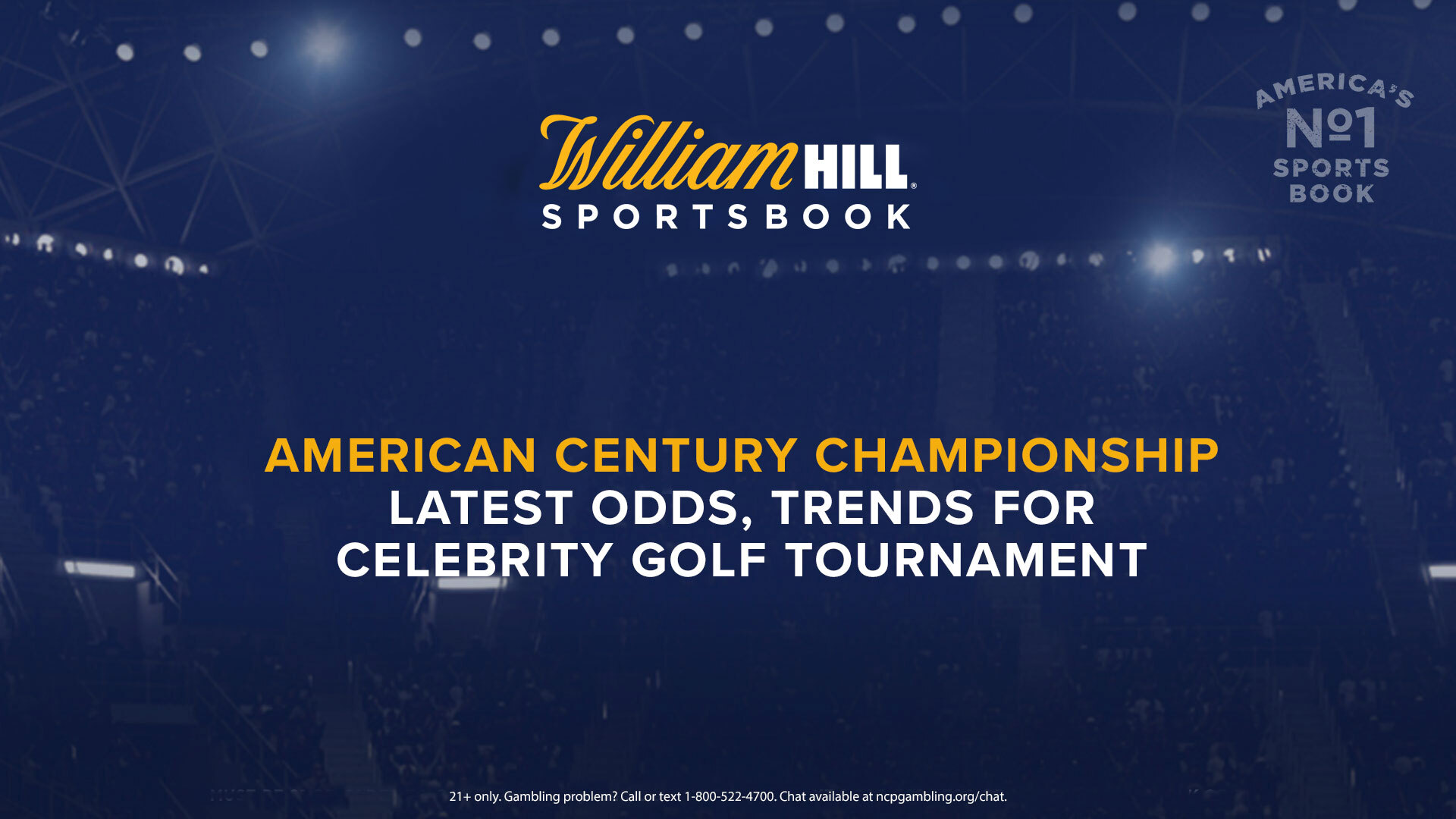 Whether it’s Hall of Famers, current top athletes or big-name celebrities, this year’s American Century Championship field has it all. William Hill Nevada has odds for all 90 competitors who will be teeing off at Edgewood Tahoe Golf Course in a 54-hole tournament starting on Friday.

“We’re getting solid action on this,” said Nick Bogdanovich, Director of Trading for William Hill US. “It’s on TV, it has a nice following and people that go up there to watch this like to have a bet on it. The majority of the bets are on who will win the tournament compared to the head-to-head matchups.”

Tony Romo is the current +150 favorite at William Hill to win the American Century Championship, followed by Mardy Fish at +200 and Mark Mulder at +400.

Fish reeled in his first American Century Championship in 2020, as the former professional tennis player finished on top with 76 points. Romo had finished in first place in 2018 and 2019, whereas Mulder pulled off the threepeat from 2015-17.

John Smoltz, Kyle Williams and Annika Sorenstam are tied for the fourth-lowest odds at +800, followed by Stephen Curry at 12/1. Joining the Warriors superstar in this field are his brother Seth (100/1) and father Dell (75/1).

At the bottom of the board is NBA Hall of Famer Charles Barkley, who is listed at 7500/1. Yet Barkley (7%) is only behind Sorenstam (13%) for total number of tickets to win the American Century Classic. Meanwhile, Romo (22%) leads the way in total dollars wagered with Sorenstam next at 16%.

Among William Hill’s props offered for the American Century Championship, Barkley finishing in the top 70 is drawing strong interest.

“They’re betting that prop, whether Barkley will finish in the top 70,” Bogdanovich said. “We actually have good-sized liability on that prop, they took the big plus prize that he will finish there. That’s been the most popular prop so far for this.”

Check out William Hill’s latest odds and trends below for the American Century Championship.