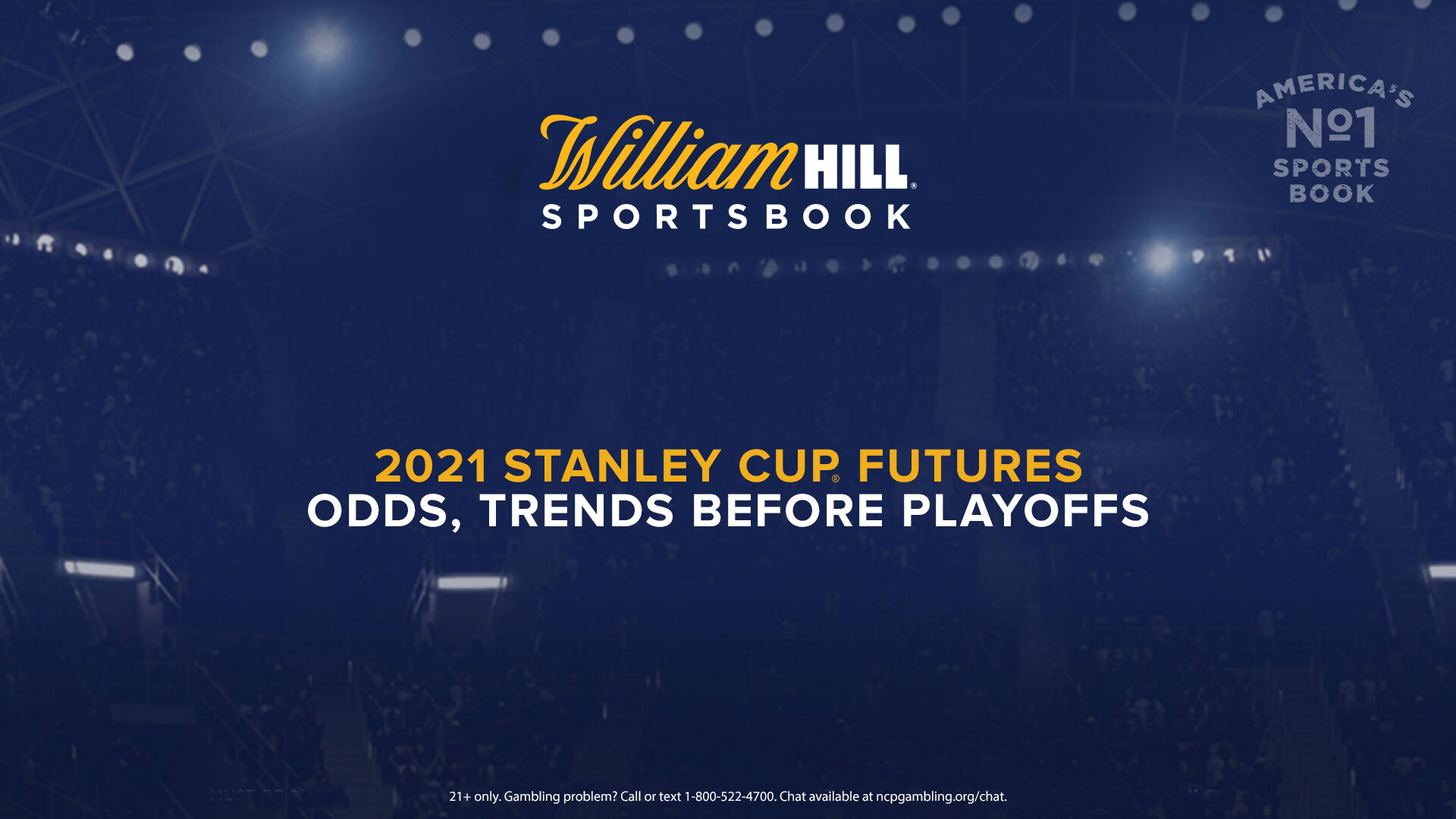 Buckle up sports fans, the Stanley Cup Playoffs are set to start tomorrow. For the 16 teams still alive in the quest for the Stanley Cup, the next couple of months will be a grueling battle. But for the most prestigious trophy in sports, it’s all worth it.

Before the puck drops tomorrow for Game 1 between the Bruins and Capitals at 7:15 p.m. ET/4:15 p.m. PT, let’s take a look at William Hill’s 2020-21 Stanley Cup futures heading into the playoffs.

The Maple Leafs, who clinched their first division title in 21 years by finishing atop the North Division, are close by at +650. Meanwhile, the defending champion Lightning are right behind at +700.

“The NFL strives for parity, but the NHL really is parity,” said Nick Bogdanovich, Director of Trading for William Hill US. “Anyone can beat anyone. You see nothing but games decided by one goal in these playoffs. So it’s not a shock that a bunch of teams are grouped together at the top.”

At +900, the Hurricanes are the fifth and final team with odds lower than 10/1. Then the three top squads from the East Division are all near one another: the Penguins and Bruins are each at 12/1 and the Capitals are at 16/1.

“The Hurricanes drew a lot of money down the stretch,” Bogdanovich said. “They got hot, so people really started backing them. That was interesting because they’re such a small-market team. They’re not like the Penguins or Capitals, those are big names because of their stars. Carolina is more of an under-the-radar team, but they still drew strong betting action.”

The teams that have been the most popular bets at William Hill to win it all, though, reside atop the board.

The Golden Knights lead the way in both total number of tickets at 21% and total dollars wagered at 19%.

“We’re a small loser to the Golden Knights, but small enough to where we want to see them win it,” Bogdanovich said. “We’d like to see a parade here in Vegas. The Wild and the Blues are the only two teams that would really hurt us, the Golden Knights would just nick us a little.”

The Avalanche rank second in each category, receiving 10% of the total number of tickets and 13% of the total dollars wagered. That includes one Washington, D.C. bettor placing $13,000 on Avalanche +550 for a total potential payout of $84,500, which is the largest singular 2020-21 Stanley Cup futures bet taken thus far at William Hill.

“We’re rooting hard for a Golden Knights vs. Avalanche series,” Bogdanovich said. “That series would be incredible for betting handle, and from a competitive standpoint. They were going down to the wire for the division, so it’d be nice to see them meet in the playoffs for sure.”

Check out William Hill’s latest odds and trends for the 2020-21 Stanley Cup below.