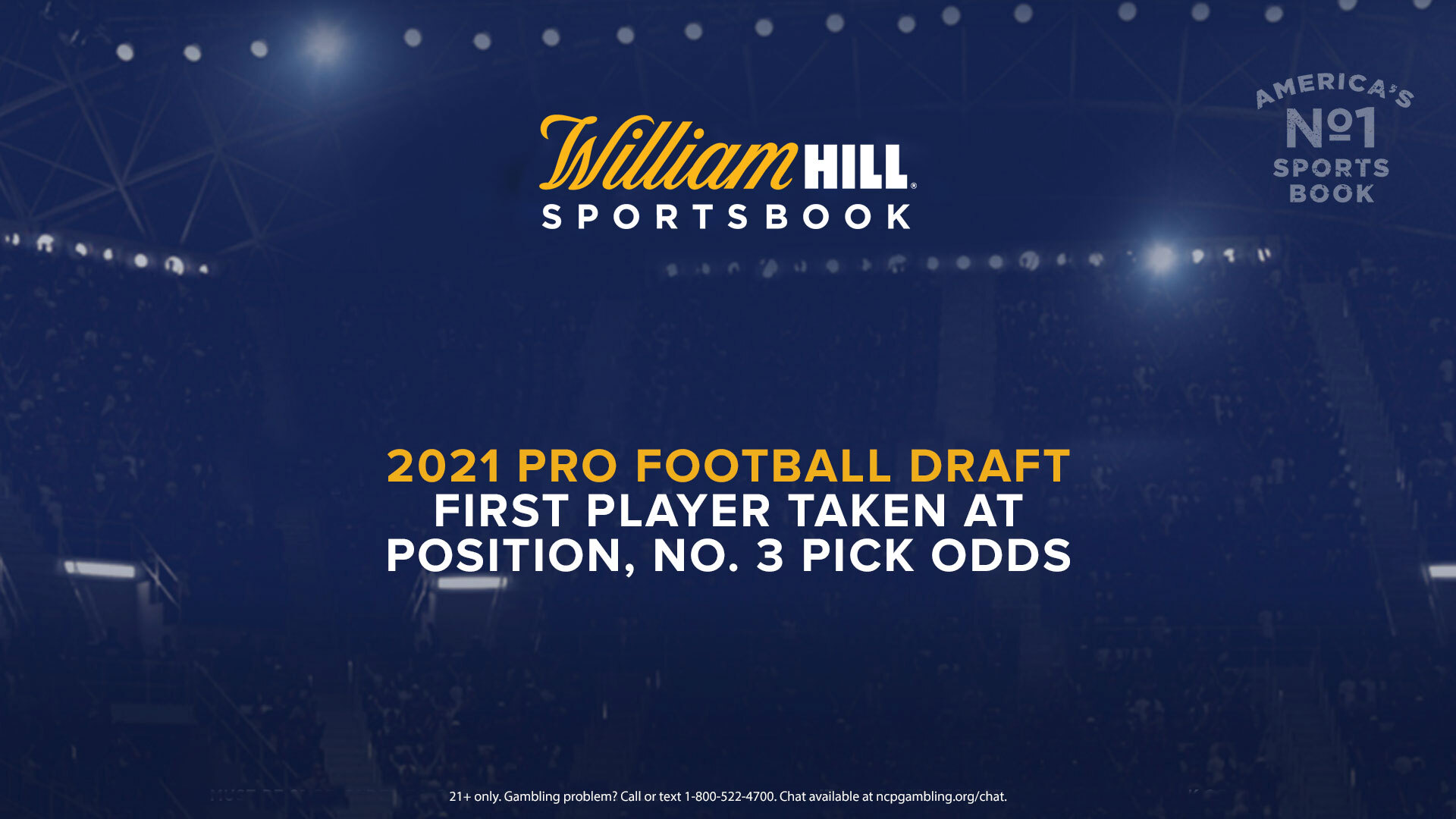 Looking for more ways to bet the 2021 NFL draft? William Hill has you covered.

After checking out player draft position props yesterday, let’s move on to the first player picked at position markets as well as the latest odds for who will be the third overall pick.

“These draft props, it’s all tricky,” said Nick Bogdanovich, Director of Trading for William Hill US. “They’re insanely hard to make. Definitely not book-friendly, more player-friendly. All you can do is keep your eyes glued to Twitter and be prepared to move [odds] fast. The last few years it’s really picked up steam and it’s clear a lot of people are into it.”

The 2021 NFL draft figures to have a few quarterbacks taken at the top, including by the 49ers at No. 3. William Hill Nevada currently has Mac Jones as the -225 favorite to wind up in San Francisco.

The Alabama product is ahead of fellow signal-callers Justin Fields (+250) and Trey Lance (+375). Zach Wilson (15/1) and Kyle Pitts (15/1) are the only other players below 60/1. There’s been some slight movement near the top, as Fields opened at +260 and Wilson was 18/1. Since this market was released this past weekend, Fields has generated 54% of the total number of tickets and 63% of the total dollars wagered.

But who will be the first non-quarterback drafted? This is an even tighter race, with Pitts (+140) slightly edging out Penei Sewell (+150) and Ja’Marr Chase (+250). Rashawn Slater has the fourth-lowest odds at 15/1, while Micah Parsons is the first defensive player listed at 20/1.

“That’s a pretty good race between those top guys,” Bogdanovich said. “Anytime you have three like that, it makes for a good prop. Obviously we’ll see what the needs are and the latest information is, and we’ll go from there.”

Then there are five first player picked at a specific position markets: running back, wide receiver, defensive lineman, linebacker and cornerback.

The other favorites to be picked first among their position group are Najee Harris (-150) for running back, Kwity Paye (EVEN) for defensive lineman, Micah Parsons (-400) for linebacker and Patrick Surtain II (-325) for cornerback.

Check out William Hill’s 2021 NFL draft odds for first player picked at position markets and who will be the third overall pick below.