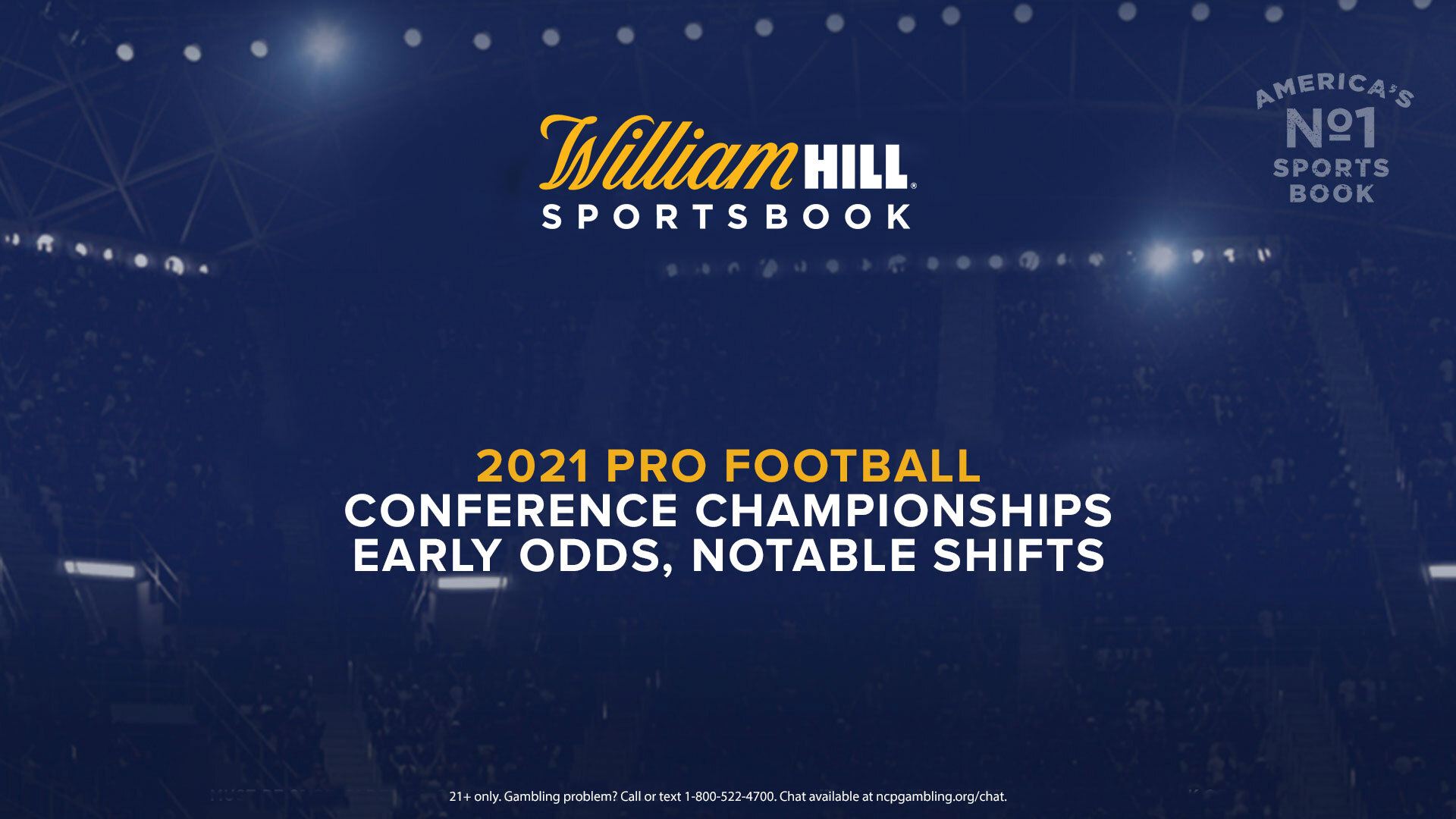 Four teams are a mere one win away from reaching Super Bowl 55, as a pair of gigantic showdowns are set to take place this Sunday.

The first Conference Championship clash is between the Buccaneers and Packers at 3:05 p.m. ET/12:05 p.m. PT on FOX.

This is the first time the Packers have hosted a Conference Championship at Lambeau Field with Aaron Rodgers as their starting quarterback. Meanwhile, Buccaneers quarterback Tom Brady will start in his record 14th conference championship, increasing a sizable lead over second-place Joe Montana with seven.

Green Bay is currently a 3-point favorite (-120) over Tampa Bay at William Hill, with the total sitting at 51. The Packers are -170 on the moneyline, whereas the Buccaneers are +150 to take the contest outright. Green Bay opened as a 3.5-point favorite and went up to -4 before dropping down to its current number.

This is the third straight year that Arrowhead Stadium has been the home of the AFC Conference Championship. All eyes will be on Chiefs gunslinger Patrick Mahomes, who was placed in concussion protocol after he was removed from Kansas City’s Divisional Round victory over the Browns. On the other side, third-year signal-caller Josh Allen has led the Bills to their first Conference Championship appearance since 1994.

The Chiefs are 3-point favorites (+100) over the Bills at William Hill, and the total has settled for now at 53.5. The defending Super Bowl champions are -150 chalk on the moneyline and the Bills are priced at +130.

Kansas City was originally listed as a 3.5-point favorite when William Hill first put up AFC Conference Championship odds on Sunday. The total has jumped two points from the opener, as it went from 51.5 all the way up to 55 before dropping back down to 53.5.

If you’re looking to get a head start on the Big Game, William Hill also has odds up for all four potential Super Bowl matchups in Nevada. The Chiefs are -3 and -2.5 against the Buccaneers and Packers respectively. Green Bay is a 2-point favorite over Buffalo, while the Bills and Buccaneers are each at pick’em in their potential head-to-head. The highest total of the four possible games is Chiefs vs. Packers at 57 and the lowest is Bills vs. Buccaneers at 53.5.