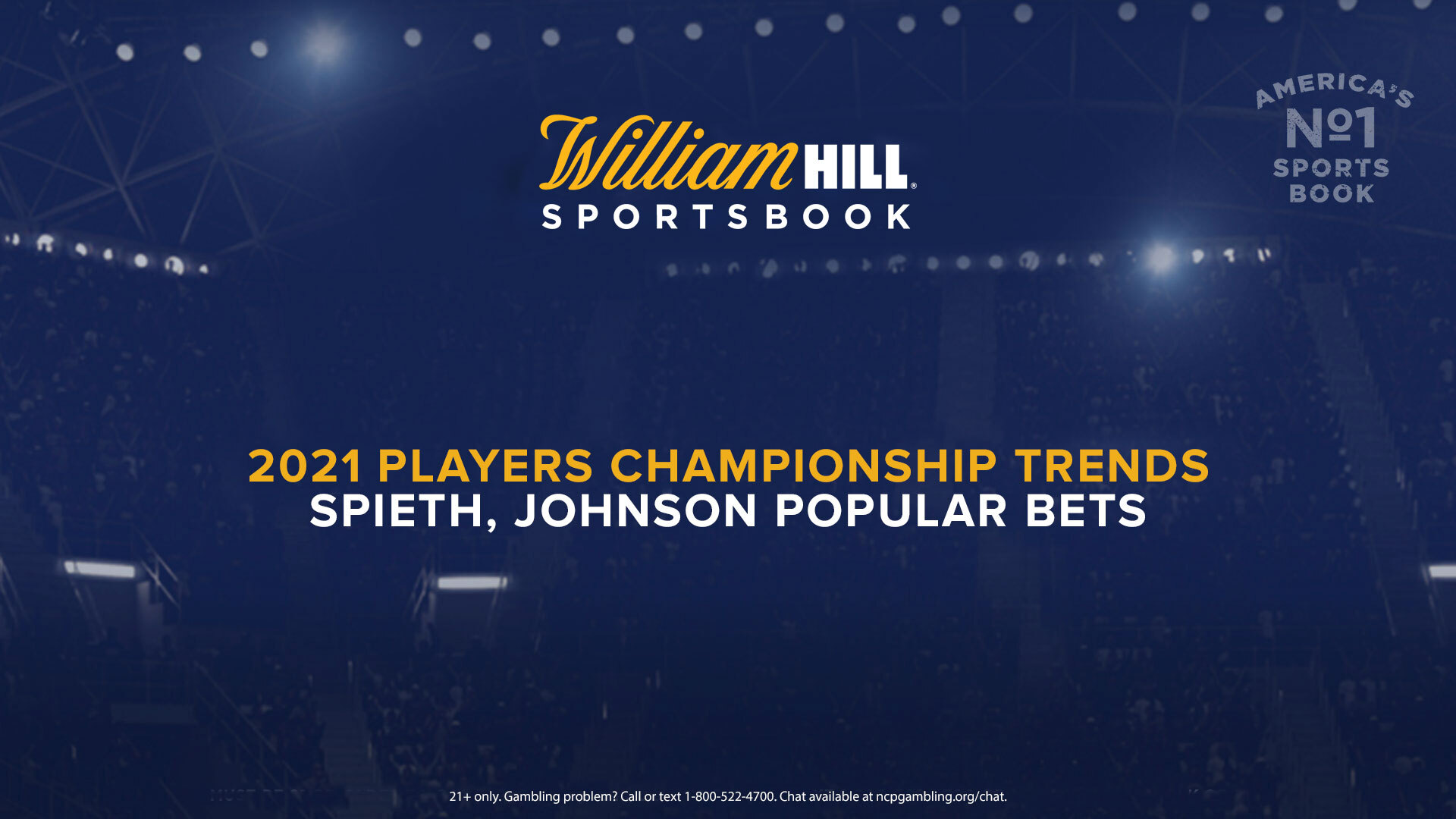 A $15 million purse is on the line starting tomorrow, as a loaded group of competitors is set to compete in the 2021 Players Championship.

In a field that features every top-10 golfer in the world, who are William Hill bettors backing to finish in first at TPC Sawgrass?

Dustin Johnson opened as the 13/1 favorite, and he’s still at the top of the board at 11/1. Bryson DeChambeau possesses the second-lowest odds, as he’s also experienced a slight drop from 15/1 to 13/1.

Rory McIlroy and Jon Rahm have both stayed put at 16/1, though after them are three golfers at 18/1 and another three at 20/1. Xander Schauffele, Justin Thomas and Collin Morikawa are all at 18/1, whereas Patrick Cantlay, Webb Simpson and Jordan Spieth are right behind.

“People are going with the proven winners since it’s such a strong field,” said Nick Bogdanovich, Director of Trading for William Hill US. “Every stud in the world is here. They still want a little value, so that’s why they’re going with that 18/1 to 30/1 range. They aren’t going deep with the lottery ticket guys.”

But has anyone stood out to William Hill bettors so far?

“Spieth has been very popular,” Bogdanovich said. “He has four top-10s in his last four tournaments. So they want to ride the hot horse, even though his odds have been cut dramatically.”

The largest 2021 Players Championship bet thus far at William Hill, however, is on DeChambeau. A $1,500 wager came in on DeChambeau 16/1 for a total potential payout of $25,500. DeChambeau, who won last week’s Arnold Palmer Invitational, has captured 6% of the total dollars wagered this time around. At 6%, he is accompanied by Thomas and Tommy Fleetwood (30/1).

William Hill Nevada also has several props available for this latest PGA Tour event, including an over/under for the winning score (271.5), whether there will be a hole in one (YES -140, NO +120), make/miss the cut odds and head-to-head tournament matchups. In the tournament matchups, Johnson is -120 to finish ahead of DeChambeau (EVEN) and Rahm is favored at -135 against McIlroy (+115).

Check out William Hill’s current trends for the 2021 Players Championship below.