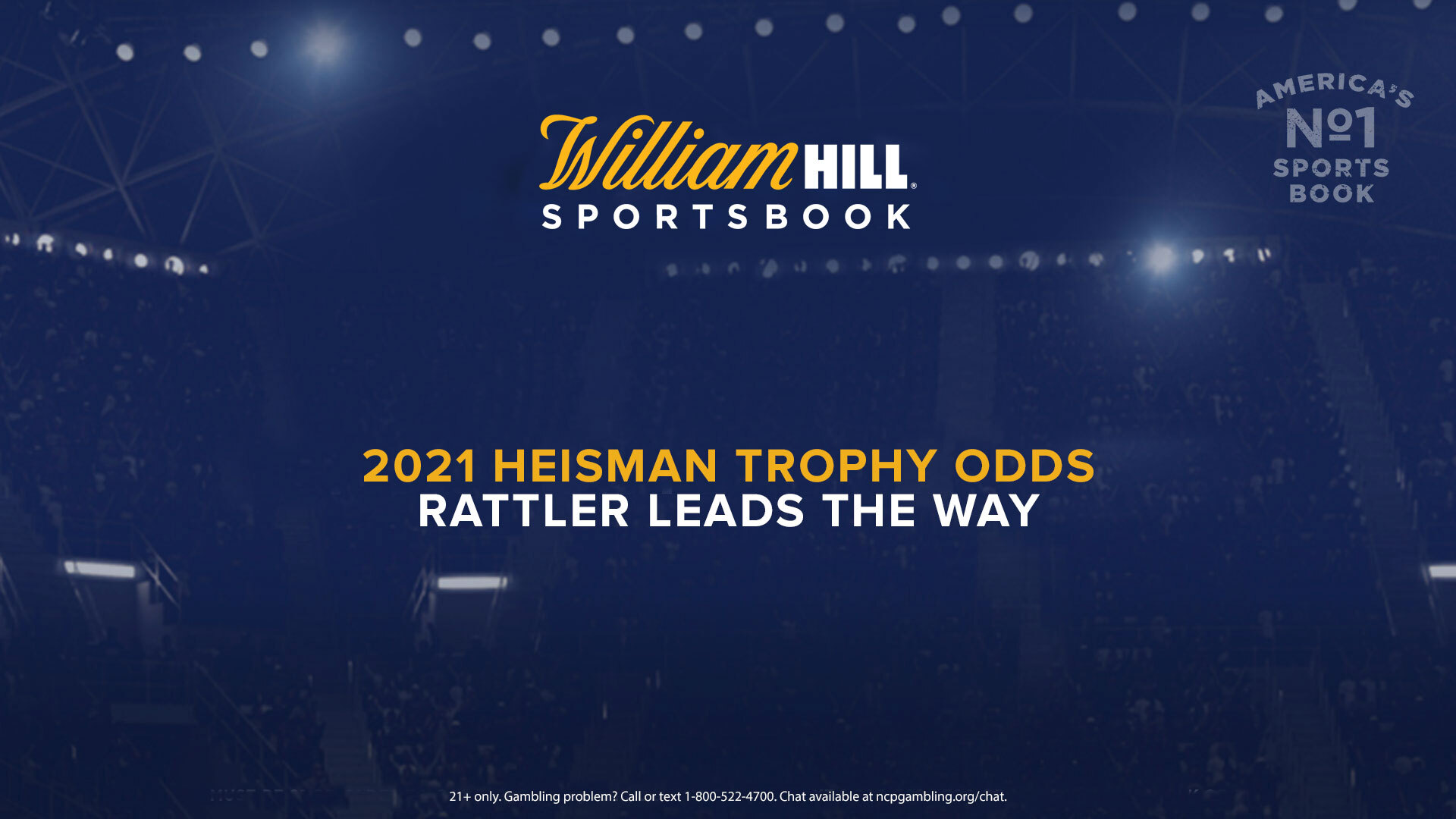 Last season, DeVonta Smith became the first wide receiver to win the Heisman Trophy since Desmond Howard in 1991. Yet, of the 10 players with the lowest odds in William Hill’s recently released 2021 Heisman futures, nine of them quarterbacks.

Oklahoma’s Spencer Rattler is the +450 favorite to receive the famed hardware this campaign. Rattler threw for 28 touchdowns and 3,031 yards versus just seven interceptions as a redshirt freshman last year, as he led the Sooners to a 9-2 record.

“Rattler is the worthy favorite,” said Nick Bogdanovich, Director of Trading for William Hill US. “Obviously [Oklahoma head coach Lincoln] Riley is a quarterback guru, and that offense will have lots of firepower. He looked really good down the stretch and he’ll have another year in that system, which always helps.”

Two projected first-time starters under center are tied for the second-lowest odds at +650: Alabama’s Bryce Young and Clemson’s D.J. Uiagalelei. They’re replacing Mac Jones and Trevor Lawrence respectively, who both finished in the top-3 in Heisman voting in 2020.

“The offensive systems are so good and the talent around them is so good, that they’re bound to succeed,” Bogdanovich said. “It’s also a boost when their team has a good shot of finishing undefeated in the regular season. They’re five-star recruits, people know about them, they were great high-school players, so even without much playing time, they’re priced about right.”

“Texas is still a monster program,” Bogdanovich said. “If they can somehow go from 7-8 wins to 11 wins and this kid is averaging like 175 yards a game, he’s gonna have a good chance. Those are the type of things you’re looking for. [Texas head coach Steve] Sarkisian is a supposed offensive genius, and Alabama had a strong ground game when he was offensive coordinator there.”

Iowa State’s Brock Purdy and Florida State transfer McKenzie Milton are right behind at 30/1, with the latter set to return after missing the past two seasons due to a severe leg injury during his time at UCF. Eight players reside at 40/1, including quarterbacks such as Florida’s Emory Jones, Penn State’s Sean Clifford and Oklahoma State’s Spencer Sanders.

Other notable quarterbacks with longer odds are UCF’s Dillon Gabriel (60/1), Auburn’s Bo Nix (60/1), Indiana’s Michael Penix Jr. (75/1) and Coastal Carolina’s Grayson McCall (100/1). And if you think a wideout can repeat as the winner for college football’s top award, the pass-catchers with the lowest odds are Clemson’s Justyn Ross and Alabama’s John Metchie III at 75/1.

Check out William Hill’s current odds for 2021 Heisman futures below.