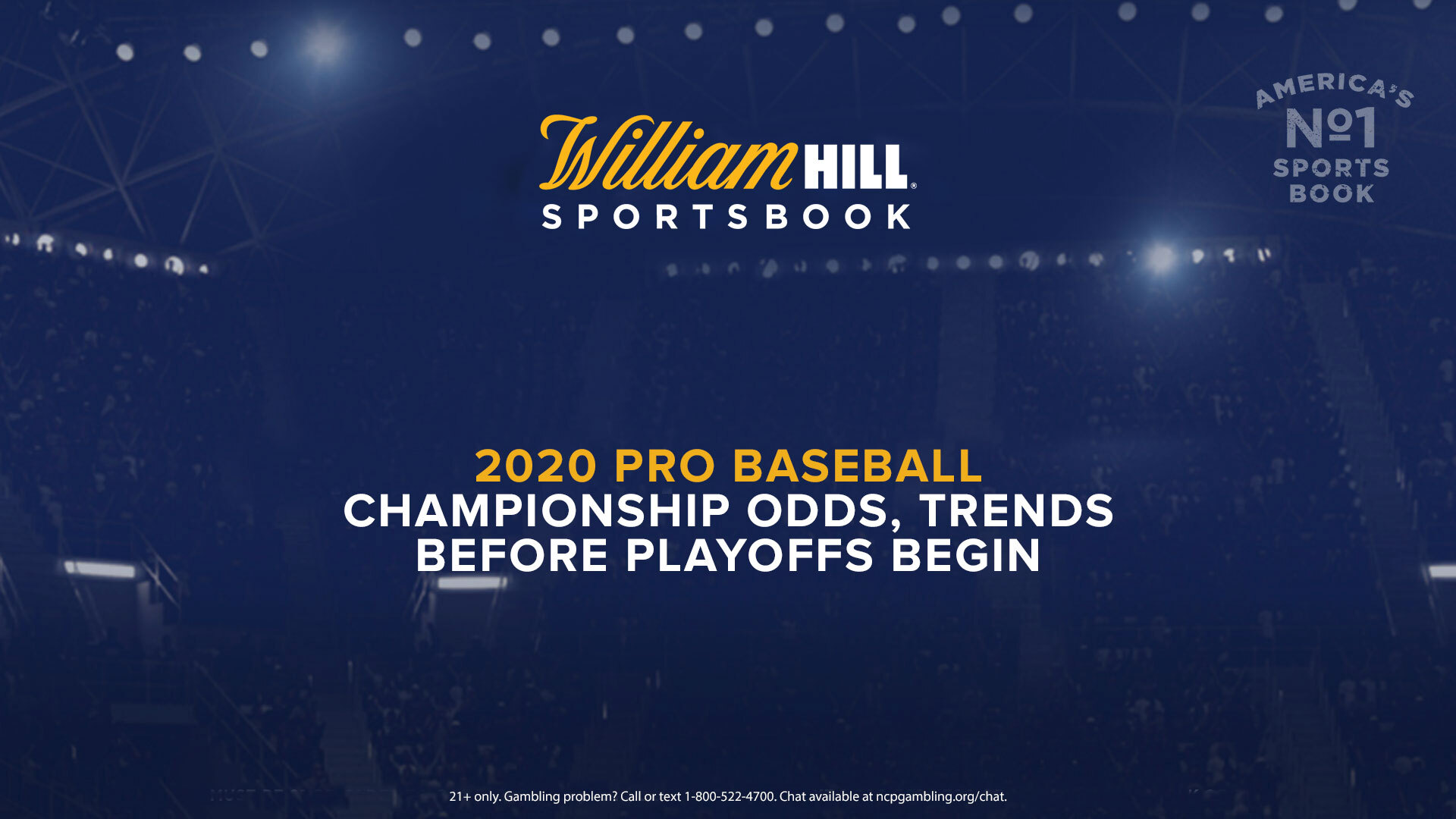 The 2020 MLB postseason will feature the biggest field ever, as 16 teams are vying for the World Series.

“Everything’s unique with this set up. First round is 2-out-of-3,” said Nick Bogdanovich, Director of Trading for William Hill US. “It’s basically starting over, it doesn’t really matter what your record was during the regular season. Anybody can win this thing, they’re all good teams and they’re all short series. So it’s a complete crapshoot.”

Let’s take a look at William Hill’s latest World Series futures before the Twins and Astros lead off the playoffs today at 2 p.m. ET/11 a.m. PT.

The Dodgers are the favorites to win it all for the first time since 1988 at +250. The Dodgers and Yankees were +350 co-favorites before Opening Day. New York, however, has dropped all the way down to 10/1, which is tied for the fourth-lowest odds with the Rays and Twins.

“We’re good with the Yankees in terms of liability, I hope they win it,” Bogdanovich said. “They’re actually one of our better results, which is rare. What happened was they started playing poorly and had a ton of injuries, so people just backed off of them. But if they get rolling in the playoffs, people love getting back on that bandwagon real quick.”

Behind Los Angeles are two fellow California clubs, as the Padres are +700 and the Athletics are +800. Meanwhile, the Braves and White Sox are each at 14/1, followed by the Cubs at 15/1 and the Reds at 17/1. The defending American League champion Astros are at 20/1, with the Indians just in front at 18/1.

But who do William Hill bettors think will come away with the trophy?

“The Padres and the Athletics are the teams we have the biggest problems with,” Bogdanovich said. “The Dodgers have the most tickets and money, but given where the Padres and A’s were priced, we get our butts kicked with those two if either wins it all.”

The Padres are fourth in total dollars wagered at 9% and have generated 7% of the total number of tickets. San Diego also drew a $10,000 World Series futures wager, as a Nevada bettor would receive a $110,000 total payout if the Padres can win their first-ever World Series after laying $10,000 on them at 10/1.