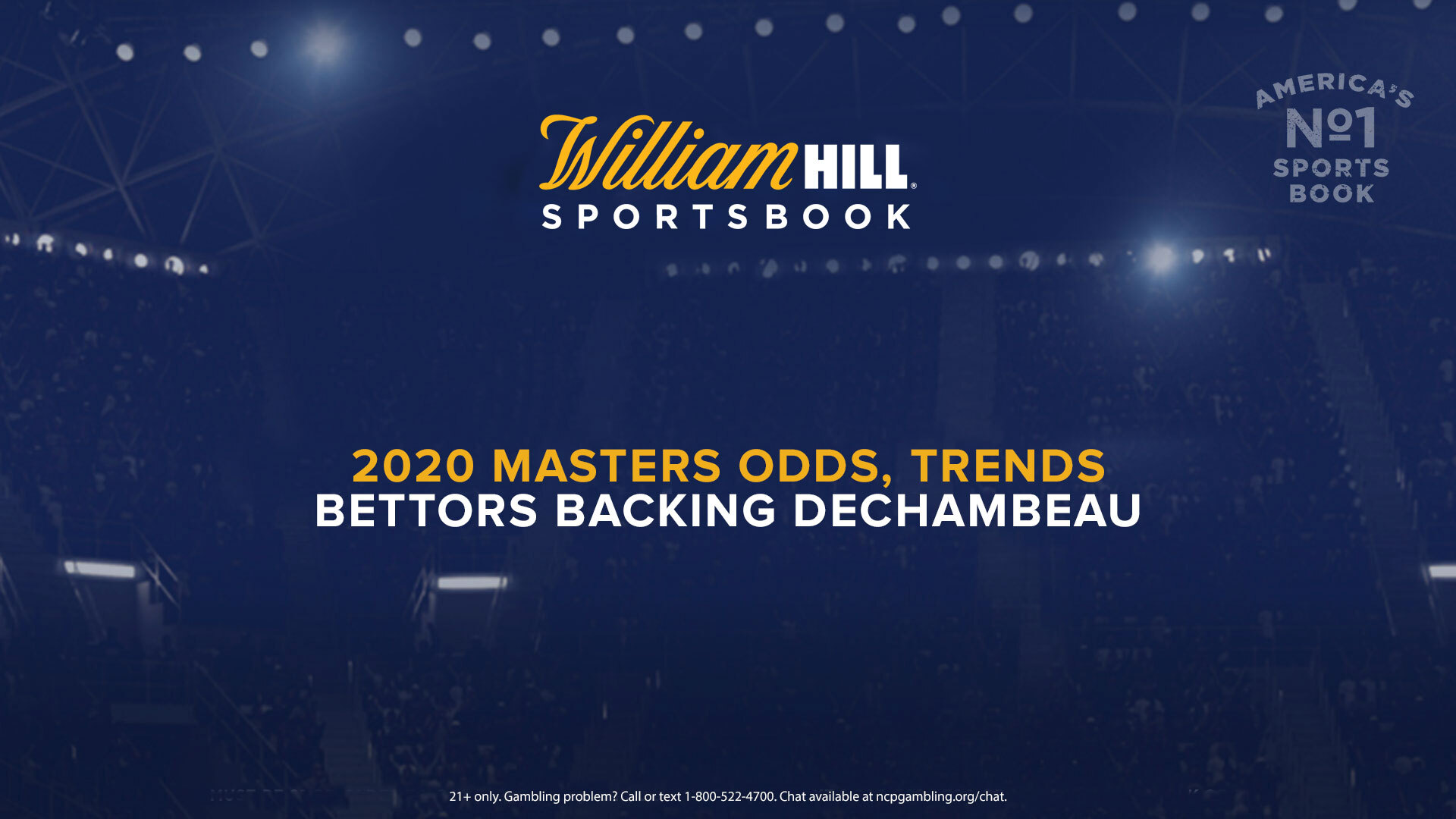 It’ll truly be a Masters unlike any other in 2020, as this will be the first time that the best golfers in the world will be vying for the green jacket in November. Ninety-two players will be competing at the hallowed grounds of August National starting on Thursday.

William Hill has futures odds posted for 84 golfers plus the field (all other golfers) for the 2020 Masters, with Bryson DeChambeau atop the board as the +750 favorite.

When William Hill released its 2020 Masters odds on July 23, 2019, DeChambeau was tied for the 14th-lowest odds with Jason Day at 28/1. Brooks Koepka and Tiger Woods were the original co-favorites at 9/1 apiece. DeChambeau first became the sole favorite on July 4, 2020, when his price dropped down to 10/1.

“The market’s been up for so long, we’ve had lots of favorites,” said Nick Bogdanovich, Director of Trading for William Hill US. “[Justin] Thomas was the lowest at one point, [Brooks] Koepka was the lowest, [Jon] Rahm was the lowest, [Dustin] Johnson was the lowest. But this is obviously the week of the Masters and DeChambeau has played the best in the end. He’s got the big driver coming out. I think he’s the rightful favorite for this.”

Johnson is right behind DeChambeau in William Hill’s current Masters odds at +900. Rahm and Thomas are next 10/1, with Rory McIlroy and Xander Schauffele following at 12/1. Tiger Woods is tied for the 11th-lowest odds at 28/1 with Collin Morikawa and Bubba Watson.

“Tiger hasn’t been playing much lately and when he does play, he hasn’t played that well,” Bogdanovich said. “We thought it might be real cold, which hampers him trying to loosen up. But I think the weather is supposed to be okay, so he gets a break there.

“You’ll probably see some more Tiger money roll in. He’s so good there and feels so comfortable there, and we’re going to have liability at some point on him. His current form would dictate he doesn’t have much of a shot, but the fact that he loves that place and the weather is going to be halfway decent for him, I’ll give him a puncher’s chance.”

Woods and DeChambeau have each commanded 5% of the total number of tickets, joining Johnson and Thomas for the highest percentage in that category. Meanwhile, DeChambeau leads in total dollars wagered at 8% with Rahm close by at 7%. Johnson, Thomas and Schauffele are all next at 6%.

Wolff is the only golfer at 30/1 or higher to rank inside the top 10 in total number of tickets and total dollars wagered, as he’s generated 4% in each.

“Wolff’s a bomber,” Bogdanovich said. “He can get hot. We lose on him, we got liability with him. So he’s probably a little lower right now than he should be, but we lose pretty good with him so that’s why he’s at 30/1 now. He’s one of the young guns who flexes that muscle around the course.”

Check out William Hill’s latest odds and trends for the 2020 Masters below.