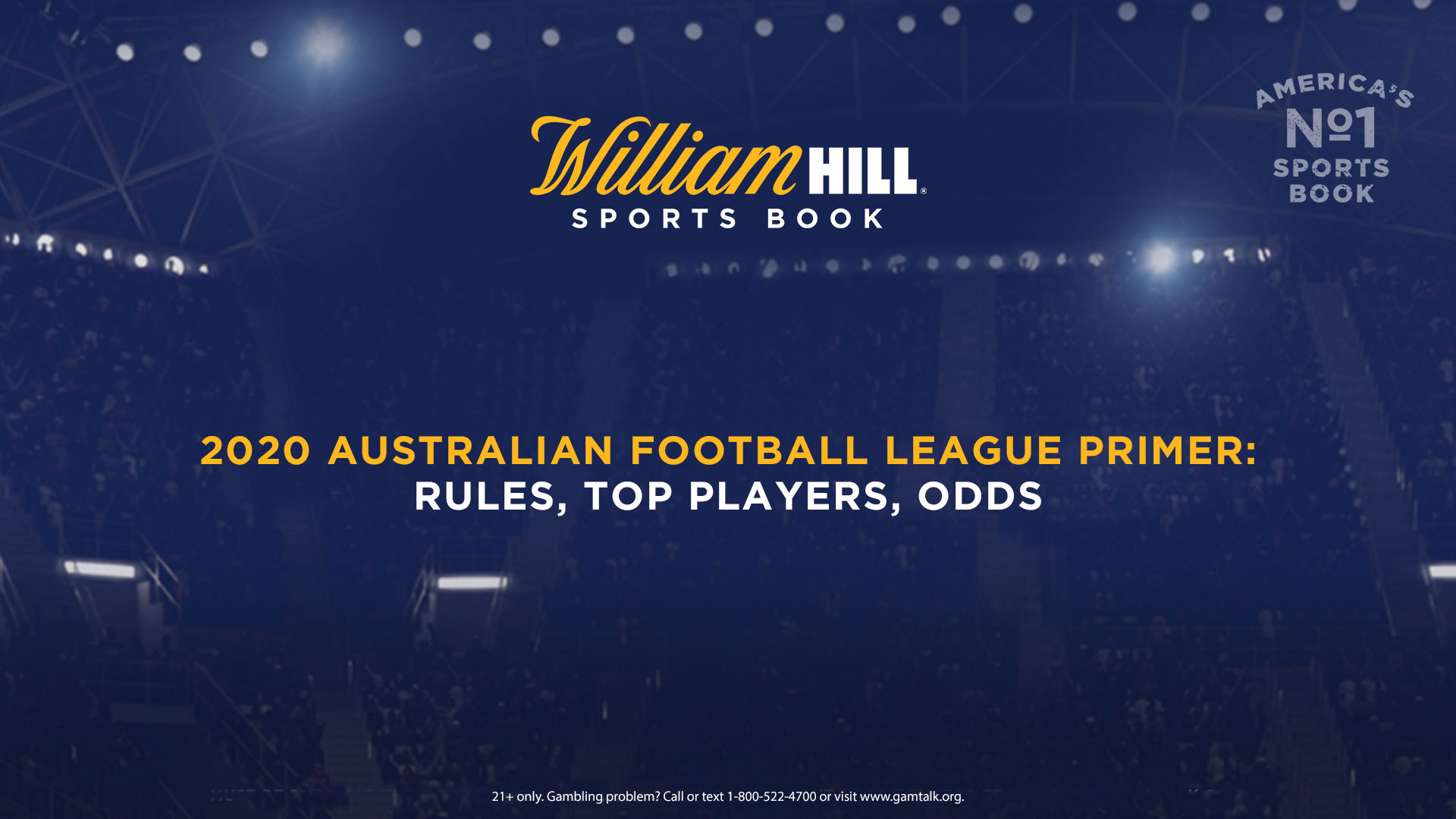 The 2020 Australian Football League season is scheduled to start this week, with the defending champion Richmond Tigers scheduled to kick off the action on Thursday, March 19 against the Carlton Blues.

But before you make Australian Football your go-to sport to bet on for the next couple months, here’s a quick primer on what you need to know about the sport.

What is the objective of the game?

Teams compete to kick the ball through the two large upright posts, as a successful score is called a goal and is worth six points. Besides the main uprights, there is also an outer lower post on each side. If your kick goes through in between one of the main upright posts and an outer lower post, that is worth one point and called a “behind.” Additionally, you can also get a “behind” by hitting the post on your kick. So Cody Parkey, there is a perfect sport for you.

How do you move the ball?

There are three ways to do so.

Players can run with the egg-shaped ball, but they must bounce the ball on the field at least once every 16 yards.

Players can also use their fist to hit the ball to a teammate, which is called a handball.

The final way is to kick the ball to a teammate. If the teammate catches a kick that travels beyond 15 meters (which is called a mark), he can decide whether to play on or take an unobstructed kick from the spot where the ball was caught.

The differences between trying to score after registering a mark versus the other ways is that players can kick it while standing still and the opposition can’t attempt to block the kick.

Enough about offense, what about defense?

Players don’t use pads in the Australian Football League, so you will see plenty of crazy collisions. Tackling, though, has to be between the shoulders and knees, so players can’t aim too high or too low when trying to take down the opposition.

Players can also block or “smother” kicks and can also “spoil” potential marks by knocking attempts away from the intended receiver.

How many players are on the field?

Each team has 18 players on at once, and has four players as potential substitutes on the bench.

How long are the games?

Normally 20-minute quarters, this season will be four 16-minute quarters instead, plus time on. Time on is the equivalent of stoppage time in soccer—it’s time added on to the end of the game from stoppages throughout the game, whether it be injuries, celebrations from goals scored or the ball going out of bounds.

How long is this season?

Normally a 23-round season, the AFL has cut this 2020 campaign to 17 rounds, so the 18 clubs will play each other once before the finals series begins. The finals series consists of four elimination finals, two semifinals, two preliminary finals and the Grand Final—which is played at the renowned Melbourne Cricket Ground.

Who are some of the top players?

Nat Fyfe of the Fremantle Dockers took home his second Brownlow Medal in 2019, the AFL’s most prestigious honor. He edged out the Geelong Cats’ Patrick Dangerfield, the Carlton Blues’ Patrick Cripps and the Brisbane Lions’ Lachie Neale for the award.

Who is the favorite to win the 2020 AFL Grand Final?

According to William Hill’s odds, the Richmond Tigers are the favorite with odds currently at 13/4 to repeat as champions. Other top contenders include the West Coast Eagles at 5/1, the Collingwood Magpies at 13/2 and Greater Western Sydney Giants at 15/2. The biggest longshot on the board is the Gold Coast Suns at 200/1.

Below are William Hill’s current odds for each team to win the 2020 AFL Grand Final.