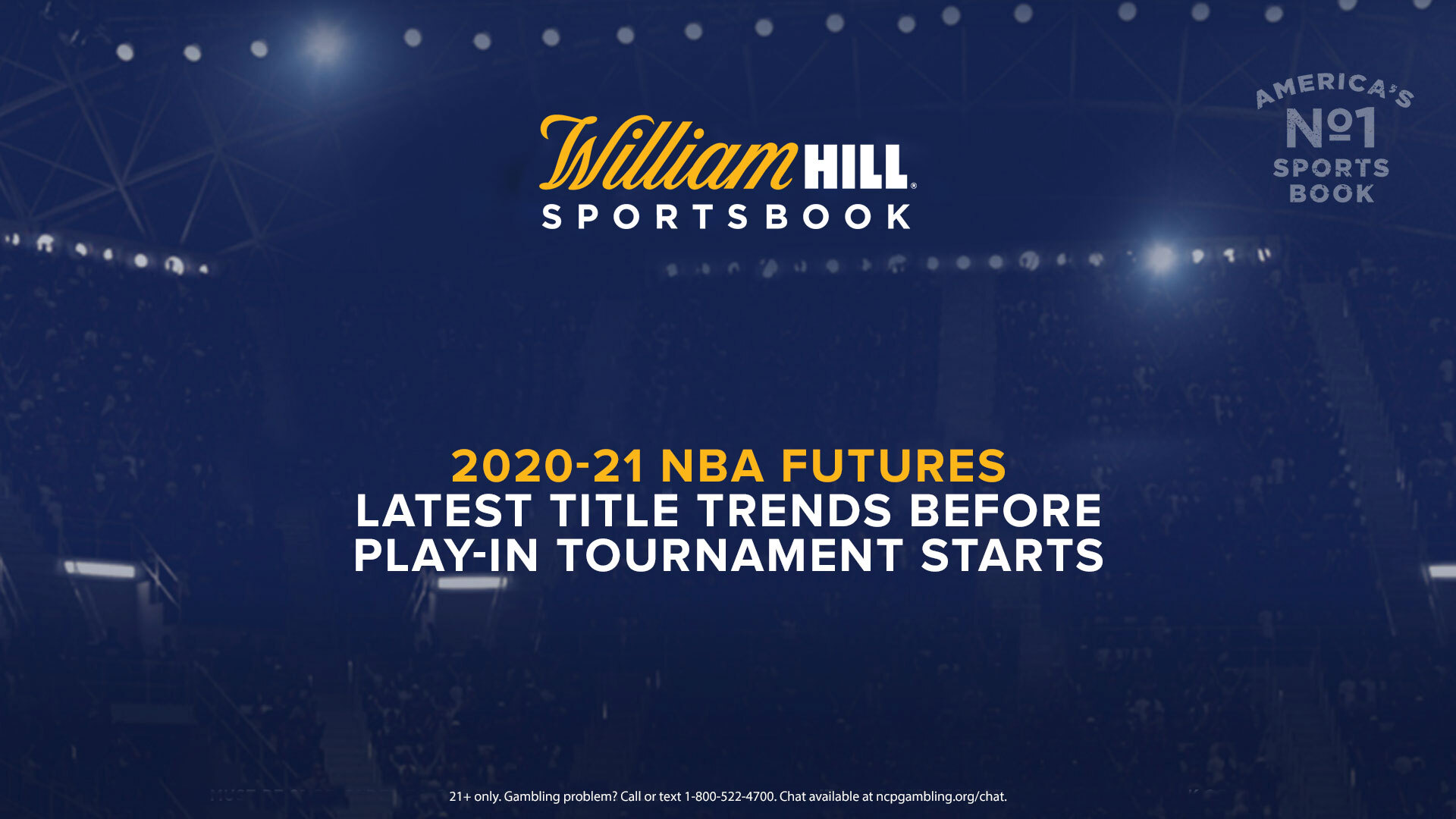 Twenty teams still remain in the chase for an NBA championship ahead of tonight’s start to the play-in tournament.

With many futures betting tickets still alive at William Hill, let’s do an update on which teams have been the most popular title wagers up to this point.

“I’m very happy with the handle on this futures pool,” said Nick Bogdanovich, Director of Trading for William Hill US. “This year it feels so wide open, it wouldn’t surprise me if a number of teams won it. I think we’re going to write a ton of business to the individual games coming up, and this should be a great postseason.”

Not only are the Nets (+200) and Lakers (+300) atop the board at William Hill Nevada for championship futures, they also rank first and second for both total number of tickets and total dollars wagered.

The Lakers have generated 18% of the total number of tickets and 33% of the total dollars wagered, leading the way in each category. The biggest bet on the Lakers thus far was one Nevada bettor laying $30,800 on Lakers +230 for a total potential payout of $101,640.

Meanwhile, the Nets have collected 12% of the total number of tickets and 25% of the total dollars wagered, highlighted by another Nevada bettor putting $100,000 on Nets +250 for a total potential payout of $350,000. That is the biggest 2020-21 NBA championship futures wager taken as of now at William Hill.

“The Nets, we’ve gotten it to where them winning is no big deal,” Bogdanovich said. “We still lose six figures with the Lakers though. That’s usually the case with the NBA, there’s typically one or two teams that have gotten significantly more money [to win the championship] than the rest.”

“I would love to see the Clippers win it, it’d be a great story,” Bogdanovich said. “The Clippers were the worst franchise in the world for forever. We do really well with them, so from that standpoint, I have another big reason to root for them. It just boils down to whether they can flip the switch, sort of like the Lakers. It’ll be interesting to see if one of those teams can turn it around and get hot.”

Yet, the NBA team that is the biggest liability for William Hill doesn’t even reside in the top 10 in either total number of tickets or total dollars wagered.

“We get killed with the Hawks,” Bogdanovich said. “They’re even worse for us than the Lakers. Who knows, they might end up as a serious contender in a wide-open year. The Heat came out of nowhere last year and made it all the way to the finals.”

Check out William Hill’s latest odds and trends for the 2020-21 NBA championship below.