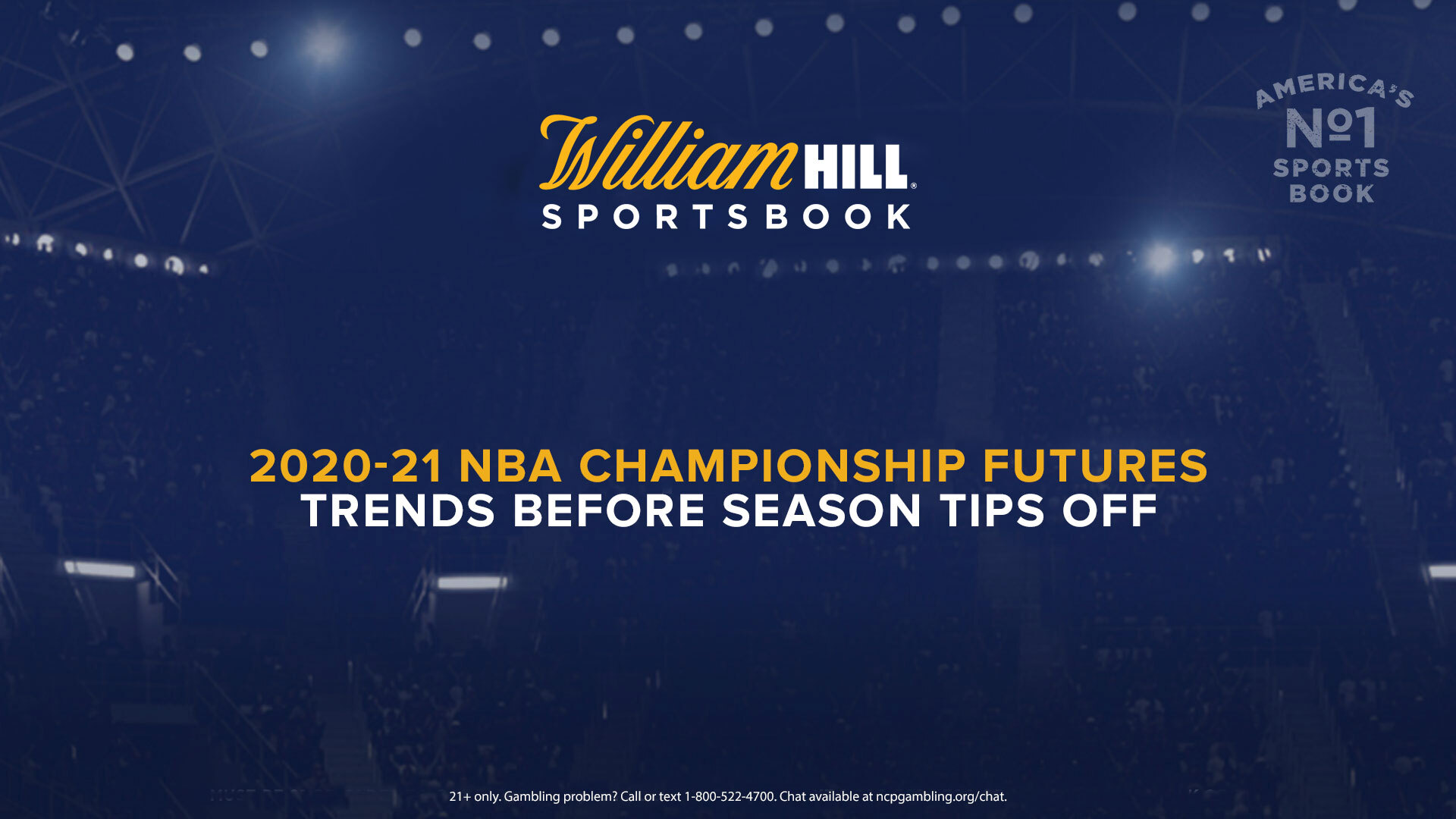 The NBA tips off its regular season tonight, meaning all 30 teams are about to start their pursuit for the Larry O’Brien Trophy.

The Lakers secured their 17th title back in October, and they’re the favorite at William Hill to win it all once again. After opening at +400, the Lakers are now down to +230 on William Hill’s championship futures.

Behind them are the Nets at +450, as Brooklyn has made a sizable jump from its original 12/1 odds. The Bucks and Clippers are next at +550 apiece, followed by the Heat and Celtics at 15/1 each.

“The Bucks and Clippers seem to be undervalued right now, we’re not writing any tickets on either one of them,” said Nick Bogdanovich, Director of Trading for William Hill US. “I guess the public doesn’t think that Kawhi [Leonard] or the Greek Freak is going to get it done. But it wouldn’t surprise me if one of those two won, they’re two of the strongest rosters in the league.”

William Hill bettors, though, are strongly backing the title favorite to pull off the repeat. The Lakers are racking up 30% of the total number of tickets and 60% of the total dollars wagered among all NBA championship future bets at William Hill. To put that into even further perspective, Los Angeles is generating five times more money than any other team.

The Lakers have also drawn the largest NBA title futures bet thus far at William Hill, as a Nevada bettor placed $10,000 on Lakers +250 for a total potential payout of $35,000.

“It’s pretty similar action to what the KD [Kevin Durant] Warriors got,” Bogdanovich said. “But back then in that little era, there was only three or four teams that could win it. This year, I think there’s more, so it’s a little more surprising to me that the Lakers are getting this much money. I think the Lakers, Clippers, Bucks, Heat, Nuggets, Celtics, Nets, they’re all legitimate contenders. The Lakers have more competition than those Warriors teams.”

Yet, one long shot that has had a tumultuous offseason is responsible for the biggest total potential payout of any NBA title futures wager at William Hill.

Even with James Harden trade rumors swirling, a New Jersey bettor placed $2,000 on Rockets 100/1 for a total potential payout of $202,000. Houston is currently priced at 40/1 at William Hill.

Check out William Hill’s latest odds and trends for 2020-21 NBA championship futures below.