With the 2016 NCAA Tournament field down to the Sweet 16, the top-ranked Kansas Jayhawks have the highest percentage of money (33%) and tickets (12%) written on them to win the national championship at William Hill sports books. Following is a complete breakdown of the remaining teams in contention to cut down the nets on April 4 along with the perfect time to bet them to do just that…

No. 5 Maryland: The Terrapins (27-8) were viewed as Michigan State’s top threat for the Big Ten crown earlier in the season before struggling a bit down the stretch. Bettors could get them as high as 30/1 on March 14, which is potentially great value if they can upset Kansas after opening at 15/1.

No. 1 Oregon: The Ducks (30-6) were a surprising top seed on Selection Sunday but rolled through the Pac-12 Tournament to earn that distinction. They are still not the favorites in their own region but have dropped significantly from a high of 150/1 on Jan. 24 when they were 16-4.

No. 2 Oklahoma: The Sooners (27-7) are led by arguably the best player left in Buddy Hield, who has made them a popular public team in the second half of the season. They remain the favorites to win the West over Oregon and were as high as 50/1 on Nov. 18 after opening at 40/1.

No. 3 Texas A&M: The Aggies (28-8) were not supposed to win the SEC regular-season title but edged Kentucky before losing to the Wildcats in the conference tournament championship game. They opened at 50/1 but fell to 100/1 on Nov. 24 before losing for the first time to Syracuse three days later.

No. 4 Duke: The defending national champion Blue Devils (25-10) finished in a disappointing tie for fifth in the ACC with Notre Dame. They were at their lowest point going into the tournament with 30/1 odds on March 14 after opening 15/1.

No. 1 North Carolina: The Tar Heels (30-6) won the ACC regular-season and tournament titles and have not disappointed through the first two rounds. They were as high as 10/1 on Dec. 6 after opening at 9/1 and looked to have a tough draw before seeing the second, third and fourth seeds in the East lose.

No. 5 Indiana: The Hoosiers (27-7) are trying to become the first team ever to lose the first game of their conference tournament and still win a national championship. The Big Ten regular-season champs were as high as 75/1 on Jan. 1 when they were 11-3 after opening at 50/1.

No. 6 Notre Dame: The Fighting Irish (23-11) nearly upset top seed Kentucky last year to get to the Final Four but looked like they might be at risk of missing the tourney this season when they were as high as 250/1 on Jan. 17. They opened at 40/1, which is still lower than their current odds.

No. 7 Wisconsin: The Badgers (22-12) continue to amaze despite losing their two best players to the NBA last year. After making the Final Four in consecutive years, they were as high as 500/1 to win it all on Jan. 31 when they were just 13-9, the worst odds of any team in the Sweet 16.

No. 1 Virginia: The Cavaliers (28-7) beat out the Spartans for the top seed in the Midwest and have benefitted the most from their shocking first-round upset loss to Middle Tennessee after losing to them the past two years. Virginia opened at 10/1 but dropped as high as 25/1 on Feb. 8 when they were 19-4.

No. 4 Iowa State: The Cyclones (23-11) had better teams under former head coach Fred Hoiberg, who left after last season for the Chicago Bulls. But they remain the toughest challenger remaining in the region for the Cavs and were as high as 60/1 on March 14.

No. 10 Syracuse: The Orange (21-13) were one of the last teams in and widely criticized for not deserving an invitation to the Big Dance. In fact, they were as high as 400/1 before Selection Sunday with their status in doubt after opening 200/1 off a year in which they banned themselves from the postseason.

No. 11 Gonzaga: The Bulldogs (28-7) are one of the biggest risers on the futures betting board and like Syracuse could take advantage of Michigan State’s loss with a berth in the Elite Eight. They opened at 25/1 and fell as high as 150/1 on March 8 when it looked like St. Mary’s would win the WCC. 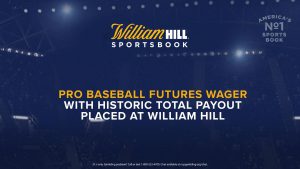 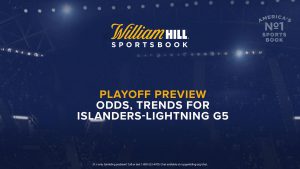 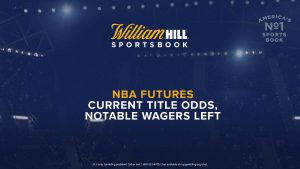