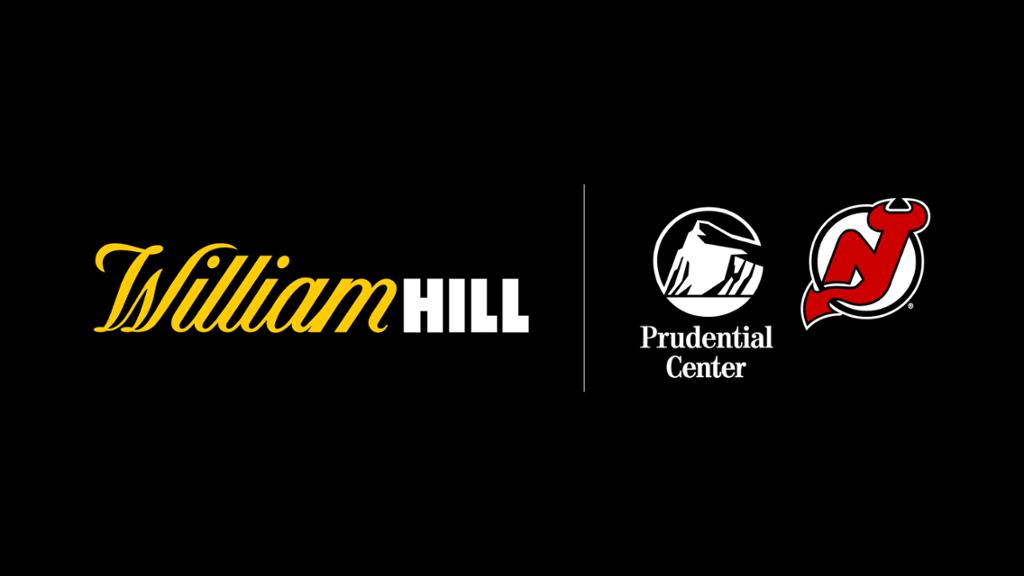 New Jersey (Oct. 25, 2018) – William Hill US, the world’s leading sportsbook operator, the New Jersey Devils and Prudential Center announced today a multi-year agreement, signifying the first professional sports team to partner with a sportsbook in New Jersey after the state’s legalization of sports betting in June 2018. The partnership, with two of Harris Blitzer Sports & Entertainment’s marquee properties, is highlighted by a permanent in-arena activation called the “William Hill Sports Lounge.” With the goal of providing a dynamic and engaging sports viewing experience, the lounge will feature more than 20 digital screens showcasing the world’s most popular sporting events and compelling odds. Located outside Section 18 on the Main Concourse of Newark’s Prudential Center, the William Hill Sports Lounge will be open for all Devils home games and the more than 175 concerts and special events held at the arena annually.

“We are thrilled to partner with the New Jersey Devils and Prudential Center,” said Joe Asher, CEO of William Hill.  “With three retail William Hill Sportsbooks and our Mobile Betting app now available in the Garden State, engaging New Jersey sports fans is extremely important for us.  This partnership provides us with a number of fantastic opportunities to connect directly with the passionate supporters of New Jersey’s hockey team.”

“In William Hill, we have found a partner that shares our dedication to the state of New Jersey and our commitment to creating a dynamic and engaging fan experience,” said Hugh Weber, President of Harris Blitzer Sports & Entertainment, the New Jersey Devils and Prudential Center. “As the No. 8-ranked arena in the world and in light of the New Jersey Devils’ international roster and fanbase, it was only natural that our first partner in this dynamic new category be a trusted, international brand like William Hill.”

In addition to the William Hill Sports Lounge, the partnership will feature a TV-visible dasherboard, dynamic, in-arena signage, and recognition on the LED ribbon board of the “William Hill Line Change,” which will occur at the first New Jersey Devils’ line change each period. During Devils games, updated league-wide odds, presented by William Hill, will be displayed on Prudential Center’s 9,584-square-foot, four-story-tall scoreboard, the largest in-arena scoreboard in the world.

Outside of the arena, William Hill will sponsor fan watch parties for Devils games at Monmouth Park. The partnership will also feature promotions for William Hill on the team’s radio and digital broadcast on the Devils Hockey Network, on Prudential Center’s exterior marquee LED billboard, and across the Devils’ digital and social media channels.

William Hill US operates sportsbooks at Monmouth Park, Ocean Resort Casino, and Tropicana Atlantic City in New Jersey and offers wagering on the William Hill Sportsbook app via iOS and Android or online at: www.nj.us.williamhill.com.

About the New Jersey Devils

The New Jersey Devils are part of the 31-team National Hockey League, with teams throughout the United States and Canada. Established in 1982, they are currently in their 36th season in the Garden State. During that time, the team has won three Stanley Cup Championships: 1995, 2000 and 2003. Follow the Devils at www.newjerseydevils.com, on Facebook, Twitter, and Instagram. The New Jersey Devils organization is a Harris Blitzer Sports & Entertainment property.

Prudential Center is the world-class sports and entertainment venue located in downtown Newark, New Jersey. Opened in October 2007, the state-of-the-art arena is the home of the National Hockey League’s (NHL) three-time Stanley Cup Champion New Jersey Devils, Seton Hall University’s NCAA Division I Men’s Basketball program, and more than 175 concerts, family shows and special events each year. The arena is also home to the GRAMMY Museum Experience Prudential Center, which opened its doors to the public on October 2017. The 8,200-square-foot experience marks the first GRAMMY Museum outpost on the East Coast, and features a dynamic combination of educational programming and interactive permanent and traveling exhibits, including a spotlight on legendary GRAMMY winners from New Jersey. Ranked in the Top 8 nationally by Pollstar, Billboard and Venues Today, Prudential Center is recognized as one of the premier venues in the United States, and over 2 million guests annually. For more information about Prudential Center, visit PruCenter.com and follow the arena on Facebook, Twitter and Instagram @PruCenter. Prudential Center is a Harris Blitzer Sports & Entertainment property.

William Hill PLC is one of the world’s leading betting and gaming companies, employing over 16,000 people. Its origins are in the UK where it was founded in 1934, and where it is listed on the London Stock Exchange. The majority of its $2.1 billion annual revenues are still derived from the UK, where it has a national presence of licensed betting offices and one of the leading online betting and gaming services. In 2012, it established William Hill US with a focus on retail and mobile operations in Nevada, which is now the largest sports betting business in the USA. William Hill US (www.williamhill.us) currently operates 108 race and sportsbooks in Nevada and the state’s leading mobile sports betting app. William Hill US is operating in New Jersey at Monmouth Park Racetrack, Ocean Resort Casino, and Tropicana Atlantic City and is a licensed sports betting provider for several casinos in Mississippi and a casino in West Virginia. William Hill US is the exclusive risk manager for the sports lottery in Delaware. William Hill also has licensed operations in The Bahamas, Italy and Spain and serves online customers throughout the world from its online headquarters in Gibraltar.