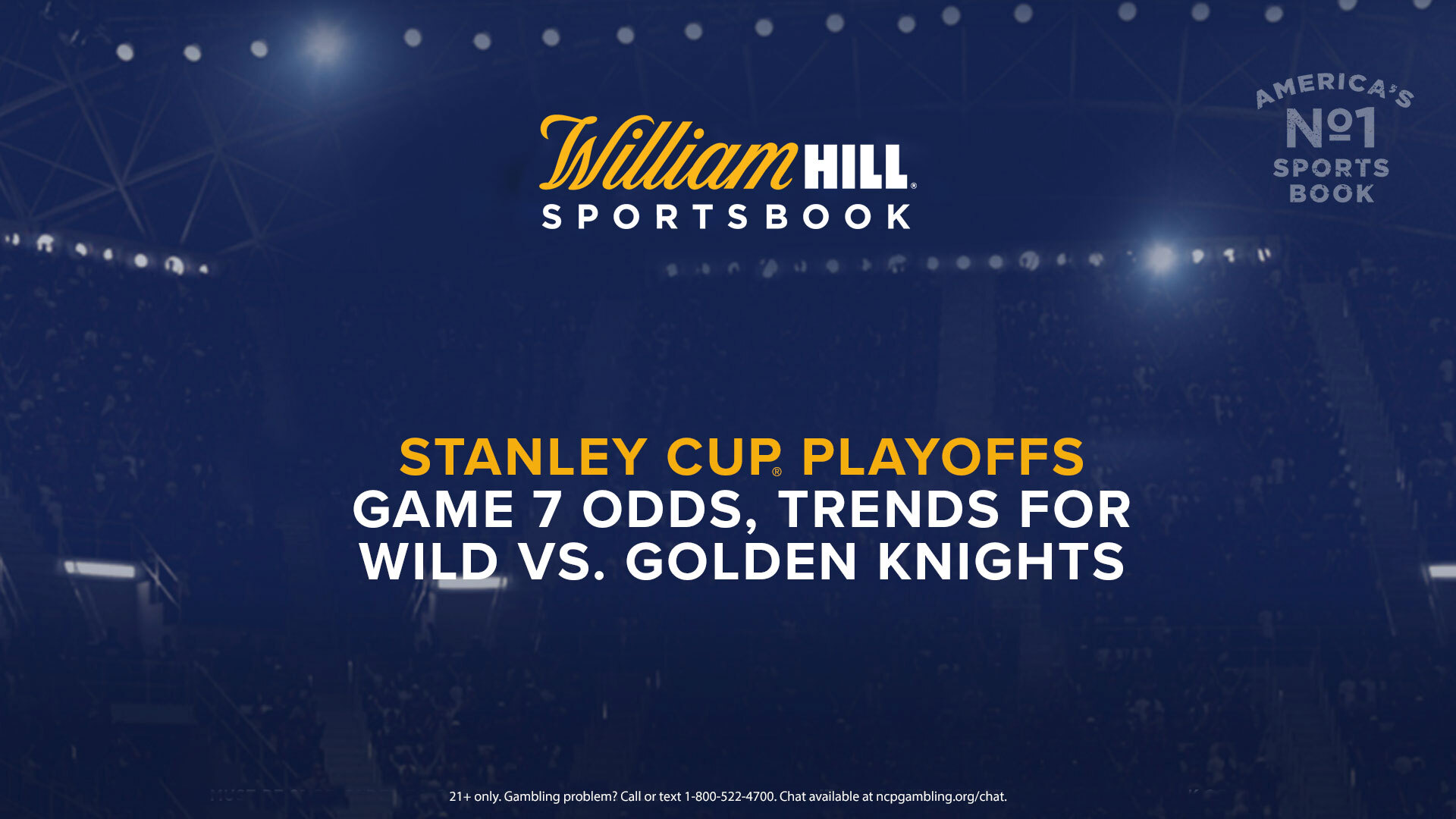 There are two words that give every sports fan goosebumps, and we’re about to experience it tonight: Game 7.

The Golden Knights host the Wild tonight at 9 p.m. ET/6 p.m. PT, with the Avalanche awaiting the winner of this showdown. Vegas had a 3-1 series lead before Minnesota stormed back in Games 5 and 6 to force a win-or-go-home Game 7.

The Golden Knights have played in two Game 7s in their four-year existence, losing to the Sharks in the first round in 2018-19 and beating the Canucks in the second round in 2019-20. Interestingly, Vegas had 3-1 leads in both of those series too before ending up in a Game 7 affair. Meanwhile, the Wild have not played in a Game 7 since 2013-14, where they emerged victorious against the Avalanche in the first round.

“Obviously it would boost our handle if [the Golden Knights] were still around,” said Nick Bogdanovich, Director of Trading for William Hill US. “There’s no question when they have a game, it gets more people to the window and it’s good for business. On the flip side, their decisions are so big and we get stung when they win, especially when they cover the puck line and go over the total. So there’s a good side and a bad side. Futures-wise, I’m not concerned with whatsoever, but game-to-game we can get hurt pretty good here in Nevada.”

“This game will definitely have the handle of a Stanley Cup Finals game that the Knights weren’t involved in,” Bogdanovich said. “So if the Avalanche were playing the Lightning, this Knights-Wild Game 7 would probably do more than that. All the Knights games just do so much more business, usually around three times as much as the rest of the playoff games. This game will easily be the biggest bet playoff game so far.”

The majority of William Hill bettors are rolling with the home team, as the Golden Knights have grabbed 63% of the total number of tickets and 75% of the total dollars wagered among all moneyline bets against the Wild. That is highlighted by one Nevada bettor who laid $15,000 on Golden Knights -175 for a total potential payout of $23,571.40.

Meanwhile, a different Nevada bettor will be rooting for Minnesota to pull off the upset after placing $5,000 on Wild to win the series at +215 for a total potential payout of $15,750.

The total, though, has William Hill bettors divided. While the over has the advantage with 65% of the total number of tickets, the under has received 62% of the total dollars wagered.

William Hill Nevada also has several prop offerings for Game 7 between the Wild and Golden Knights. Nineteen players plus the field (all others) have odds for player who scores the first goal, with the field as the +550 favorite. Mark Stone has the lowest odds of any singular player at +800, followed by Alex Tuch, Jonathan Marchessault and Kirill Kaprizov at 10/1 each.

“Goal in first 5 or 10 minutes is always popular,” Bogdanovich said. “The overtime one draws a little bit because people like the chance to bet a little to win a lot. Individual player props to score a goal always draw, they always bet Mark Stone ‘NO’ every time. I mean every time the sharps are betting on him not to score a goal.”

Elsewhere in the NHL, series prices are up for the first two finalized Round 2 matchups in the Stanley Cup Playoffs. The Bruins are heavy -250 chalk against the Islanders (+210), whereas the defending champion Lightning are listed at -135 to advance against the Hurricanes (+115).

Check out William Hill’s latest odds and trends for tonight’s Game 7 between the Wild and Golden Knights below.