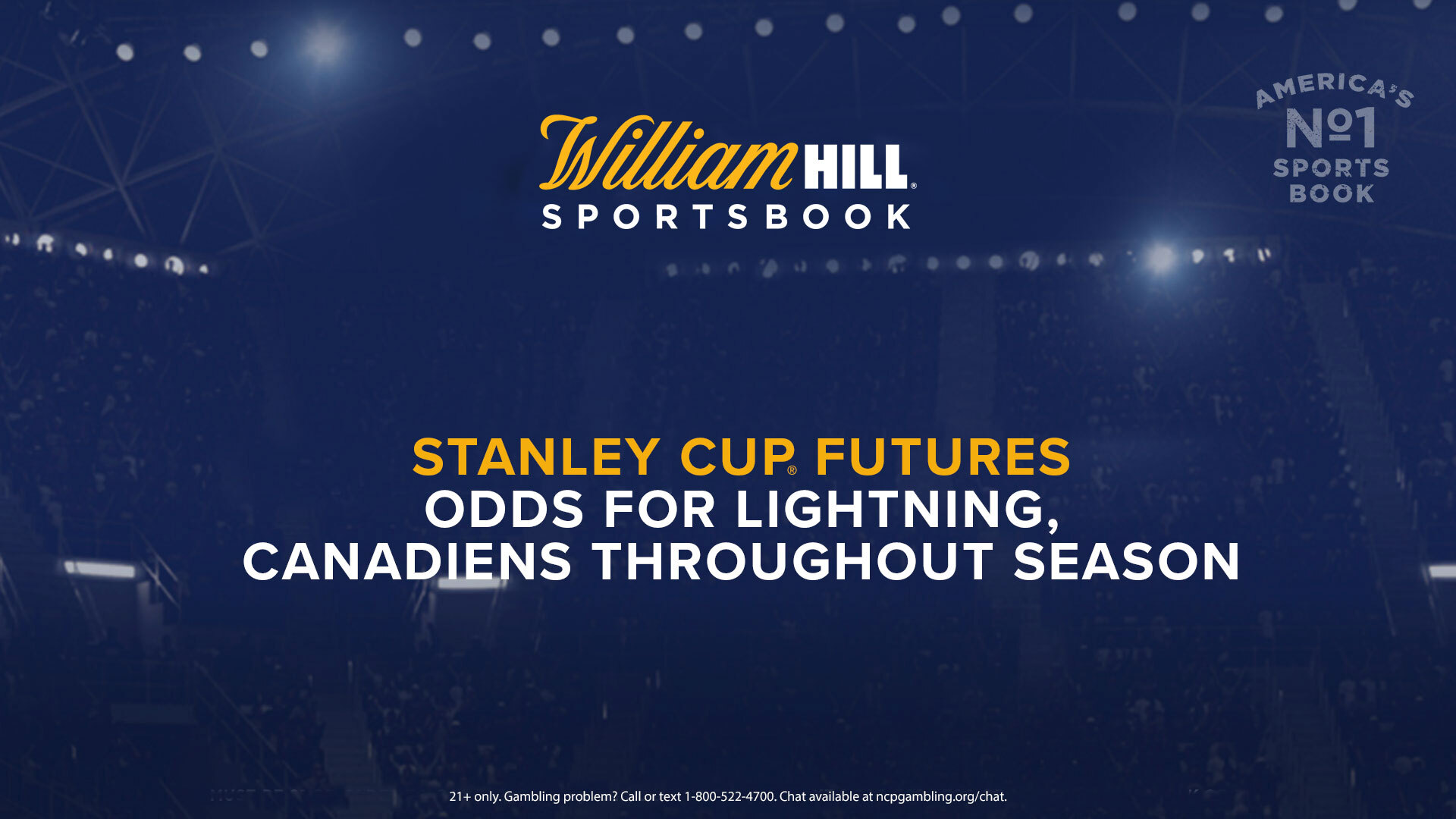 Let’s examine the odds and notable wagers on the Lightning and Canadiens heading into tonight’s Game 1 of the Stanley Cup Final.

After winning the second Cup in franchise history in 2020, the Lightning were displayed at +650 to repeat when William Hill released its 2021 Stanley Cup futures on Sept. 29. Tampa Bay only trailed the Golden Knights and Avalanche, who were +600 co-favorites.

The Lightning were never the Stanley Cup favorite at William Hill Nevada during the regular season, as their lowest odds were +600 from March 12 to April 10. Their highest odds were 10/1, which is where they resided for a mere day: April 29.

Tampa Bay was at +700 heading into the Stanley Cup Playoffs (May 14), behind the Golden Knights (+350), Avalanche (+450) and the Maple Leafs (+650). The Lightning ranked fourth in total number of tickets (7%) and third in total dollars wagered (12%) among all Stanley Cup futures bets at William Hill at that time.

The first time the Lightning were sole Stanley Cup favorites at William Hill Nevada was on June 8, when they were moved from +240 to +200 and then again to +190. They were behind the Golden Knights (+200) and Avalanche (+220) earlier that day before landing atop the board.

The Lightning and Canadiens are in familiar positions in the Stanley Cup Final, with the Lightning serving as the -280 favorites and the Canadiens as the +240 underdogs.

Check out William Hill’s Stanley Cup odds on the Canadiens throughout various points of the season below.