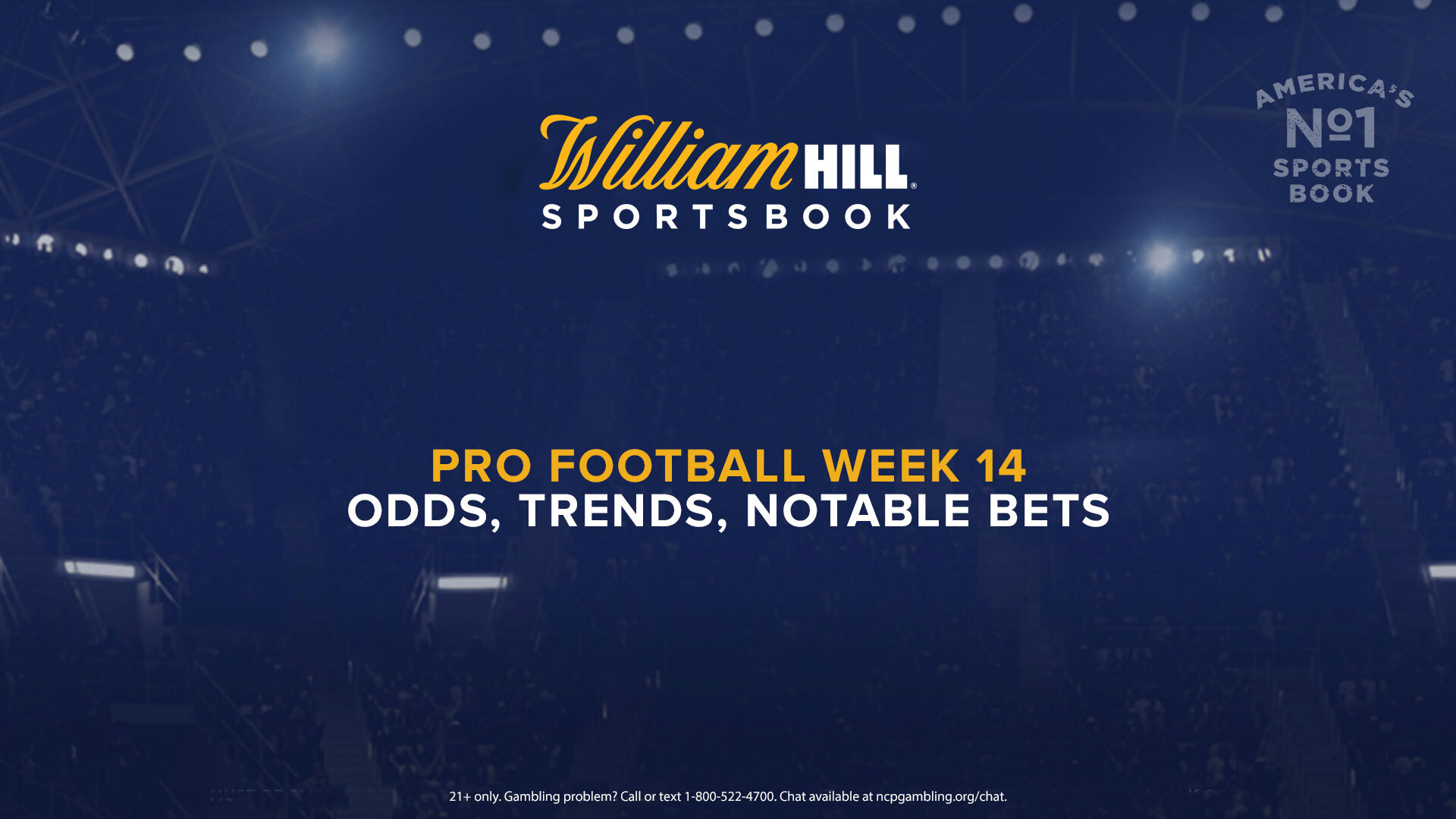 There are 10 road favorites in Week 14 of the NFL season, but are there any home underdogs that have caught the attention of William Hill bettors so far?

Of the 15 NFL underdogs on the board (Broncos vs. Panthers is off), only one is commanding the majority of the total dollars wagered for spread bets in its game. Additionally, just two underdogs have the edge for total number of tickets in their respective matchups. So this is definitely a week filled with chalk for William Hill bettors.

“Usually toward the end of a season, when hope is lost for a lot of teams and other teams are playing for the playoffs, you typically already know who you’re going to need before the week starts,” said Nick Bogdanovich, Director of Trading for William Hill US. “That’s just the way it is at this time of the year. So you just hope for the best. Luckily enough, we have a lot of lower point spreads. But if the four 7s [Chiefs, Packers, Saints, Titans] come in we’ll get stung there.”

Let’s start with the underdogs bringing in notable action. The Bengals are getting 3.5 points at home against the Cowboys, and are also bringing in 66% of the total dollars wagered. The two underdogs leading the way in total number of tickets are Washington (+3) with 57% at the 49ers and the Browns (+2) with 53% vs. the Ravens.

There are five favorites of at least 7 points this week at William Hill, and three of them are attracting at least 80% in both total number of tickets and total dollars wagered against the spread.

Green Bay is also nabbing 83% of the total dollars wagered. Despite the lopsided percentages in each category, the Lions have moved from +9 to +8 in Detroit. The only Week 14 clash that has shifted by more points as of now at William Hill is Steelers at Bills on Sunday night, where Buffalo has gone from +2.5 to -2.

“Green Bay-Detroit is obviously a division game, so they know each other well,” Bogdanovich said. “Sharps are on the dog. But come Sunday, we’ll need Detroit for a Mount Everest-sized decision.”

Tennessee’s high percentage in total dollars wagered is highlighted by one Nevada bettor placing $25,000 on Titans -7 (-125) for a total potential payout of $45,000. That is the largest NFL Week 14 spread bet taken thus far at William Hill. Tennessee is receiving 80% of the total number of tickets as well.

One touchdown favorite that isn’t drawing at least 80% in either category, let alone both, is the defending Super Bowl champion Chiefs. Kansas City opened as a 7.5-point road favorite over the surprising Dolphins, yet that line has dropped half a point to -7 (-120). The majority of William Hill bettors are still backing the road chalk here, though, as the Chiefs are seizing 72% of the total number of tickets and 76% of the total dollars wagered.

“I think this game has a chance to get back to 7.5,” Bogdanovich said. “Early money is just so strong on the Chiefs. Straight bets won’t be a concern, but parlays, teasers and moneyline parlays will definitely be a one-sided situation. The professionals obviously liked Miami at 7.5 earlier in the week, and I hope they’re right.”

Check out William Hill’s latest odds and trends for every available NFL Week 14 spread below.