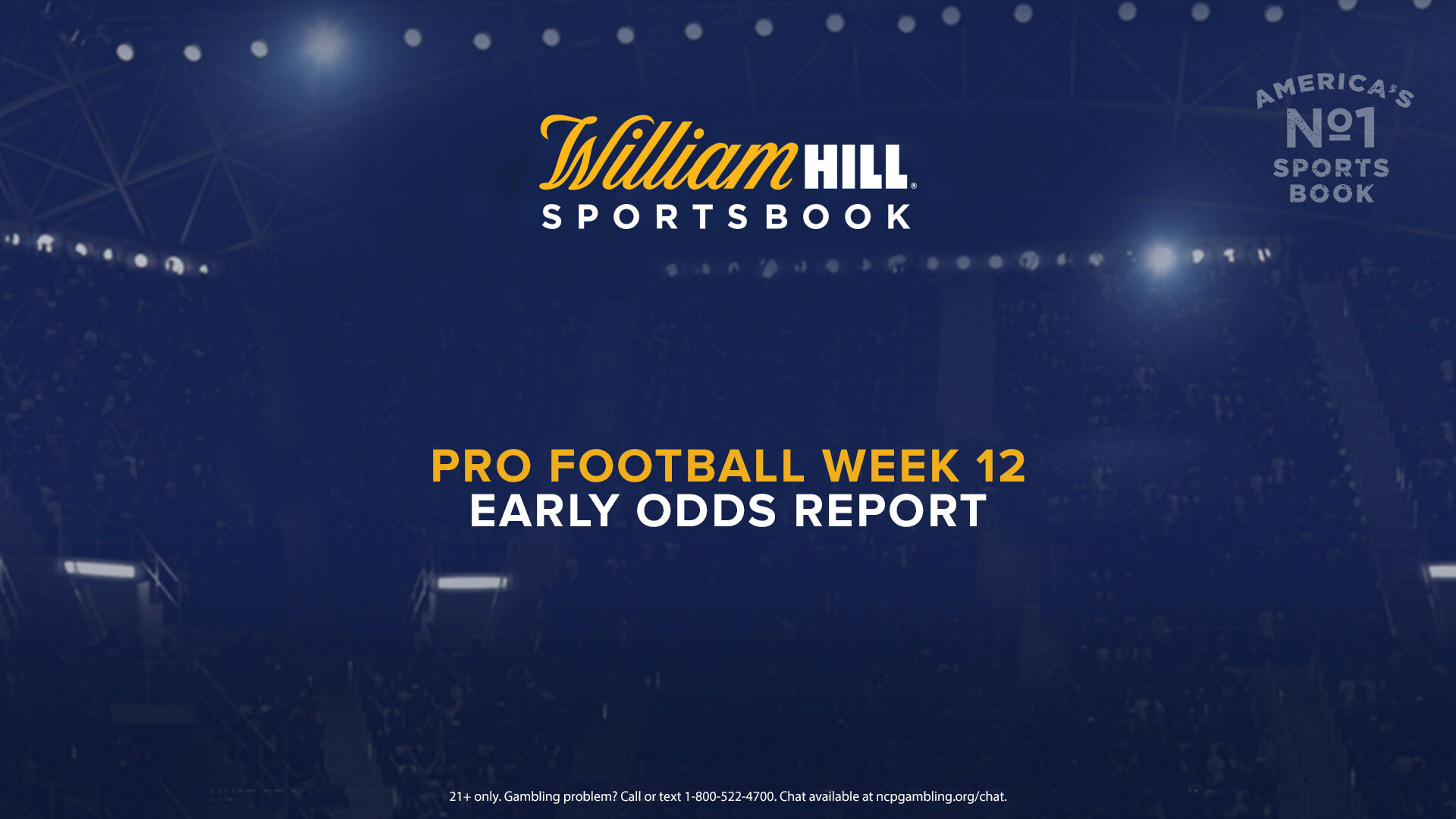 We’ve reached the Thanksgiving portion of this NFL season, so get ready for a heaping amount of interesting storylines this week on the gridiron. It includes many divisional foes with playoff hopes duking it out, along with an interconference battle between two of the best quarterbacks ever.

William Hill has odds up for all 16 games for Week 12, including the three Turkey Day affairs.

The first two games have spreads of a field goal, as the Texans are 3-point road favorites over the Lions and the Cowboys are 3-point home favorites against Washington. Dallas has drawn the largest NFL Week 12 bet thus far at William Hill, as a Nevada bettor placed $5,500 on Cowboys -2.5 (-110) for a total potential payout of $10,500.

In the Thanksgiving nightcap, the undefeated Steelers opened as 3-point home favorites to the Ravens, however that line has already jumped to Pittsburgh -4.5.

“There’s a lot of things going on here,” said Nick Bogdanovich, Director of Trading for William Hill US. “Obviously Baltimore is struggling. They’re dealing with COVID issues. Pittsburgh’s undefeated and rolling. This thing will go higher too if the sharps will let it. We’ll definitely need Baltimore come Thursday.

“Before the year started, I had Baltimore rated as the best team in the entire league. But they lost the best tackle in football in Ronnie Stanley, they need more playmakers, Lamar Jackson has played way down from his MVP level. They’re just a mess. When you have to sign Dez Bryant and he’s playing, that about says it all. Things have just not gone their way this year, and that happens every year. Things break right for some teams, things break wrong for other teams. They’re one of the teams where it’s not breaking right.”

Two other Week 12 spreads have already shifted by more than a point from their opening number. The Raiders have gone from 1-point road favorites in Atlanta to -3 against the Falcons. After Joe Burrow’s season-ending injury and the Bengals now turning to Ryan Finley at quarterback, Cincinnati has gone from a 4-point home underdog to +5.5 against the Giants.

“You just don’t know how big the drop-off is between Burrow and Finley,” Bogdanovich said. “In Finley’s little time out there, he looked terrible. It ripped the soul out of Cincinnati, their franchise quarterback suffering an injury like that. I’m not sure if Burrow is worth a full touchdown over Finley, but I do think the Bengals would be a small favorite in this one with Burrow in. The Giants are coming off a great game before their bye and they’re right in the thick of things for the playoffs. So they’ve got a pep in their step and Cincinnati’s demoralized.”

There isn’t a more tantalizing Week 12 matchup, though, than Patrick Mahomes vs. Tom Brady. The Chiefs will head to Tampa Bay for a Sunday afternoon showdown against the Buccaneers. Kansas City was originally a 3-point road favorite in this one, yet that line has now moved up to Chiefs -3.5.

“Tampa’s biggest games in the spotlight, they’ve laid eggs in several of them,” Bogdanovich said. “When I saw Tampa play New Orleans, the Saints were clearly a class above them. So while this is another huge test for Tampa, maybe this is just who they are. The Chiefs and Mahomes do incredible things every week. It’s very possible that we’ll need Tampa Bay for a small fortune since it’s such a short price and the public will be running to bet Kansas City.”

Check out William Hill’s latest NFL Week 12 odds for every single game below.