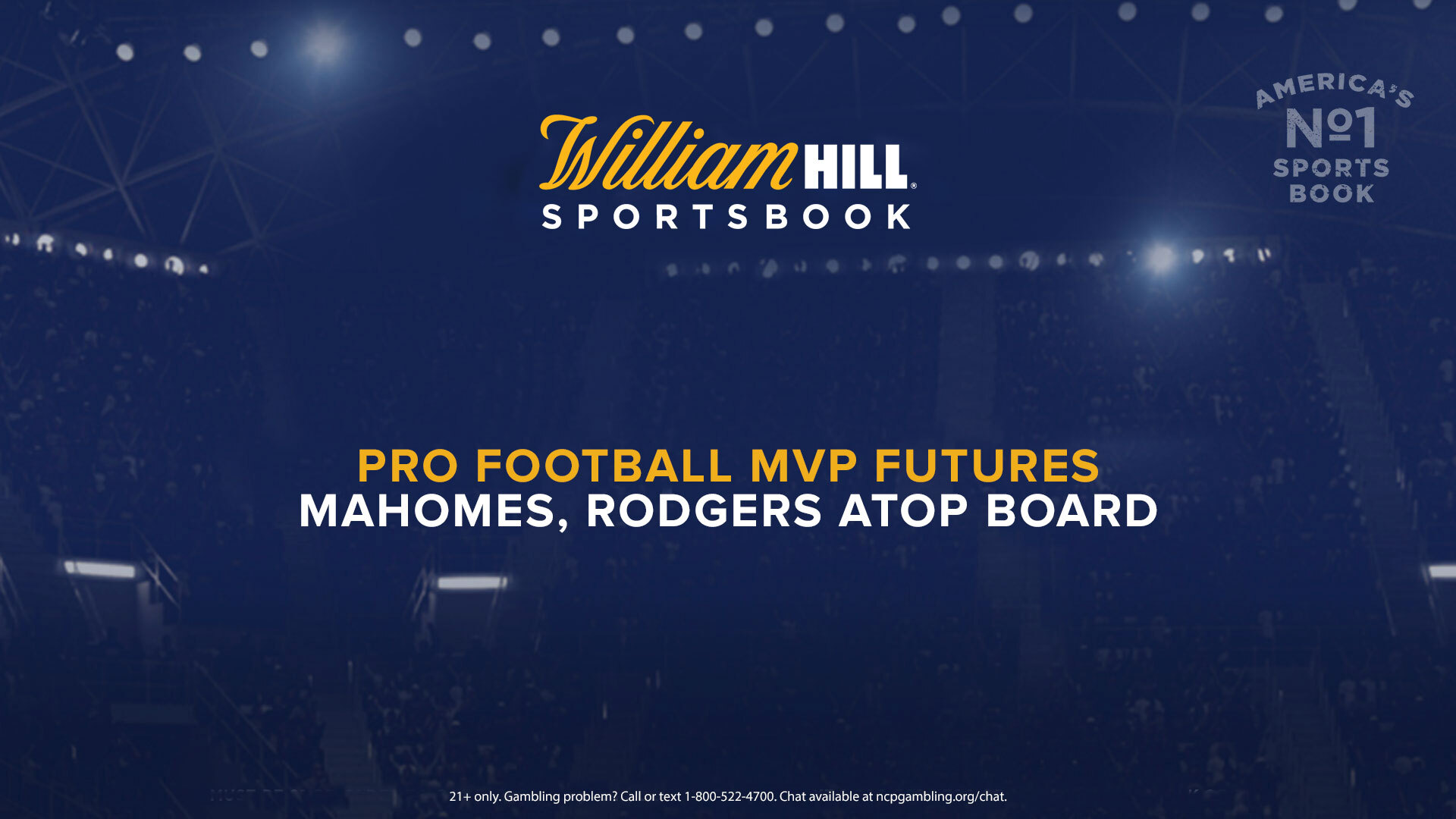 The NFL MVP race this past campaign was quite the ride. Russell Wilson emerged as the favorite at William Hill midseason, yet the Seahawks quarterback couldn’t capitalize on that early momentum. Down the stretch, it was a two-horse race between Aaron Rodgers and Patrick Mahomes, with the Packers signal-caller outlasting the Chiefs gunslinger to collect his third career MVP award.

William Hill has released its 2021-22 NFL MVP futures, and the two star quarterbacks who battled for it last season are once again atop the board. Mahomes is the favorite at +450, followed by Rodgers at +700.

“To win it again, Rodgers is going to have to be the really clear-cut choice,” said Nick Bogdanovich, Director of Trading for William Hill US. “If it’s between him and a couple of other guys, they’ll know that he got it last year and they’re more likely to opt for someone new. So he’ll have to win it hands down. Having everything go perfectly in back-to-back years, that’s a tough ask for anyone.”

Josh Allen has the third-lowest odds at 10/1, with Wilson right behind at 12/1. Super Bowl MVP Tom Brady and 2019 NFL MVP Lamar Jackson are at 15/1 each, with Justin Herbert, Kyler Murray, Dak Prescott, Matthew Stafford and Deshaun Watson all at 20/1.

“Watson’s worth a chance because wherever he goes, he’s going to be such a big factor and they’ll turn him loose,” Bogdanovich said. “If he can get out of Houston, he’s live. Herbert is definitely live if the Chargers turn it around. Bettors will be interested in Dak at that price too, just because he has a ton of weapons and how good he looked before the injury. Getting that caliber of quarterback at 20/1, I’m just glad that there’s so many strong options in this pool. That’s why it’s become such a popular market.”

Ryan Tannehill is next at 25/1, and then the first non-quarterback appears with Derrick Henry at 30/1. New Colts quarterback Carson Wentz resides at 40/1 along with Christian McCaffrey and Baker Mayfield. Meanwhile, a trio of quarterbacks are listed at 50/1: Joe Burrow, Kirk Cousins and Jameis Winston.

“I was impressed with Mayfield with the way he looked in the playoffs,” Bogdanovich said. “He really made some plays under duress. But I don’t see him as a top MVP candidate because the Browns run game is such a major part of the offense. I don’t think he’ll accumulate enough gaudy stats, but the Browns do have a good winning quarterback. Burrow I think is interesting. If there was magic and the Bengals made the playoffs, you’d hear his name being thrown out. Plus he’s really likable. He’s a real long shot, but live nonetheless.”