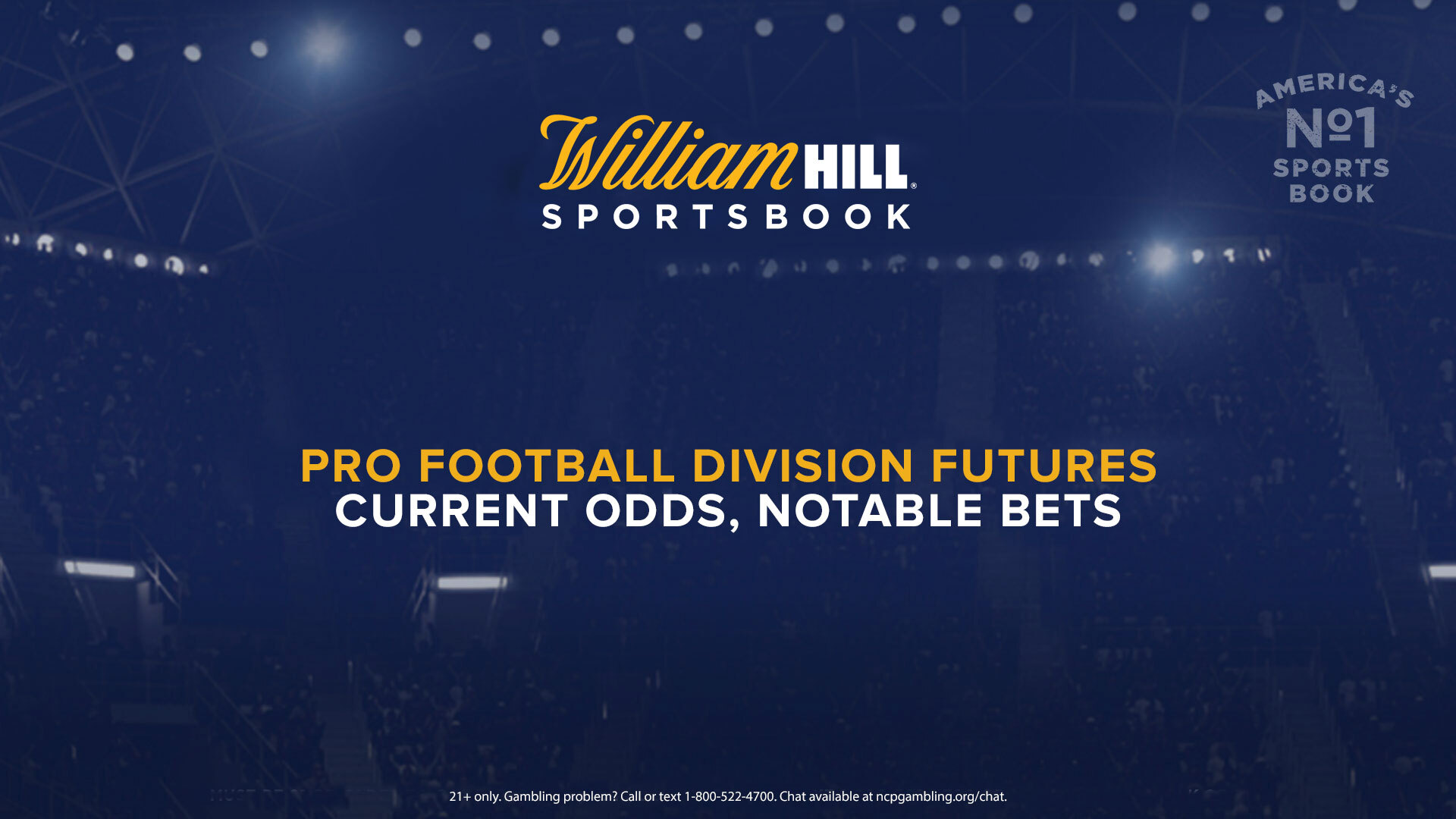 Parity is the name of the game in the NFL, as there’s new contenders that enter the fold every single season.

When William Hill released its NFL division futures in early March, there were six teams who were the sole favorite to win their respective division. Only three of them are poised to finish in first place, while teams that opened with longer odds find themselves possibly heading toward a surprising division title.

William Hill still has division futures available for the AFC South, NFC East and NFC West, so let’s take a look at the latest odds for each as well as some notable division wagers that were placed since these markets first went up.

In the AFC South, it’s a two-horse race between the Titans and Colts. Each team is 9-4, yet the Titans are slight -155 favorites to finish on top of the AFC South for the first time since 2008. Meanwhile, the Colts are at +125. The Titans, Colts and Texans were all +200 co-favorites to win this division when William Hill first posted these odds.

One Nevada bettor will be hoping that the underdog can pull away in the home stretch, as a $20,000 AFC South wager was placed back in August on Colts +130 for a total potential payout of $46,000.

One other sizable division wager that was placed back in March was on the Bills. At 10-3, Buffalo has a two-game lead over the Dolphins in the AFC East with three games left to play. The Bills originally had the second-lowest odds to win the division at +350, trailing the Patriots at -300. That didn’t deter one Nevada bettor, who placed $5,000 on Bills +350 for a total potential payout of $22,000.

Check out William Hill’s current odds for NFL division futures that are still up below.