Pro Football Championship: Which Teams Are Most Popular Bets?

Home » Pro Football Championship: Which Teams Are Most Popular Bets? 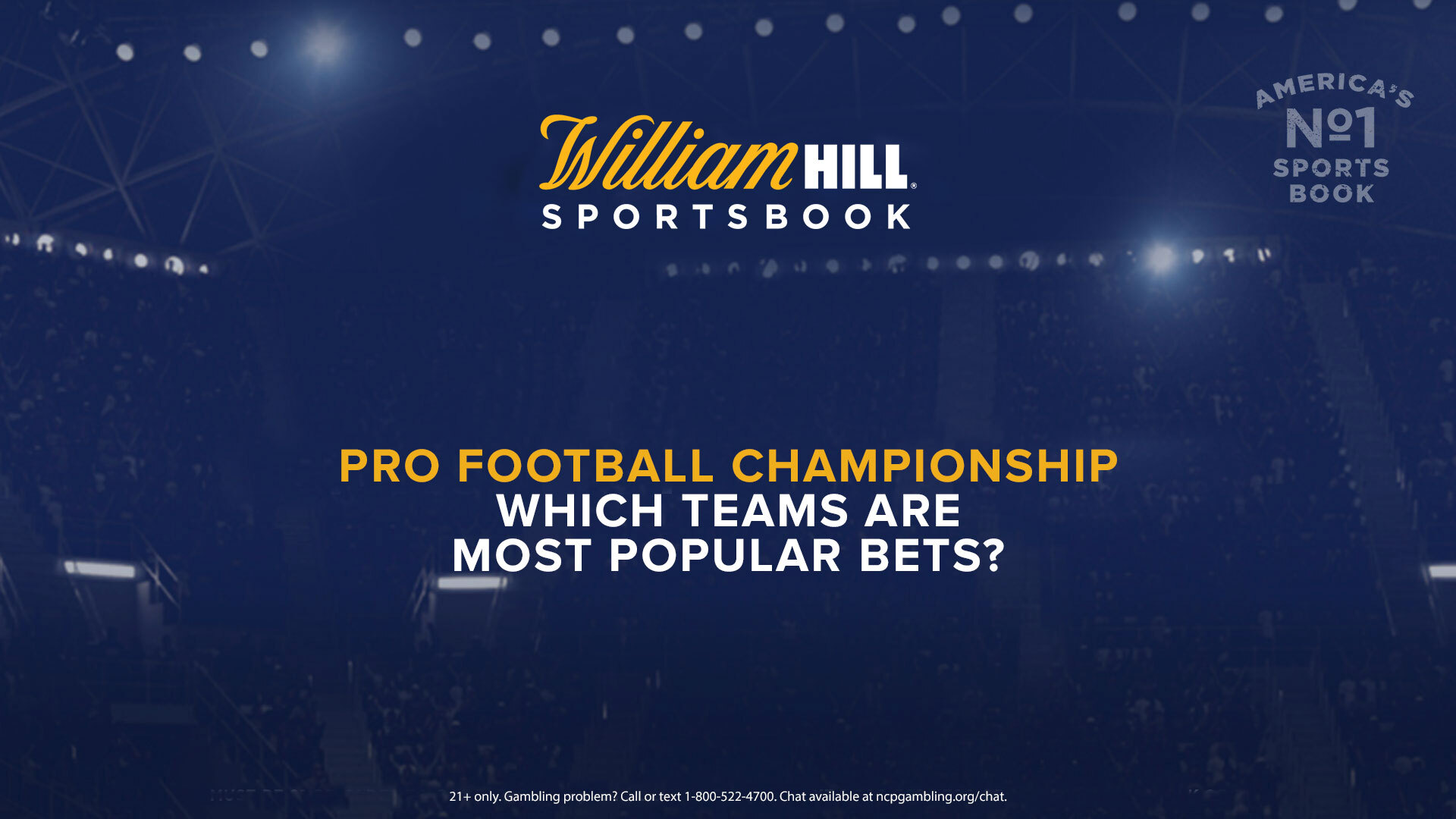 The NFL offseason has been absolutely crazy, with last week’s reports of Aaron Rodgers wanting out of Green Bay serving as the latest major shake-up in the league.

With all the major moves and rumors over the past few months, how has this impacted William Hill bettors wagering on Super Bowl futures?

“The early money in this Super Bowl pool is very hefty,” said Nick Bogdanovich, Director of Trading for William Hill US. “It’s going to be an incredible year for futures, there’s just a ton of money in the pot this early on. It’s different this year too. Usually all the big prices are minuses for us since the liability adds up quickly, but we’re in good shape with all of them. All the big minuses for us right now are teams that opened pretty low to begin with.”

The Chiefs opened as the +500 favorites on Jan. 24 to win Super Bowl 56 at William Hill Nevada, and have stayed put at that price. The reigning champion Buccaneers originally were tied for the third-lowest odds with the Bills at 10/1, and now only trail Kansas City at +700. The Packers went from first having the second-lowest odds of +850 to being tied for third-lowest at 10/1 with the Rams.

“Obviously Rodgers and Deshaun [Watson] are two top-5 quarterbacks, so they qualify as major pieces that can massively shift an entire futures book,” Bogdanovich said. “Now it’s just waiting on information about them. We’ve left the Packers at 10/1 for now, and whatever happens, it’ll be adjusted as soon as we know. There was money coming in on the Broncos, so we moved them from 75/1 to 25/1 to 20/1. If they don’t get Rodgers, we’ll raise them back up. But if they do get him, it’ll just go lower.”

When it comes to which teams William Hill bettors are wagering on to win it all, many are expecting a repeat. Tampa Bay is the most popular wager at William Hill for Super Bowl 56 futures, leading the way with 9% of the total number of tickets and 17% of the total dollars wagered.

“I guess they just love [Tom] Brady,” Bogdanovich said. “They figure that since all 22 starters are back, that they can do it again. It’s very possible that Tampa Bay will go off as the lowest-priced team once the season starts. It’s hard to believe that we have that much liability on Tampa Bay considering they’re fairly low.”

There’s one other team, however, that has emerged as the clear worst-case scenario for William Hill to hoist the Lombardi Trophy in Feb. 2022.

“Every day I take a bet on the Browns,” Bogdanovich said. “We get destroyed with the Browns, we lose seven figures with them now. AFC, division, Super Bowl, we’re just bludgeoned with Browns money. The betting hype on them has even exceeded what it was two years ago. Liability-wise, Browns are by far the worst, then Tampa Bay and San Francisco. All three of those teams are good losers, actually.”

The Browns and 49ers have each captured 8% of the total dollars wagered, only behind the Buccaneers and Chiefs (11%). For total number of tickets, the Browns, 49ers and Chiefs are all at 7%. One Illinois bettor placed $5,000 on Browns 22/1 for a total potential payout of $115,000, the biggest Browns Super Bowl 56 wager taken thus far at William Hill.

“The Cowboys always draw money regardless,” Bogdanovich said. “Dak [Prescott] looked great before he got hurt, and people think he will make a full recovery. I think they helped themselves on defense this offseason. Dallas certainly has a puncher’s chance.”

Check out William Hill’s latest odds and trends for Super Bowl 56 futures below.