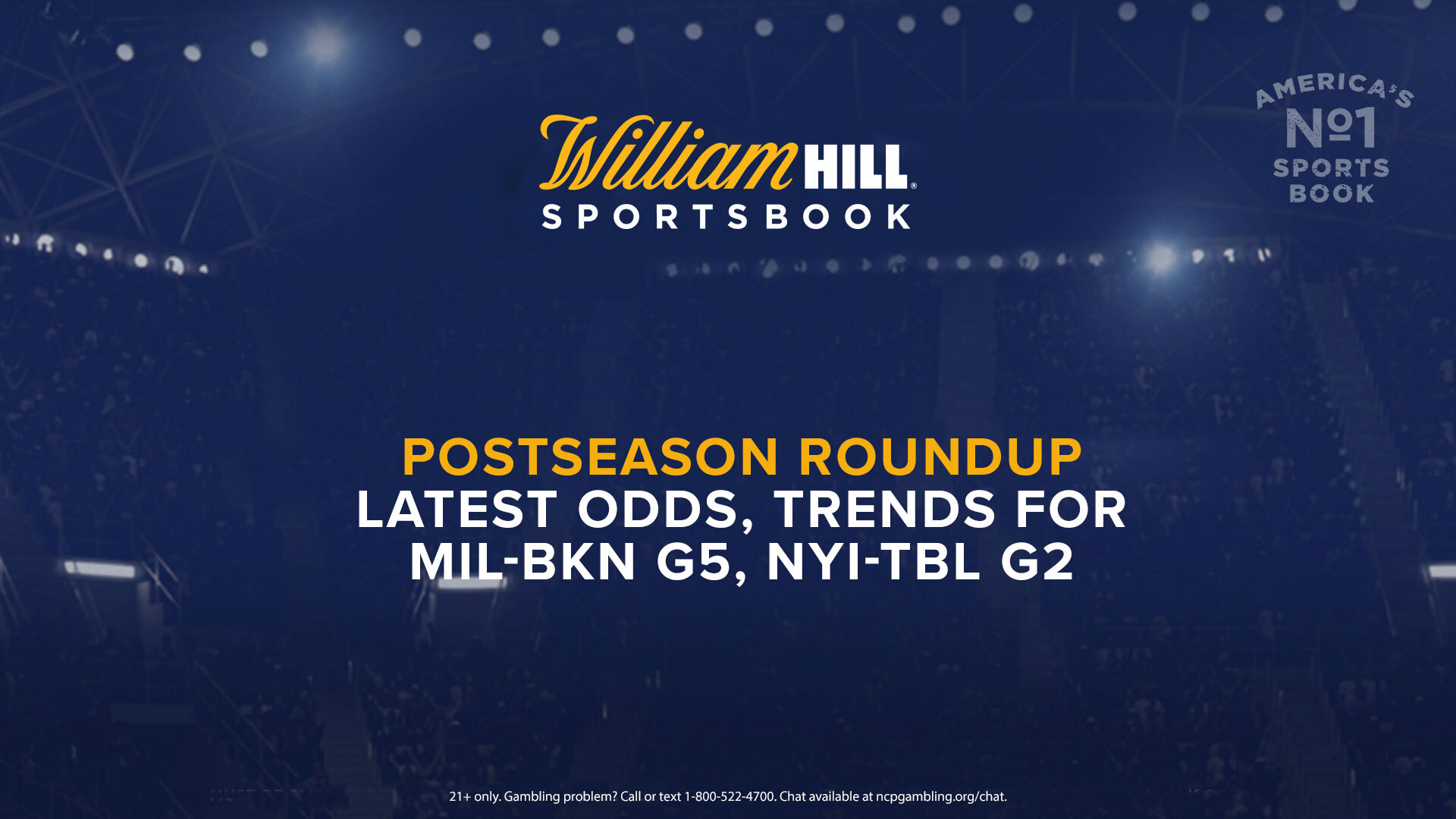 Two pre-series favorites are looking to the right the ship in front of their home fans tonight. The Nets dropped two straight in Milwaukee and now possess +130 series odds to advance against the Bucks. The Lightning were upset in Game 1 by the Islanders, and are looking to even things up in Tampa Bay.

Starting off at the hardwood, the Bucks and Nets are knotted up at two games apiece. They head back to Brooklyn for Game 5, which tips off at 8:30 p.m. ET/5:30 p.m. PT on TNT.

After the Nets went up 2-0, Brooklyn was the odds-on favorite at William Hill Nevada to win the NBA championship at -110. Now the Nets are tied for the second-lowest championship odds with the Bucks at +350, as each are just behind the Suns at +325.

“The Nets were around even-money for a while to win the title,” said Nick Bogdanovich, Director of Trading for William Hill US. “Now with their health issues and past two losses, they’re at +350 and climbing higher. If they lose tonight, they’re in rough shape. So now we have the Suns as the title favorite, they’re the only team we really lose with now. It’s a fluid situation though, it can change pretty drastically from game to game.”

Milwaukee has closed as the favorite in the past three contests in this series, and the Bucks opened as 2.5-point road favorites for Game 5. The line was bet up to as high as -4, before going back down to -3 following the news that Nets star James Harden’s playing status was upgraded to questionable.

The Bucks are currently listed at -140 on the moneyline, whereas the Nets are priced at +120. The total has bounced around a good amount today as well, and it now resides at 221.

The majority of William Hill bettors are rolling with the road favorite to cover the number here. The Bucks have generated 66% of the total number of tickets and 81% of the total dollars wagered among all spread bets vs. the Nets. That includes one Nevada bettor laying $10,000 on Bucks -4 (-110) for a total potential payout of $19,090.90.

For moneyline, however, bettors are split on who will come out on top. The Nets have the edge in total number of tickets at 51%, yet the Bucks have the advantage in total dollars wagered at 56%.

Additionally, the first four games of this series have gone under the total. As a result, the Game 5 total is the lowest it’s been all series at 221.

“We’ve made a big adjustment with the totals in this series,” Bogdanovich said. “It’s definitely up there for one of the biggest adjustments I can recall [in an NBA playoff series]. The total in Game 1 was 240. We opened at 219 then went down to 218 and now it’s back up again. It wouldn’t shock me if we needed the over for tonight.”

On the ice, the Lightning will try to make sure the Islanders don’t strike twice on their home ice. Down 1-0 in the series, Tampa Bay is a -190 moneyline favorite over New York (+170 ML) with the total at 5.

“I’m sure there will be a lot of Tampa Bay parlays today just because the public will see must-win and think that they won’t lose both at him,” Bogdanovich said. “I’d assume we’ll need Islanders huge in parlays, but straight bets we’ll be pretty even.”

The Lightning have commanded 62% of the total number of tickets and 57% of the total dollars wagered among all moneyline bets vs. the Islanders. But the underdog has reeled in the biggest wager so far in this contest, as another Nevada bettor put $8,000 on Islanders ML +175 for a total potential payout of $22,000.

Check out William Hill’s latest odds and trends for Bucks vs. Nets Game 5 and Islanders vs. Lightning Game 2 below.