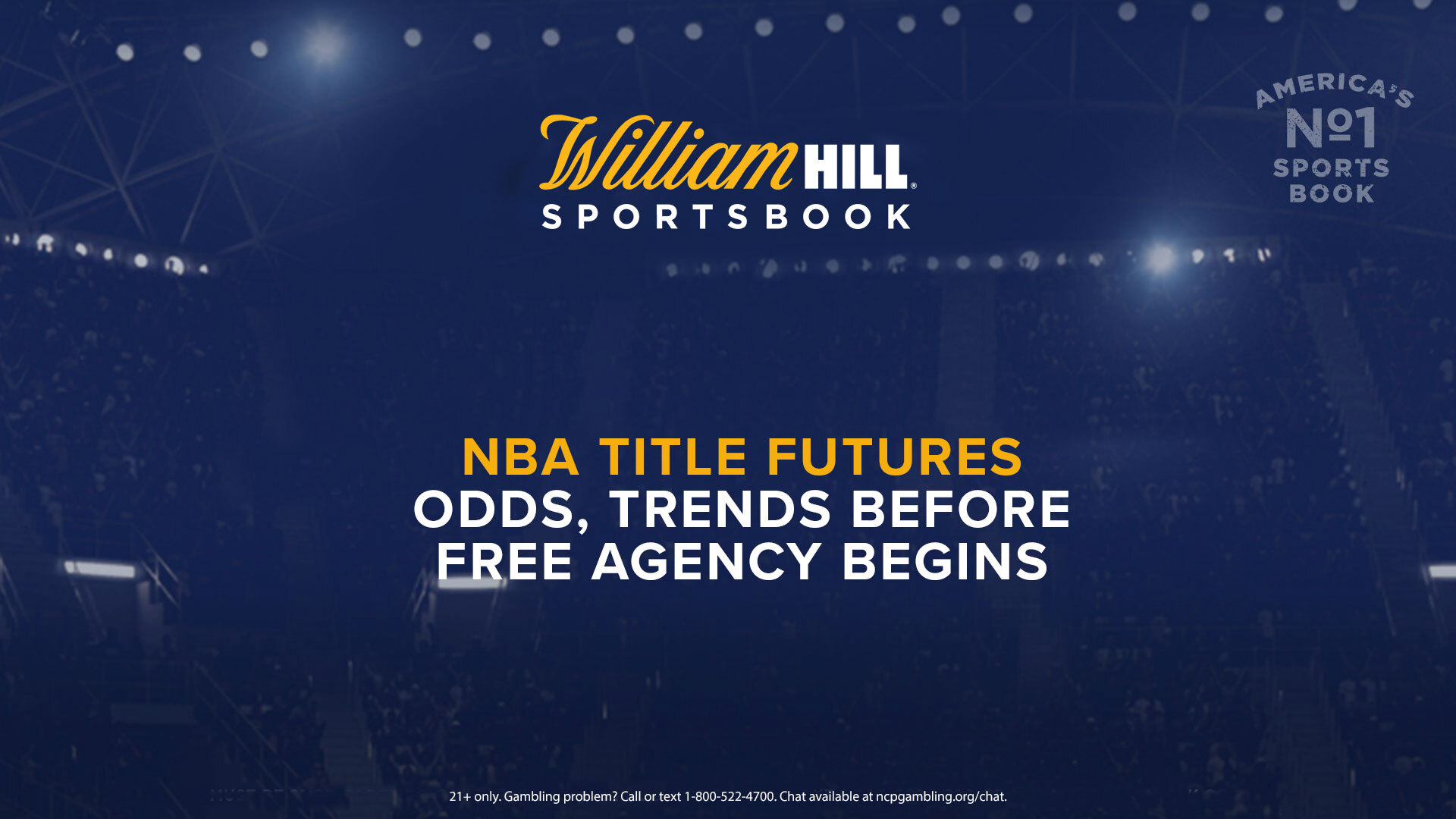 The NBA offseason is about to ramp up, as free agency officially begins today at 6 p.m. ET/3 p.m. PT. Before teams bolster their rosters and stars get moved, though, let’s take a look at William Hill’s latest NBA title futures.

The Lakers and Nets opened as +350 co-favorites at William Hill Nevada, however the Lakers have now lead the way at +300. Those odds shifted slightly after agreeing to acquire Russell Westbrook from the Wizards.

“Even though the Lakers added another piece, it’s still a long haul with an 82-game regular season and a bunch of playoff games,” said Nick Bogdanovich, Director of Trading. “It really boils down to health as we saw last year. Westbrook, LeBron [James] and [Anthony] Davis all got hurt at some point last year. They’re still running to bet them, Lakers have twice as much money as any other team.”

Another team near the top of the board that has seen their odds lower is the Warriors. Golden State was originally posted at +700, and has since moved down to +550.

“The Warriors actually have the most tickets so far,” Bogdanovich said. “I’m surprised that they’re jumping in at the price they’re currently at. They may be thinking that they’re going to get another star, but that’s already baked into the price. There’s already a good-sized gap in action between them, the Lakers and Nets compared to the rest of the league.”

The Lakers have racked up 36% of the total dollars wagered, whereas the Warriors are at 18% and the Nets are at 13%. Meanwhile, the Clippers, Bucks and Mavericks are at 4% apiece.

With the three teams with the lowest odds generating the bulk of the total dollars wagered, are there any longshots that could be worth pulling the trigger on?

“I think we’re going to write a lot of business for NBA futures because there’s a lot of live teams,” Bogdanovich said. “I think half the league is live, from the Grizzlies at 75/1 on down. All of those teams I think have a realistic shot. It seems rare for the NBA to feel this wide open. The Lakers, Nets and Warriors, these teams have cores that have a lot of miles on them. Tires wear out after driving a while. I think that opens up the possibility of anything happening.”

Interestingly, the Pelicans (60/1) have the lowest total dollars wagered of any NBA team so far at William Hill to win the 2021-22 NBA championship.

Check out William Hill’s latest odds and trends for 2021-22 NBA championship futures below.