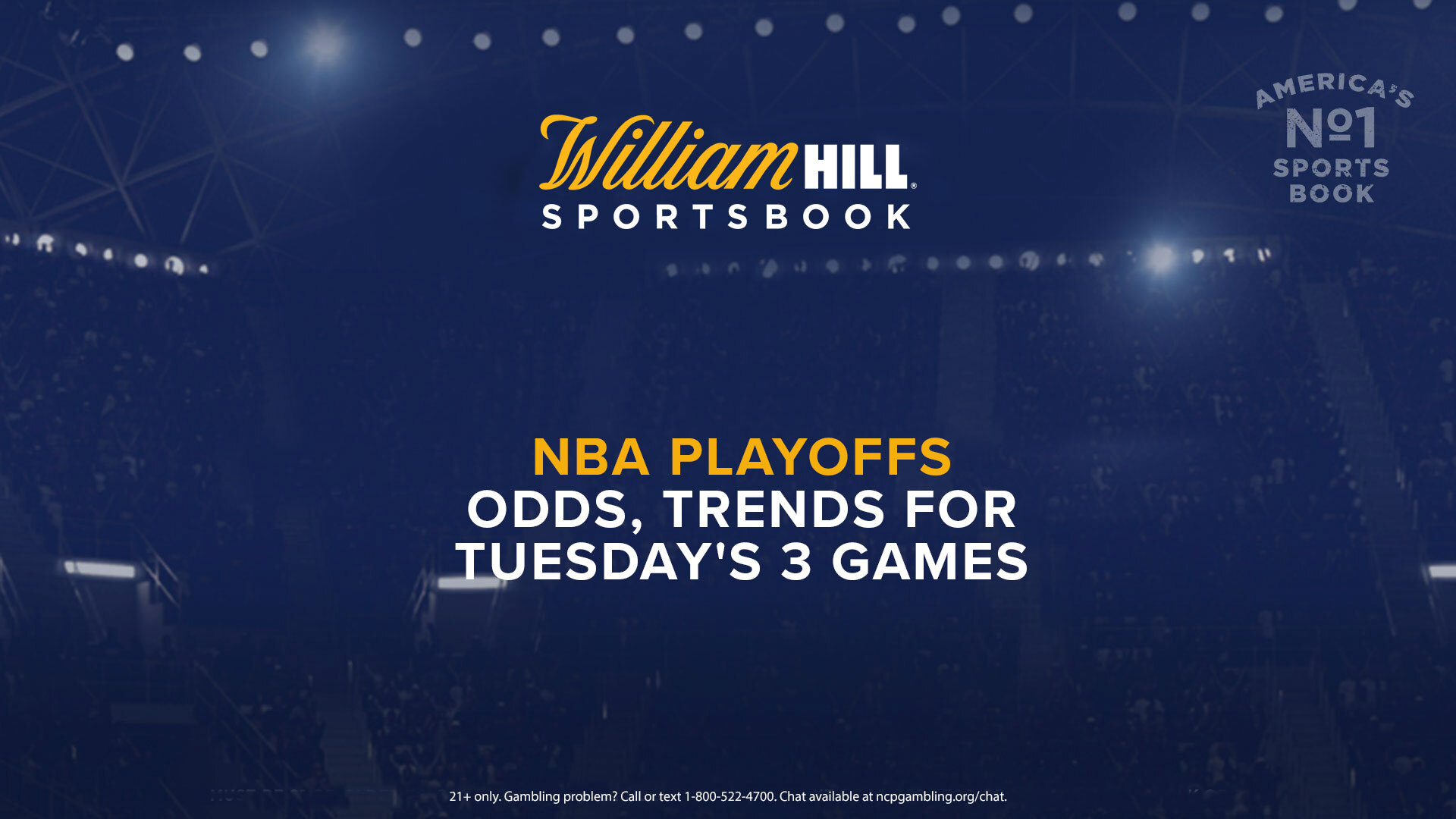 It’s been an exciting start to the NBA Playoffs, and three first-round series are knotted at two games apiece. Two of those tied series will be tipping off critical Game 5s tonight, while the current William Hill NBA championship favorite is aiming to advance this evening as well.

After cruising to an easy Game 4 win in Boston, the Nets will look to close out the series at home against the Celtics at 7:30 p.m. ET/4:30 p.m. PT on TNT. Brooklyn still remains the favorite to win the NBA championship (+175) and Eastern Conference (-150) at William Hill.

“The Celtics winning Game 3 was probably our biggest win this postseason, either that or the Wizards winning last night [against the 76ers],” said Nick Bogdanovich, Director of Trading for William Hill US. “I think it’ll be a one-way freight train tonight, we’re definitely going to need the Celtics. In these playoffs, you want to get these series over as fast as humanly possible. So I’m sure the public will be thinking that the Nets want to take care of business up 3-1 so they can rest and concentrate on the next series.”

At 9 p.m. ET/6 p.m. PT on NBA TV, Damian Lillard and the Trail Blazers square off against Nikola Jokic and the Nuggets. The two Western Conference foes have each won one home game and one road game so far this series, and now a 3-2 series advantage will be decided in Denver.

“I’d say this is the most even series [in the first round],” Bogdanovich said. “It feels like anything can happen in this game, it’s been good two-way action so far. Unless we take a big bet on one side or the other, I think this will end up dead even. It’s a perfect game to book if you’re a bookmaker.”

The late game has another pair of Western Conference teams vying for a 3-2 lead in the series. The Suns host the Lakers at 10 p.m. ET/7 p.m. PT on TNT, and all eyes are on whether Anthony Davis will suit up. The Lakers’ star big man suffered a left groin strain in the second quarter of Game 4, and he’s officially listed at questionable.

This is also the first time all season that the Lakers are not the Western Conference favorites at William Hill. After their Game 4 loss to Phoenix and the Jazz going up 3-1 in their series to the Grizzlies, Utah (+200) is now slightly edging out the Lakers (+220).

“The Lakers money is definitely slowing down,” Bogdanovich said. “They’re a two-headed monster, so if you cut one of them off, it’s a completely different ballgame without [Davis] in. We might even end up needing the Lakers tonight. Right now we’re high on Phoenix minus the points, but we’re high on Lakers moneyline. The parlays are about dead even. I’m curious to see where the money will be closer to tip. But it won’t be a monster decision like with the Lakers earlier in the series, that’s for sure.”

William Hill bettors are divided on the total too, with the over capturing 65% of the total number of tickets and the under nabbing 64% of the total dollars wagered.

Check out William Hill’s latest odds and trends below for every spread in tonight’s Game 5 matchups in the NBA Playoffs.