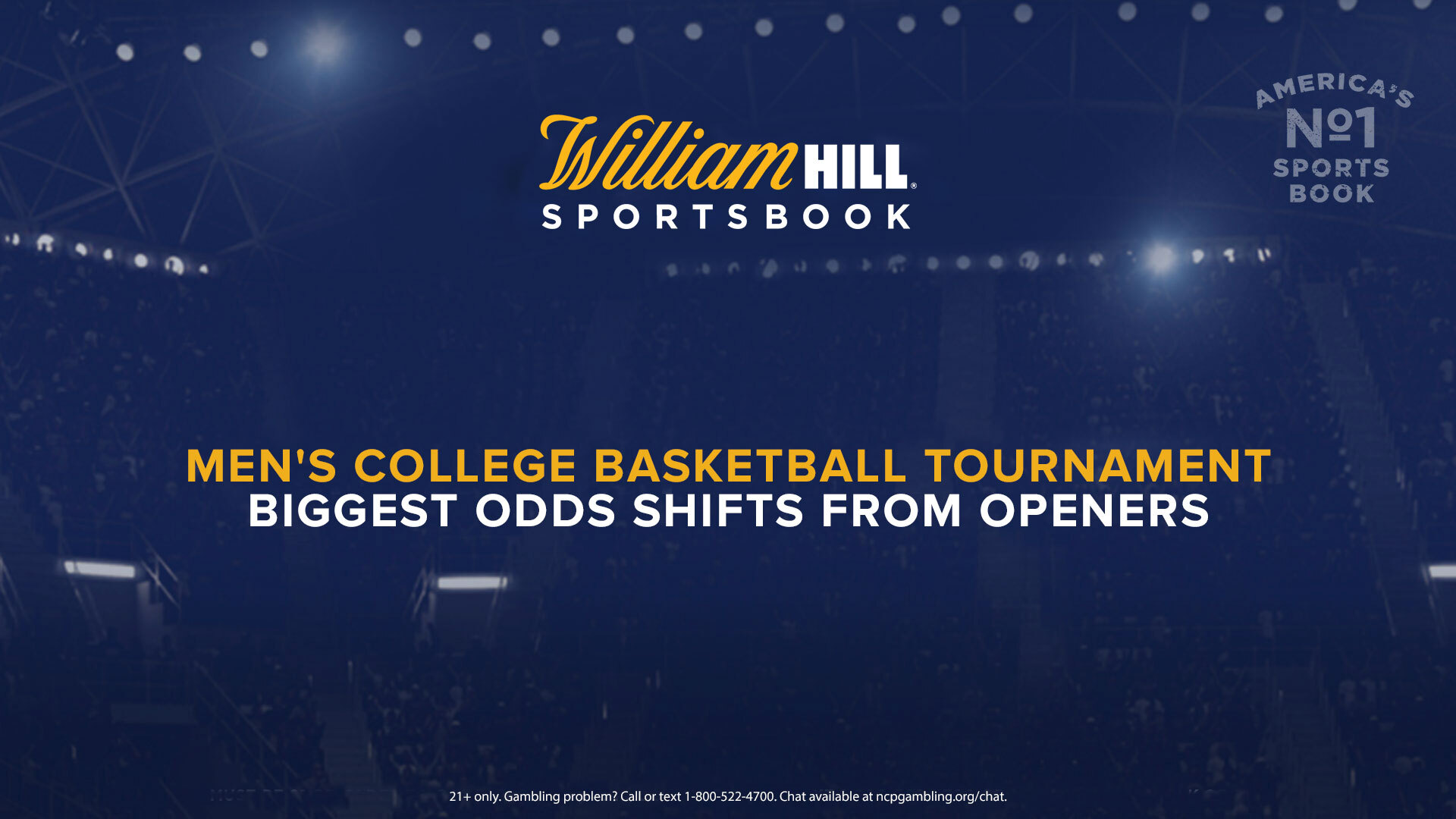 One of the best weeks in sports is finally here again. After the March Madness bracket was unveiled yesterday, William Hill released its odds for every scheduled NCAA tournament matchup on Thursday, Friday and Saturday.

The Round of 64 is often marked by unforgettable upsets and the country falling in love with a potential Cinderella story. In fact, a few spreads have already moved by over a point in favor of the underdog.

“Public underdogs have taken a life of their own the last few years in this tournament, and there will definitely be more this year,” said Nick Bogdanovich, Director of Trading for William Hill US. “More often than not, it’s usually a mid-major like Winthrop. But this is very rare that we see two teams like Oregon State and Georgetown who came back from the dead and win their conference tournaments like that. They may get a lot of love in their opening games, I’m interested to find out.”

There’s already been one David going up against a Goliath who has attracted early attention from bettors. The biggest spread shift thus far at William Hill Nevada features the No. 13-seeded MAC champion squaring off vs. the No. 4-seeded defending national champion.

“We opened Virginia 10.5 and it’s down to -7.5,” Bogdanovich said. “Obviously sharp money on the dog. I see why, Ohio finished the season strong and Virginia’s not one of those teams that has the firepower to always pull away. But I still think we’re going to need Ohio in this one. The masses will be on Virginia, especially with them now getting a better number.”

Two contests that opened at pick’em have swung by 1.5 points too. No. 10 Rutgers is the only higher seed that is currently a favorite at William Hill in its opening matchup, as the Scarlet Knights are listed at -1.5 vs. No. 7 Clemson. No. 8 LSU and No. 9 St. Bonaventure were deadlocked to start, yet the Tigers are also -1.5 now.

“St. Bonaventure has been a really solid program for a while, so I understand why that game is expected to be so close,” Bogdanovich said. “But I think LSU’s strong showing in the SEC tournament and the fact that they come from a power conference, we’re going to need the Bonnies here.”