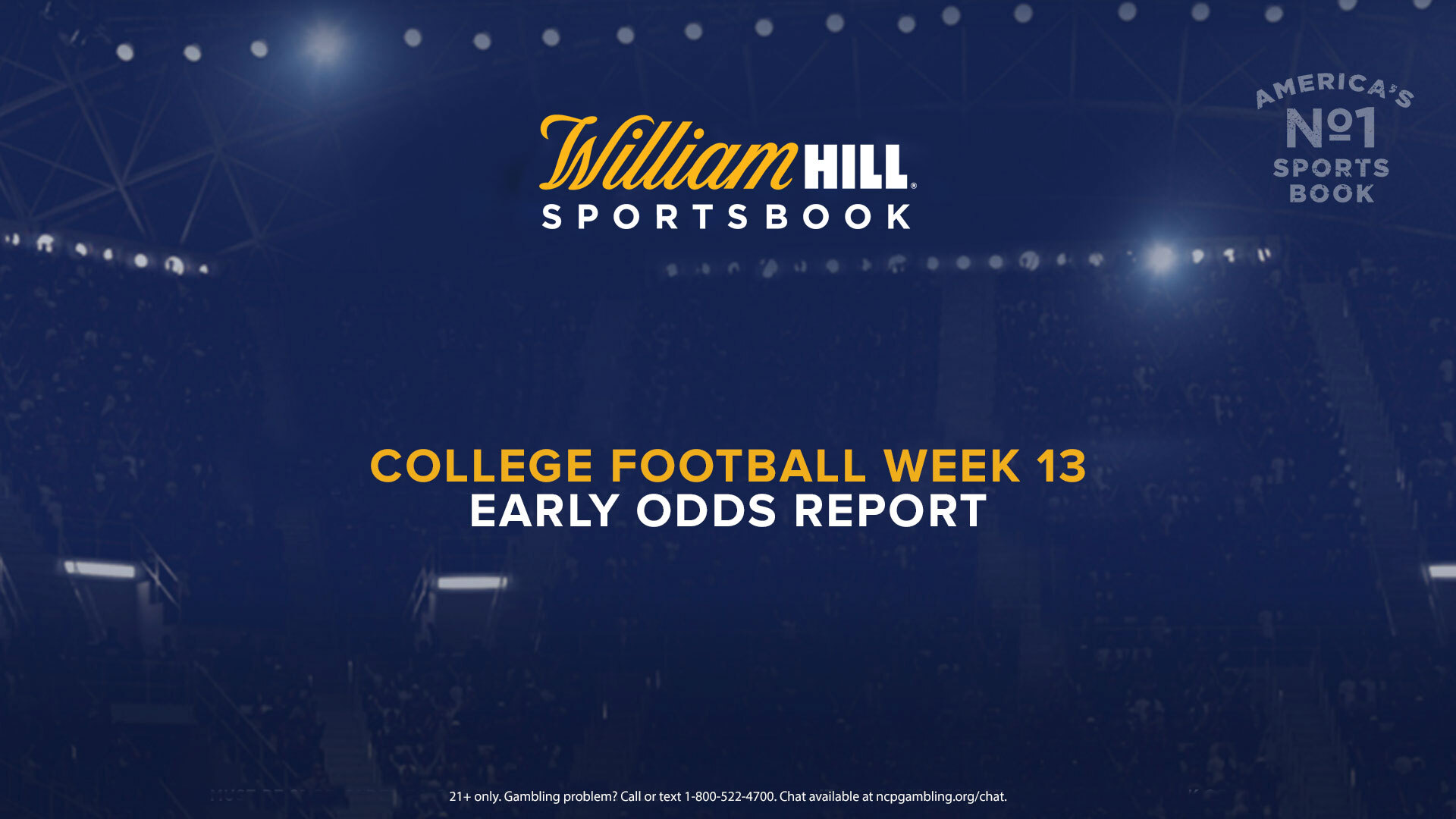 It’s Thanksgiving week, meaning we’re full of rivalry matchups and games with major implications around the country in college football.

Week 13 of the college football season features two top-25 showdowns, including one of the most famed rivalries in the sport.

No. 1 Alabama welcomes No. 23 Auburn to Bryant-Denny Stadium on Saturday afternoon, with the top-ranked Crimson Tide currently 24-point favorites at William Hill in this year’s Iron Bowl. Alabama is coming off a 63-3 drubbing over Kentucky, while Auburn handled business over Tennessee with a 30-17 victory.

“We’ll definitely need Auburn, that I can tell you,” said Nick Bogdanovich, Director of Trading at William Hill. “Alabama just dismantled Kentucky, and I know they want to dismantle their rival here too. So yeah, it’s a big number, but the public is still going to back them heavily.”

Two ranked Big 12 foes meet in Austin on Friday, as No. 22 Texas is a 2-point favorite at home over No. 17 Iowa State. The Cyclones are alone atop the Big 12 standings thanks to a 6-1 record in conference play, while the Longhorns enter this affair on a three-game winning streak.

“This should be a great game,” Bogdanovich said. “In Iowa, they’ll be on Iowa State like crazy, so that’ll be fun. But it’s a heck of a game, it’s near pick’em, it’s the first game on Friday. So that one will be a monster. I don’t know who we’ll need, but there will be a ton of money on that game.”

Besides Alabama, the other two top-3 ranked teams are in action on Saturday as well. No. 3 Ohio State is also a sizable favorite, as the Buckeyes are 28.5-point road favorites over Illinois. No. 2 Notre Dame, though, is only a 4.5-point road favorite over unranked North Carolina.

“That’ll be a big-bet game for sure,” Bogdanovich said. “I think North Carolina is going to give Notre Dame all they have. North Carolina’s drawing some money this year, so I don’t know if the decision would be as big as you’d think. But yeah, I’d imagine the masses will be on Notre Dame at that cheap number.”

The Iron Bowl may headline the slate, but there are still other major in-state rivalries on tap this week. They include the Big Game (California -1.5 vs. Stanford), the Civil War (No. 9 Oregon -14 at Oregon State), the Egg Bowl (Mississippi -9.5 vs. Mississippi State) and the War on I-4 (UCF -25 at USF).