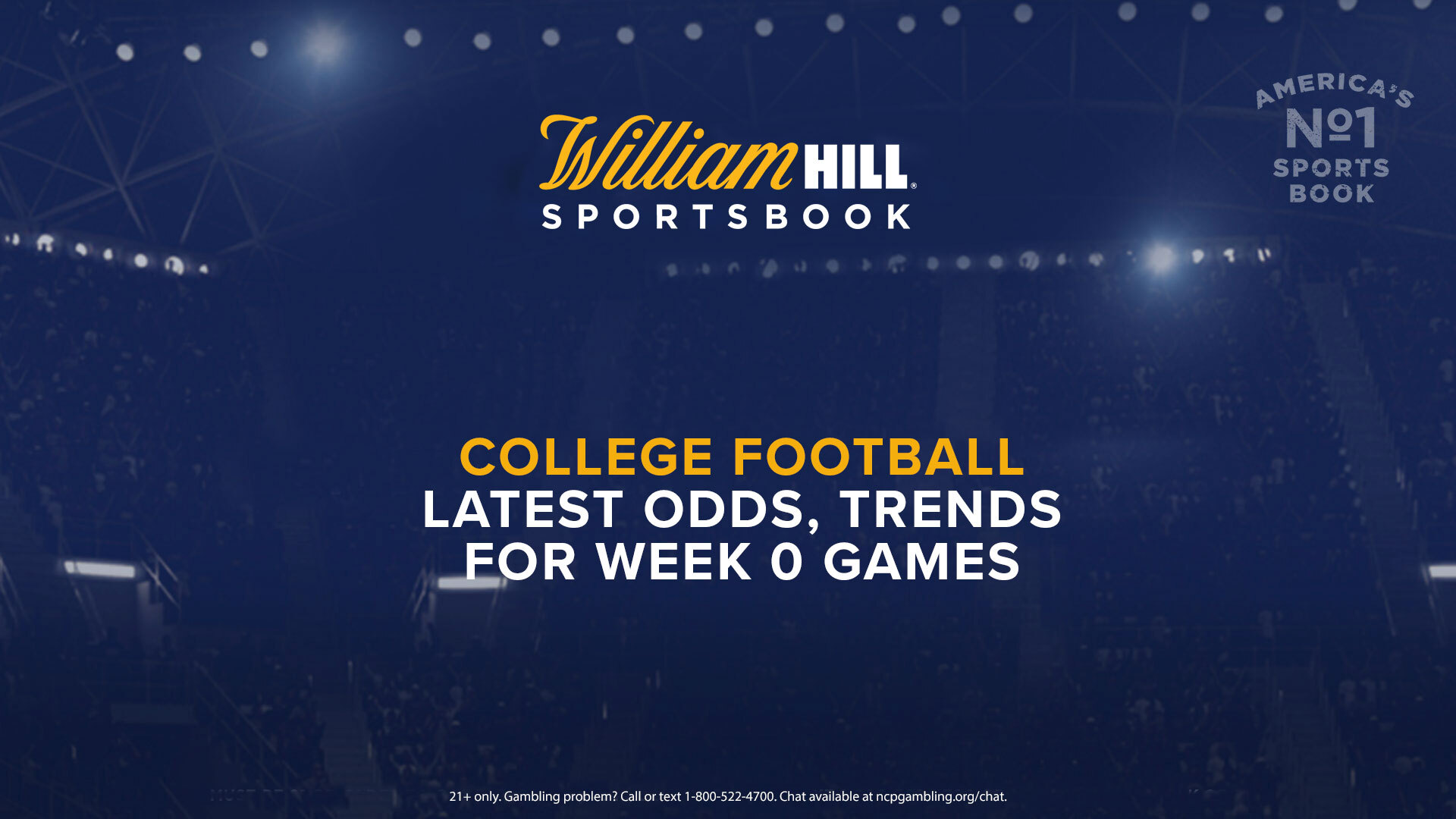 We’ve finally made it, the college football season kicks off tomorrow! William Hill Nevada has odds up for five Week 0 contests, so let’s look at the odds movement and betting action for tomorrow’s slate.

The opening game of the season is also a conference clash. Nebraska travels to take on Illinois, where the two will square off at 1 p.m. ET/10 a.m. PT on FOX. Bret Bielema will be making his debut as the Illinois head coach, while Scott Frost is hoping to get his fourth campaign in Lincoln started off on the right foot.

There are only five teams ahead of Nebraska for Big Ten championship futures, as the Cornhuskers are tied with Indiana for the sixth-lowest odds at 20/1. Illinois is at the bottom of the board at 300/1, with Rutgers possessing the next-highest odds at 250/1.

Nebraska opened as a 9.5-point road favorite in this showdown, however the Cornhuskers (-260 on the moneyline) are now -7 over the Fighting Illini (+220 ML). The total has also experienced a shift, dropping 1.5 points from 56 to 54.5.

William Hill bettors are divided on which team will cover the touchdown spread. Illinois has the advantage with 63% of the total number of tickets, whereas Nebraska has the edge with 51% of the total dollars wagered. That includes one New Jersey bettor who placed $25,000 on Nebraska -6.5 (-120) for a total potential payout of $45,833.35, which is the biggest Week 0 college football wager as of now at William Hill.

There’s much more alignment on the total, with the under collecting 66% of the total number of tickets and 93% of the total dollars wagered.

The team with the lowest college football championship futures price playing tomorrow is UCLA (150/1). The Bruins host Hawaii at the Rose Bowl at 3:30 p.m. ET/12:30 p.m. PT on ESPN. UCLA has not won a non-conference game in the Chip Kelly era, as the Bruins’ last win outside of the Pac-12 came against Hawaii in 2017.

This West Coast battle is also responsible for the biggest Week 0 spread movement. UCLA (-900 ML) was originally 14-point home chalk and has since been moved up to -17.5 against Hawaii (+600 ML). While the spread has increased, the total has decreased—going from 71 to its current number of 68.5.

The biggest favorite on the board is Fresno State, as the Bulldogs are 27.5-point chalk and -7000 on the moneyline against the UConn Huskies (+2000 ML). There hasn’t been much odds movement in this battle of the canines—the spread hasn’t budged and the total has slightly jumped up from 62.5 to 63.

William Hill bettors are rolling with the heavy favorite to surpass the spread here, as Fresno State has attracted 73% of the total number of tickets and 85% of the total dollars wagered against UConn.