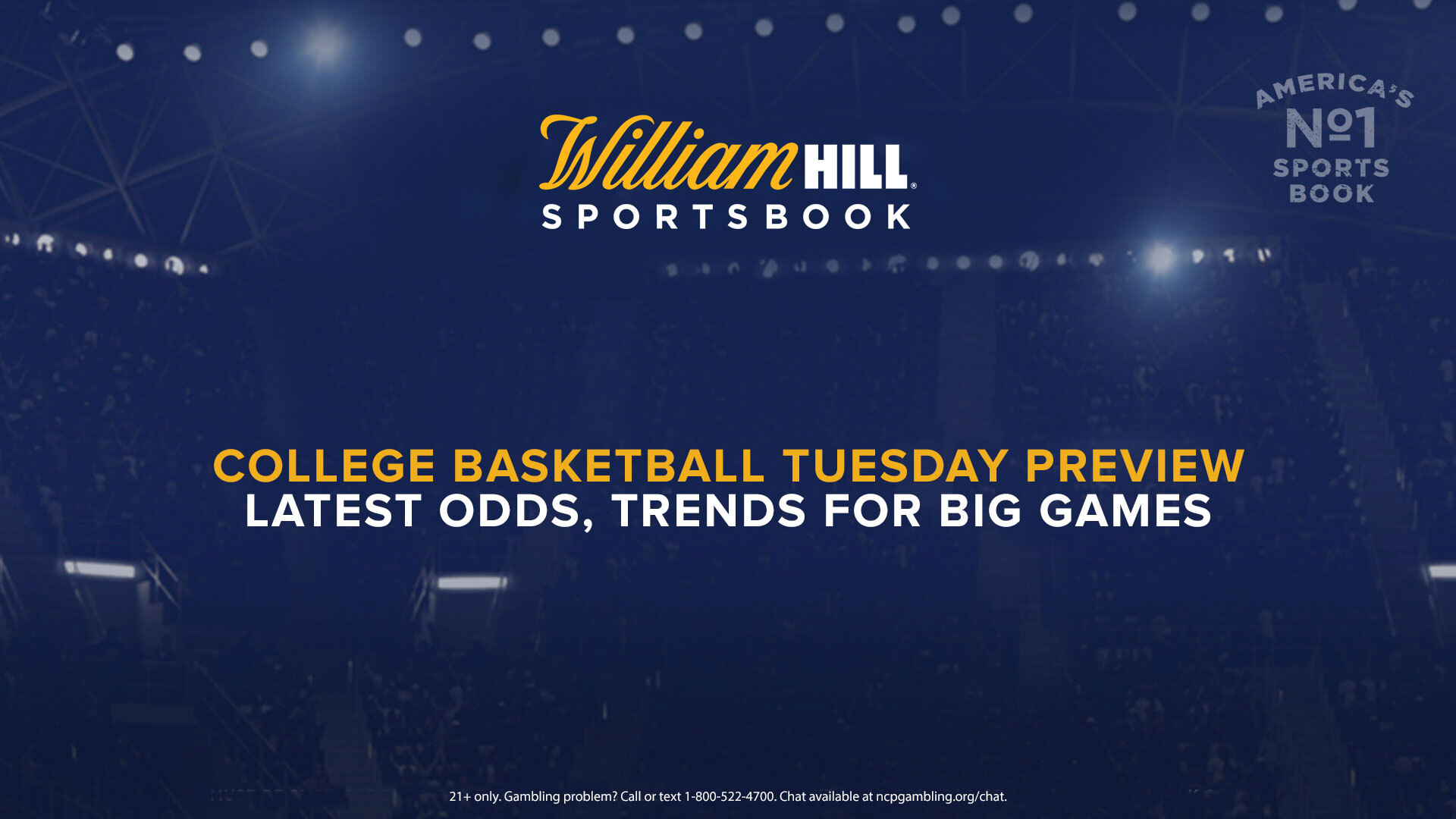 Whether it’s a top-25 clash in the Big 12, ranked teams traveling to tricky road environments or struggling powerhouse programs looking to get right at home, today’s college basketball slate has plenty on the docket.

It’s an earlier start to the college hoops day with Notre Dame taking on Duke at 4:30 p.m ET/1:30 p.m. PT. Duke opened as a 6-point home favorite at William Hill before moving to -7.5.

The Blue Devils sit at 7-7 on the season, including two straight defeats against Miami and North Carolina coming into this game. While Duke is drawing 54% of the total dollars wagered among all spread bets against Notre Dame, the Irish are reeling in 52% of the total number of tickets.

Michigan State snapped a four-game losing skid this past Saturday after a 10-point victory over Nebraska. The Spartans will look to make it two straight in the win column tonight at 7 p.m. ET/4 p.m. PT at home vs. Penn State. Like Duke, the spread has shifted 1.5 points in Michigan State’s favor, as the line has gone from Spartans -2.5 to -4.

Moving from this season’s biggest disappointments to biggest surprises, No. 11 Alabama is a 6.5-point road favorite at South Carolina at 6:30 p.m. ET/3:30 p.m. PT. The Crimson Tide are currently tied for the eighth-lowest 2020-21 title odds at William Hill with Illinois at 20/1. The spread and total have both seen movement in this one, as Alabama has dropped from -7.5 to -6.5 and the total has increased from 154 to 157.

Even with the line movement heading in the direction of the home underdog, William Hill bettors are still heavily backing the Tide. Alabama has captured 92% of the total number of tickets and 96% of the total dollars wagered among all spread bets against South Carolina. Additionally, an Illinois bettor placed $5,500 on Alabama vs. South Carolina over 154 (-110) for a total potential payout of $10,500—which is the biggest college basketball wager taken thus far at William Hill for today’s slate.

No. 13 Texas has slightly lower title odds than Alabama at 18/1, and the Longhorns find themselves as 14-point road favorites at Kansas State at 8 p.m. ET/5 p.m. PT. William Hill bettors are divided on this contest, as Texas is grabbing 71% of the total number of tickets while Kansas State is attracting 69% of the total dollars wagered.

Meanwhile, there is one unranked home underdog getting the majority of the spread action against a top-25 foe. Georgetown is at +7.5 to No. 19 Creighton at 9 p.m. ET/6 p.m. PT. The Hoyas upset Creighton as a double-digit road underdog last Wednesday, and many William Hill bettors are expecting another close game. Georgetown has received 52% of the total number of tickets and 58% of the total dollars wagered among all spread bets vs. Creighton.

In the marquee matchup tonight, No. 14 West Virginia heads to Lubbock to take on No. 7 Texas Tech at 9 p.m. ET/6 p.m. PT. Texas Tech was first listed as a 5-point favorite at William Hill before the line jumped up to -6. The Mountaineers won a thrilling first matchup in Morgantown in late January after outlasting the Red Raiders 88-87.

The majority of William Hill bettors are siding with the road underdog here, as West Virginia has collected 61% of the total number of tickets and 57% of the total dollars wagered among all spread bets in this top-25 showdown.