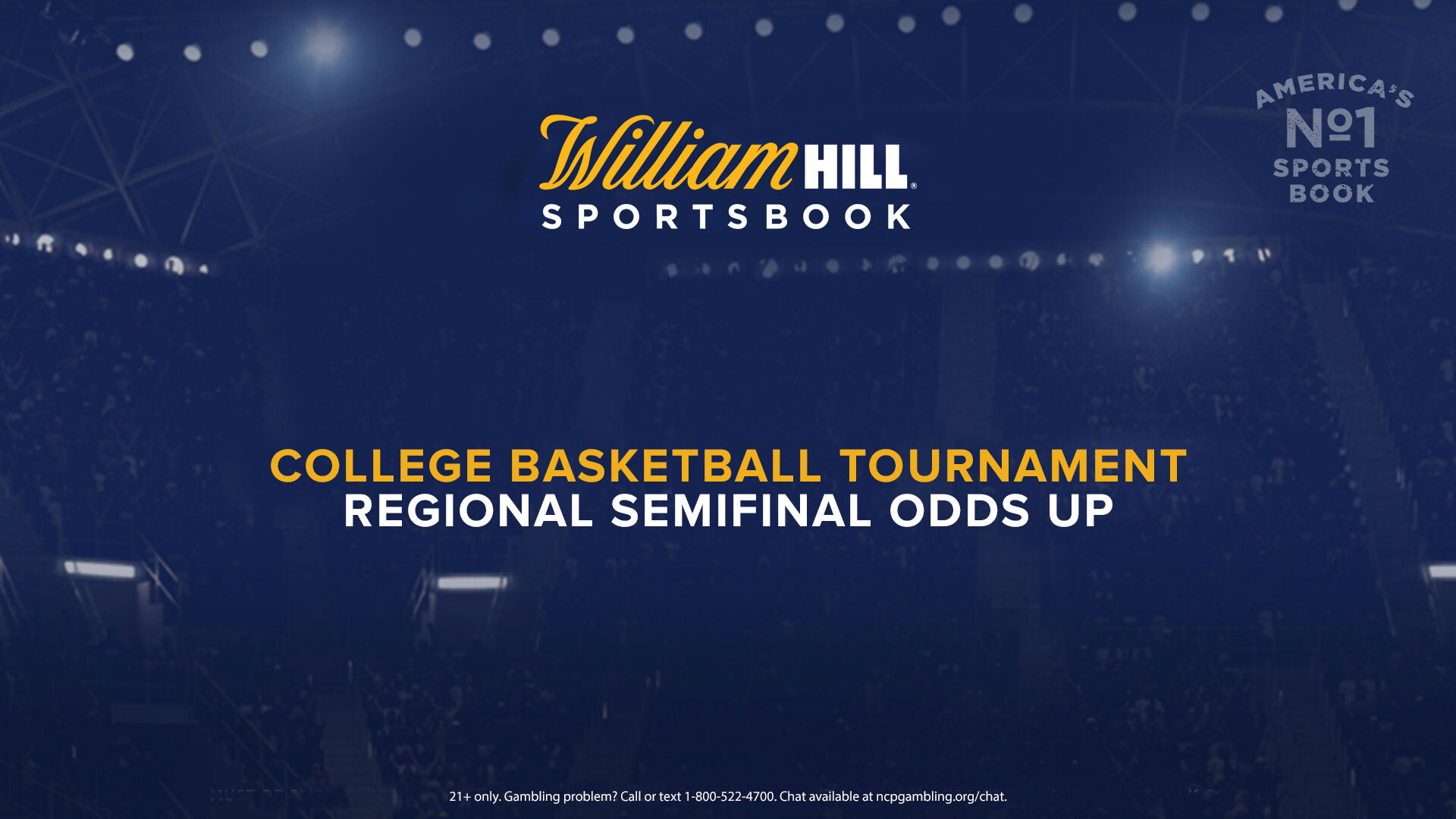 Just 16 teams have dreams of cutting down the nets this NCAA tournament after surviving the first week of games.

It was an upset-heavy first two rounds, as this year’s Sweet 16 features the highest seed total ever with a sum of 94. Additionally, underdogs have posted a 25-22 record (53.2%) against the spread so far.

“The biggest win for the house was Illinois-Loyola Chicago for sure,” said Nick Bogdanovich, Director of Trading for William Hill US. “The biggest loser definitely came from yesterday, it was either USC-Kansas or Gonzaga-Oklahoma. USC-Kansas was the late game and Pac-12 had been rolling, so there was a ton of support on the short line come game time.”

The Sweet 16 matchups are set for Saturday and Sunday, and William Hill has odds posted for every game.

Gonzaga leads the way at +130 in William Hill’s 2021 championship futures, and the Bulldogs are the only team to be a double-digit favorite in each of its first three March Madness showdowns. Arkansas and Oral Roberts are a combined 4-0 against the spread, including three outright victories as underdogs. These contests feature the two highest Sweet 16 totals as well, with Arkansas vs. Oral Roberts at 159.5 and Gonzaga vs. Creighton at 158.5.

“Gonzaga has covered both their games, people love Gonzaga,” said Nick Bogdanovich, Director of Trading for William Hill US. “They want to see a mid-major finally get it done. We’ll need Creighton for sure in that game. Then I actually think it helps Oral Roberts that they’re running into a team that also plays fast. It’ll come down to how many threes they can hit against Arkansas.”

“We’re going to need Houston in that game, Syracuse is going to be a public dog,” Bogdanovich said. “[Syracuse coach Jim] Boeheim just knows how to win in March. Houston needed a miracle to beat Rutgers. UCLA-Alabama is going to be interesting to see what the masses do. Pac-12 teams were drawing a lot more money in the second round compared to the first round. UCLA has won three games, but I think the money will slow down there because of how good Alabama looked against Maryland.”

In the lone conference battle this weekend, No. 6 USC is a 2.5-point favorite over No. 7 Oregon in this Pac-12 clash. That is the lowest spread of any Sweet 16 affair.

The Sweet 16 game that has the highest combined seed total is No. 8 Loyola Chicago against No. 12 Oregon State. The Ramblers are listed at -6.5, and the total is the lowest of any this round at 125.5.

“That’s a big number for Loyola to be laying,” Bogdanovich said. “Oregon State could be a public dog here again at that number, that was the case when they played Tennessee and Oklahoma State. I have a feeling we’ll need Loyola against Oregon State.”

Check out William Hill’s latest odds for every Sweet 16 matchup below.