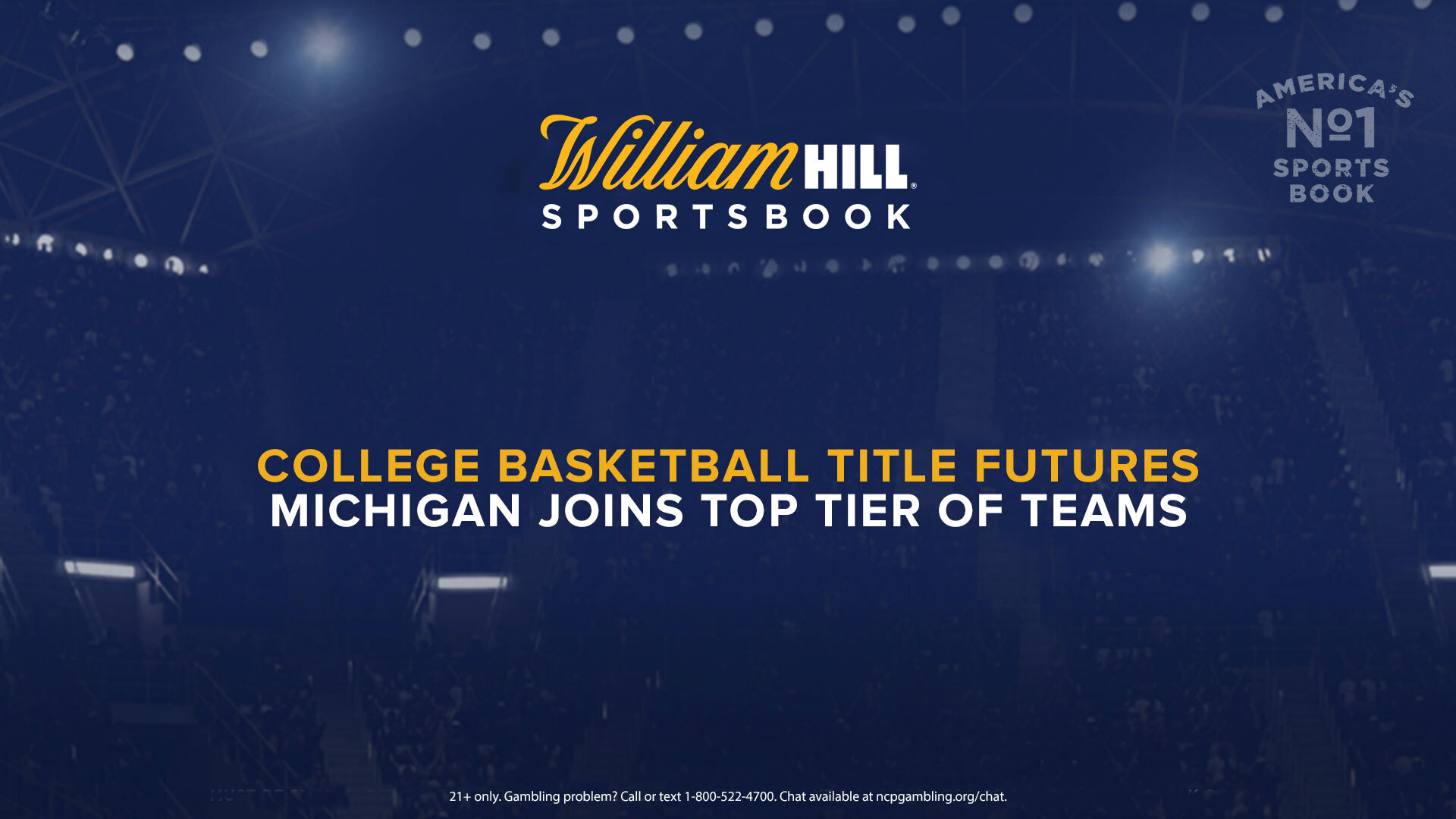 For a good chunk of the season, two teams were well ahead of the rest of the country for William Hill Nevada’s 2020-21 college basketball championship futures. When the season tipped off on Nov. 25, Gonzaga was the favorite at +700 followed by Baylor at 10/1. They’ve remained alone at the top of the board… until today.

Gonzaga still leads the way at +250, however Baylor is now tied for the second-lowest odds at +350 with Michigan.

“Michigan is absolutely on that same tier as Gonzaga and Baylor,” said Nick Bogdanovich, Director of Trading for William Hill US. “They’ve been playing outstanding. We’ve got huge liability on Michigan, they were pounding them early. So we lose really bad with Michigan, we lose pretty damn good with Baylor too. Gonzaga is good for us though. Actually, Michigan would be the worst result for us out of any team.”

Behind Gonzaga, Baylor and Michigan in title odds is Illinois at 15/1, with Ohio State and Villanova next at 20/1 each. Iowa, Florida State and Houston, all at 25/1, are the only other teams below 30/1 at William Hill.

Lower down the board, it’s been a tough season for several powerhouse programs. Duke is currently at 80/1, while North Carolina and Michigan State are both residing at 100/1. Kentucky is even higher, positioned at 200/1.

“There’s been some recent action on North Carolina,” Bogdanovich said. “We had them as high as 200/1, then went down to 125/1 and now 100/1. They had a big win against Florida State this past weekend. But overall they’re not running to the window to bet these teams, even at these prices.”

Regarding the most popular bets to win March Madness since the season started on Nov. 25, the same three teams stand out from the pack in terms of total dollars wagered. Michigan and Gonzaga have each attracted 17% in that category, with Baylor nearby at 13%.

One recent noteworthy wager on a long shot came on the Tar Heels, as another Nevada bettor put $1,500 on North Carolina 200/1 for a total potential payout of $301,500.

For total number of tickets, Gonzaga at 8% is slightly edging out Michigan, Iowa and Baylor, who are all at 7%. Villanova (5%) and Illinois (4%) are the only other teams above the 3% mark in that department.