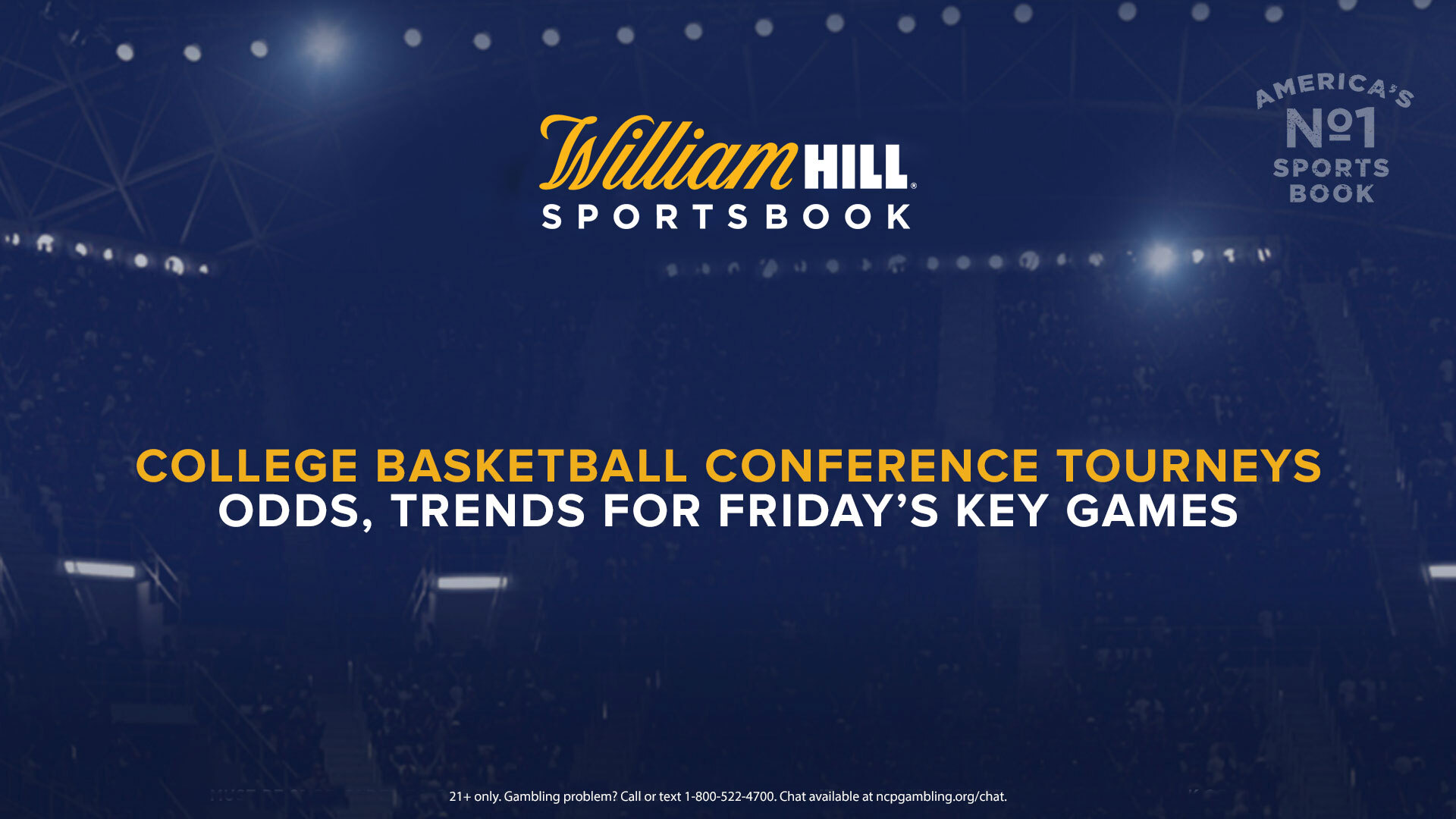 It doesn’t get much better than today for college basketball, as there are 15 ranked teams in action with six of them going head-to-head in their respective conference tournament matchup.

Tonight’s slate includes several intriguing battles, headlined by the No. 2 team in the country going up against arguably the best player in the country.

No. 2 Baylor will face No. 12 Oklahoma State in the Big 12 tournament semifinals at 6:30 p.m. ET/3:30 p.m. PT on ESPN. After losing its first game of the season against Kansas on Feb. 27, the Bears have ripped off four straight wins, including an 11-point victory over the Cowboys. That defeat is the lone blemish on Oklahoma State’s resume over the past eight contests.

“I would say that Oklahoma State is the hot flavor of the month,” said Nick Bogdanovich, Director of Trading for William Hill US. “They’ve got the No. 1 draft choice in Cade Cunningham, so they’re definitely popular. We opened this at Baylor -10 overnight, and it’s down to -9. That line still looks a little too high to me, I think this could come down even more. The money we do have so far is all on Oklahoma State.”

The Big Ten has been the most loaded conference in college basketball this season, and their top teams are all competing today. One quarterfinal matchup is between No. 5 Iowa and Wisconsin at 9 p.m. ET/6 p.m. PT. This spread has ticked down from the opening number, as the Hawkeyes have gone from -4.5 to -4.

“Iowa’s been a very popular team all year long, and I think this game will have one of the biggest handles tonight for sure,” Bogdanovich said. “Iowa swept Wisconsin in the regular season, but it’s tough to beat a team three times. Iowa also may not have one of their key guards [Joe Wieskamp] in this one. I think this line is priced right though.”

Even with the spread dropping slightly, the majority of William Hill bettors are still confident that the favorite will cover. Iowa has generated 83% of the total number of tickets and 79% of the total dollars wagered among all spread bets vs. Wisconsin.

Over in the ACC, No. 15 Florida State and North Carolina collide at 8:30 p.m. ET/5:30 p.m. PT on ESPN to see who will face Georgia Tech in the conference tournament final. The Tar Heels have been on a roll of late thanks to four wins in their past five, highlighted by an 8-point victory over these same Seminoles. The Tar Heels were listed at 200/1 to win the national title at William Hill back on Feb. 26, and now they’re priced at 60/1.

“Florida State is one of those teams that has made deep runs recently, and they’re still somehow slightly under the radar,” Bogdanovich said. “Leonard Hamilton has done such a great job there. Carolina’s really looked impressive of late though. They’ve got talent and Roy [Williams] has them peaking at the right time. This game will have a monster handle for sure.”

Florida State is a 2.5-point favorite in this matchup, and William Hill bettors are split on which ACC foe will this spread. While Florida State has the edge with 60% of the total number of tickets, North Carolina leads the way with 79% of the total dollars wagered. That includes one New Jersey bettor who put down $35,000 on North Carolina +2.5 (-110) for a total potential payout of $66,818.18.

“This has gone from Colorado -1.5 to -2 back to -1.5,” Bogdanovich said. “USC played in a double-overtime game against Utah last night, so we’ll see if fatigue could play a factor there. The total is low in this one, expecting a half-court slugfest there. This line is near pick’em and these are two good teams, should get good two-way action. USC, Colorado and Oregon, I think all three of them can get hot and make a run in the NCAA tournament.”

William Hill bettors are expecting the same pattern from the regular season to carry over to the Pac-12 tournament. Colorado has brought in 62% of the total number of tickets and 76% of the total dollars wagered among all spread bets vs. USC.