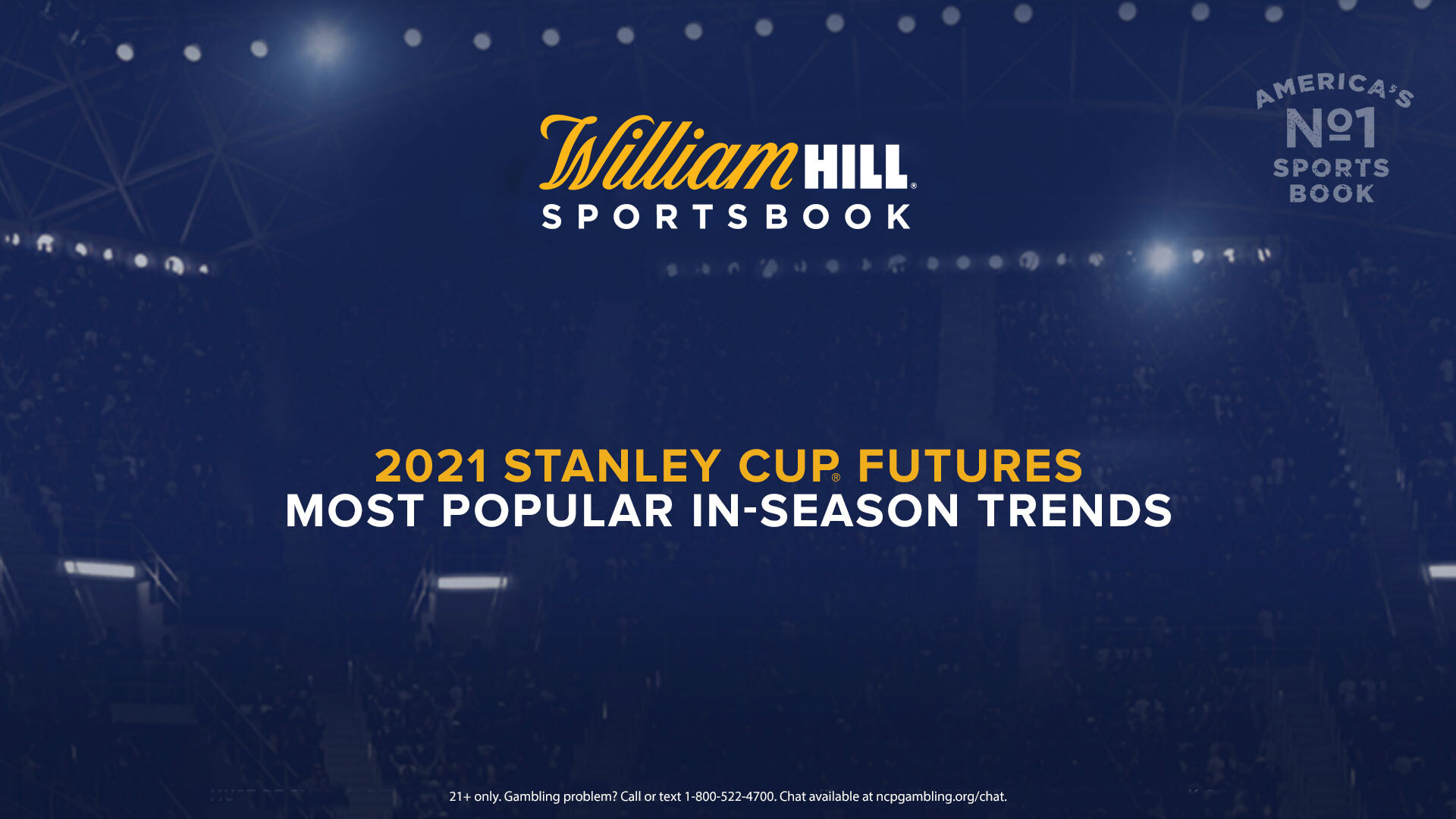 We are over a month into the 2021 NHL season, and there are several teams that look like contenders to hoist the Stanley Cup this summer.

So who have been the most popular Stanley Cup futures wagers at William Hill since the season began on Jan. 13?

The Golden Knights and Avalanche were +550 co-favorites at William Hill before opening night on the ice. Vegas, however, now stands alone atop the board at +550, with Colorado possessing the second-lowest odds at +650. The Golden Knights also lead the way in total number of tickets and total dollars wagered since the season started.

“They’ve gotten three times as many tickets as any other team,” said Nick Bogdanovich, Director of Trading for William Hill US. “We don’t get killed with the Golden Knights because their price was cheap, but we definitely lose with them. We have less liability this year with them because of where we opened them.”

The Bruins have attracted the two largest in-season 2021 Stanley Cup futures wagers as of now at William Hill. Two different Iowa bettors each placed $5,000 on Bruins 14/1 for total potential payouts of $75,000 apiece.

Along with the Golden Knights, Avalanche and Bruins, the other team to rank in the top five in both total number of tickets and total dollars wagered since the season began is the Canadiens.

Montreal was first listed at 50/1 when 2021 Stanley Cup futures were released on Sept. 29, and were down to 28/1 on opening night. Now the Canadiens have the sixth-lowest odds at 10/1, and are fourth in total dollars wagered since Jan. 13 at 7%.

Another long shot, though, has also brought in noteworthy action throughout the season.

“We have six-figure liability on the Canadiens right now,” Bogdanovich said. “Some people smelled the Canadiens out pretty good. The worst-case scenario though is the Panthers. They’re in first place and they were at 100/1. That’s still pretty good value for a first-place team, 35/1. But we’re hoping that they’ve overachieved and that they’ll come back to Earth.”

The Panthers have captured 3% for both total number of tickets and total dollars wagered, as Florida has surged to a 10-2-2 record and is tied for the second-most points in the league with 22. One Nevada bettor thinks this hot start isn’t a mirage, putting down $1,900 on Panthers 100/1 for a total potential payout of $191,900.